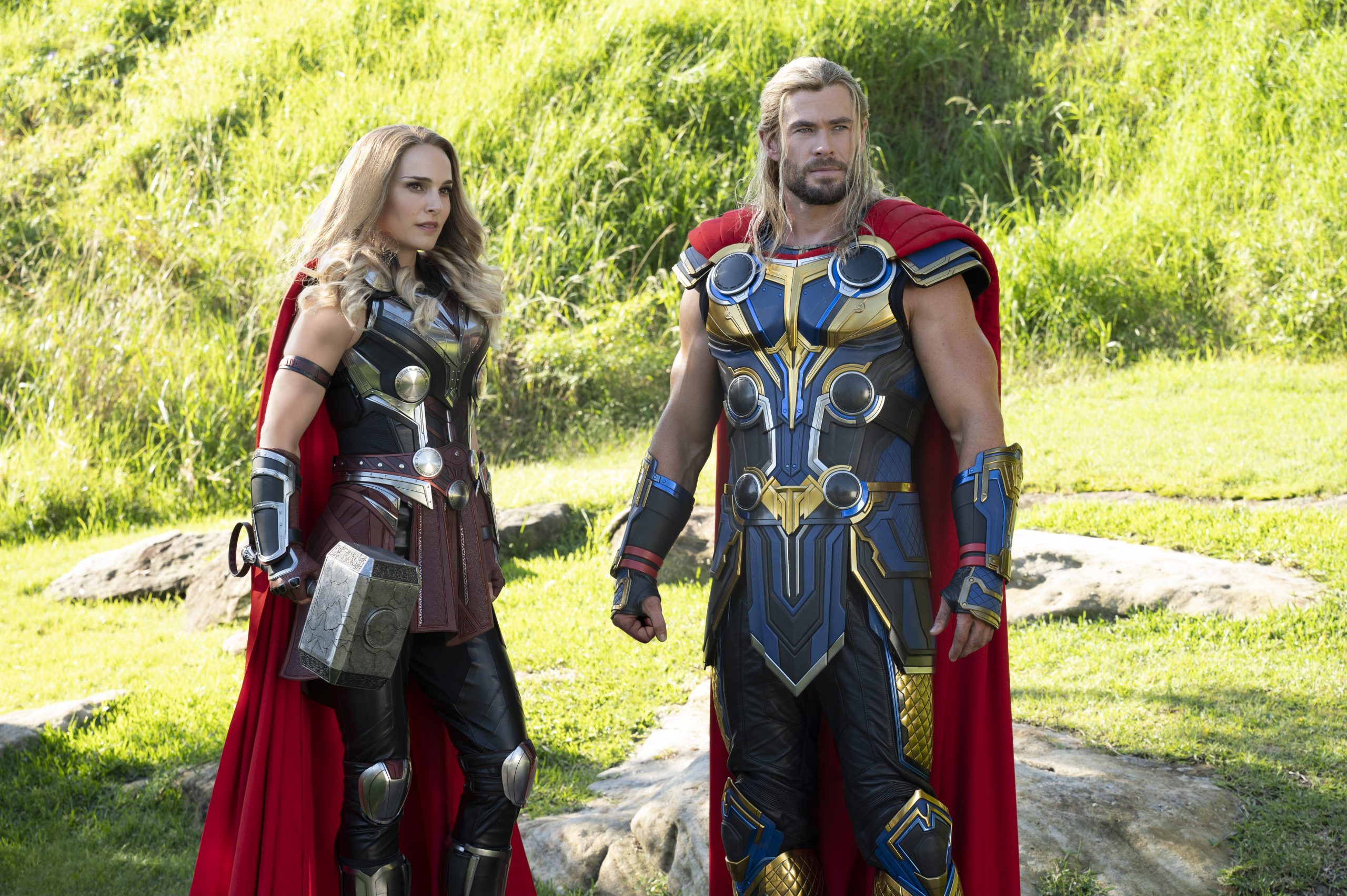 As announced over the weekend by Taika Waititi, Chris Hemsworth, and Tessa Thompson, the second trailer for the next MCU movie, Thor: Love and Thunder, just dropped during Game 4 of the NBA Eastern Conference Finals.

Check out the new electrifying trailer below:

Love and Thunder promises to be an emotional roller coaster for Thor Odinson, who will undergo a midlife crisis after finding out that Jane Foster (Natalie Portman) is not only back in his life, but is now wielding Mjolnir. Taika Waititi himself told the following to Empire Magazine:

“[Jane Foster]’s had a whole other life, and then the love of your life comes back on the scene, and is now dressed like you. It’s a real mindfuck for Thor. But I can’t promise anything. I think most people will assume that the love story is between Chris and Natalie. I can’t promise that what people think is going to happen in this film will happen.”

Waititi also said it will be a deeper film than Thor: Ragnarok, as it will deal with the human experience, something ironic for the God of Thunder. The director told the following to Entertainment Weekly:

“Ragnarok felt a bit like a party. It was quite festive. This one is still fun, and it’s got moments of being over the top, but thematically, it’s about something a bit deeper than the last film. It’s not a serious film, and it’s not a drama, but we do deal with ideas that I think a lot of humans deal with — universal themes about love and loss and our place in the world. Everyone sort of asks this question in the film: What is your purpose? What is the reason that you’re a hero, and what do you do when you have these powers?”

In addition to the main trailer, the official poster for Thor: Love and Thunder has dropped online:

Check out the brand-new poster for Marvel Studios’ #ThorLoveAndThunder and witness it only in theaters July 8. pic.twitter.com/pys1EimqRi

Taika Waititi is back in the director’s chair, and will share writing credits with Jennifer Kaytin Robinson (Unpregnant). The cast includes the return of Chris Hemsworth as the titular character, Natalie Portman as Jane Foster/Mighty Thor, Tessa Thompson as Valkyrie, Matt Damon as fake Loki, Luke Hemsworth as fake Thor, Sam Neill as fake Odin, and the additions of Christian Bale as Gorr the God Butcher, Melissa McCarthy as fake Hela, Russell Crowe as Zeus, and most of the Guardians of the Galaxy cast.

Thor: Love and Thunder will premiere in theaters on July 8, 2022.