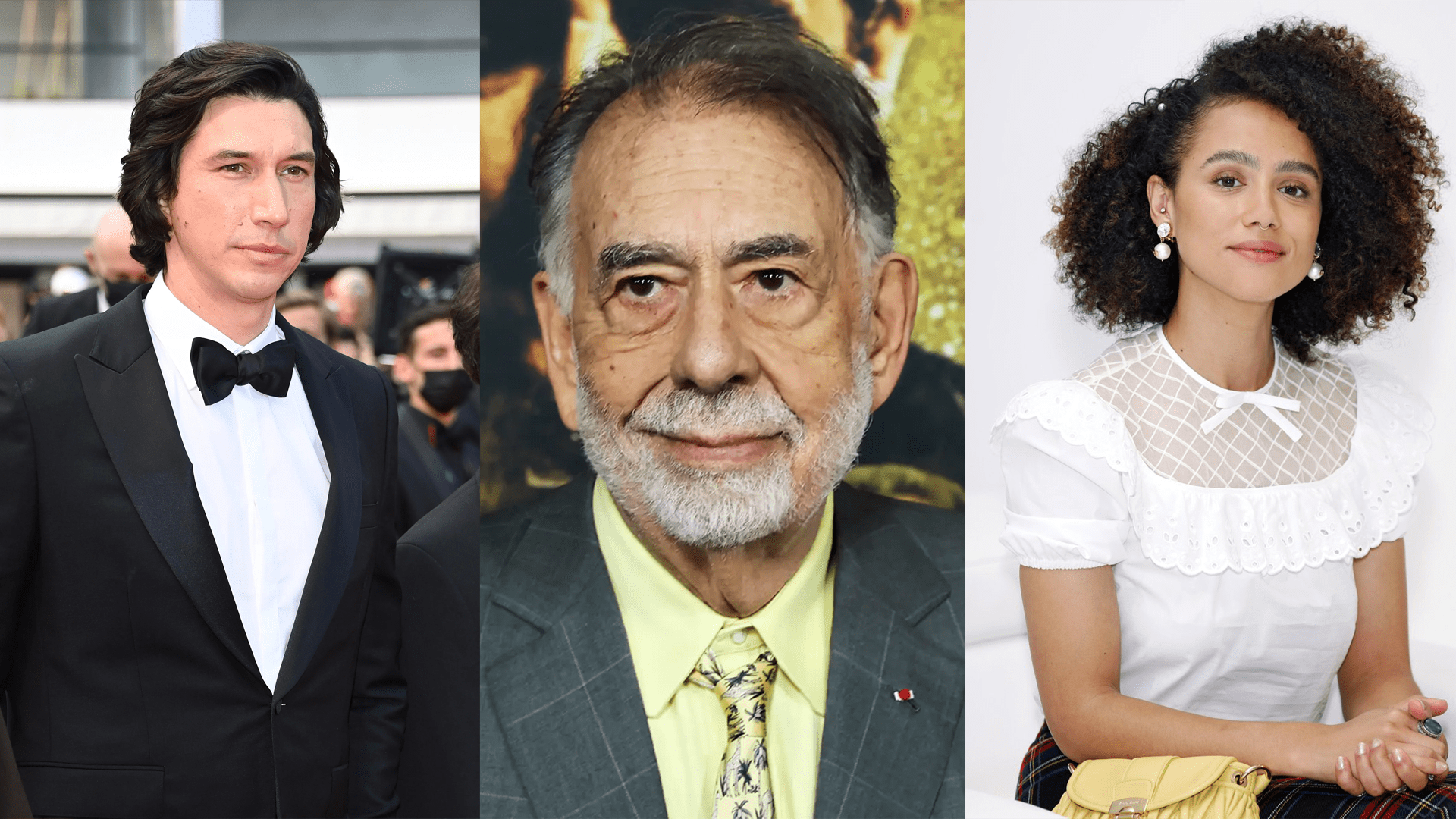 According to The Hollywood Reporter, the main cast of the movie will consist of Adam Driver, Nathalie Emmanuel, Forest Whitaker, Laurence Fishburne, and Jon Voight. This puts an end to years of rumors and different bits of casting reports. The logline of the movie reads: “The fate of Rome haunts a modern world unable to solve its own social problems in this epic story of political ambition, genius, and conflicted love.”

This might be one of the most anticipated projects of the last few years. Actors have been lining up and banging on Coppola’s door for several years now, but it looks like Driver and Emmanuel will be the leads of the film. Christian Bale, Oscar Isaac, and Shia LaBeouf were at some point in consideration to play the lead role, which we assume went to Driver. Zendaya had also been eyed by Coppola for the lead female role, which we assume is Nathalie Emmanuel’s. Cate Blanchett and Michelle Pfeiffer were also in contention at some point, though it’s unknown if it was for the lead female role, or a supporting part.

Voight and Whitaker had also been reported to be attached to the project, and now it looks like it’s a done deal. Fishburne, with Megalopolis, will be reuniting with Coppola more than 40 years after the two made Apocalypse Now together. Another reunion between Coppola and an actor will be with James Caan, who became a superstar after he played Sonny Corleone in The Godfather.

Megalopolis will cost north of $100M and Francis Ford Coppola himself will pay for at least the majority of the costs, if not all of them. The project has been in the works for many years, and right before the pandemic, it all looked like it was going to get made. Two and a half years later, we might actually get to witness Coppola yell “Action!” a few more times. No production date has been provided yet, but cameras will definitely start rolling before the end of the year. It’s possible it will be released in theaters late next year.

This is definitely not the end of the casting process, and much like we went through several months of Oppenheimer and Barbie casting news, we will probably be hearing a lot about top-notch actors joining Megalopolis in the coming months.