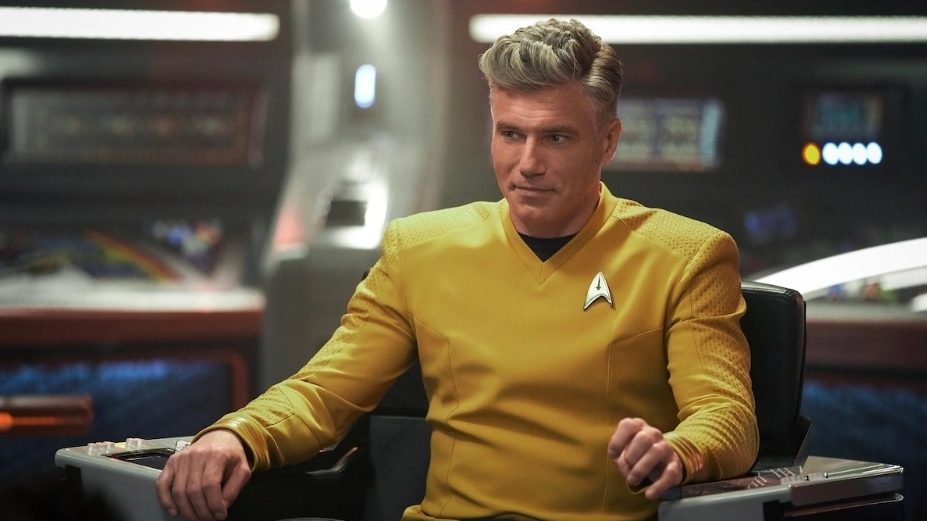 Star Trek: Strange New Worlds has officially premiered! Like many of you, I have been gushing with excitement over each new detail that was released about this new show. Everything from cast interviews to the sneak peeks and behind the scenes looks has had me counting down the days until the first episode dropped. Well, now it is here and it did not disappoint. If anything, it exceeded expectations.

Strange New Worlds follows Captain Christopher Pike (Anson Mount) Spock (Ethan Peck) and the rest of the crew from the Starship Enterprise. The series is more of what longer tenured Trek fans may be used to with its episodic style, but it comes in with a fresh flair to breathe in a new era of storytelling.

Spoilers for episode 1 of Star Trek: Strange New Worlds ahead.

Our first look at Captain Pike sees him almost exactly where we last left him; wrestling with the knowledge of his impending death. The thought of knowing exactly how and when he meets his end has him paralyzed by fear. Understandably so, of course. The inner conflict within Pike is a major theme throughout this episode as he attempts to regain his focus and healthy process for the future he knows awaits him. A visit from his friend Admiral Robert April (Adrian Holmes) thrusts Pike back into the captain’s chair before he feels he’s ready. The mission is this: travel to Kiley 279, where Starfleet had sent a ship to make first contact after detecting a warp signature. The ship they sent is led by Pike’s First Officer Una (Rebecca Romijn) or Number One, and has been unresponsive for some time. Pike and the Enterprise need to successfully make first contact, but also assist and perhaps save their comrades. 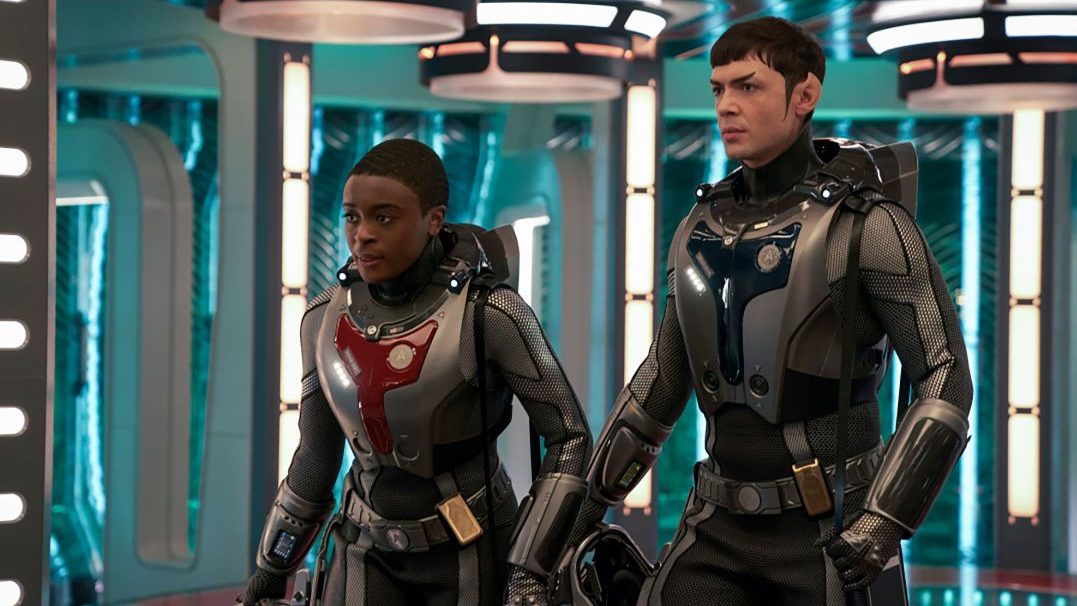 As Pike prepares to head back for the Enterprise, he calls in Mr. Spock as well. Unfortunately for Spock he had just been enjoying a romantic evening with his now fiancé T’Pring who is less than enthused about Spock’s devotion to duty at this current time. For those familiar with how their relationship plays out in the original series, you are probably just as curious as myself as to what changes they may make in Star Trek: Strange New Worlds.

As Pike settles into the captain’s chair he is introduced to (acting) First Officer, and early candidate for favorite new character, La’an (Christina Chong) as well as the “prodigy” Cadet Uhura (Celia Rose Gooding) and even learns of a certain Lt. Kirk who won’t be joining them until after the mission. The captain is less than sure of himself and distracted as the mission begins. Spock, seeing his distress, speaks with him as they go to warp. Pike confides in his trusted friend and listens to the wisdom Spock offers, even if he doesn’t fully understand it until the conclusion of the episode. 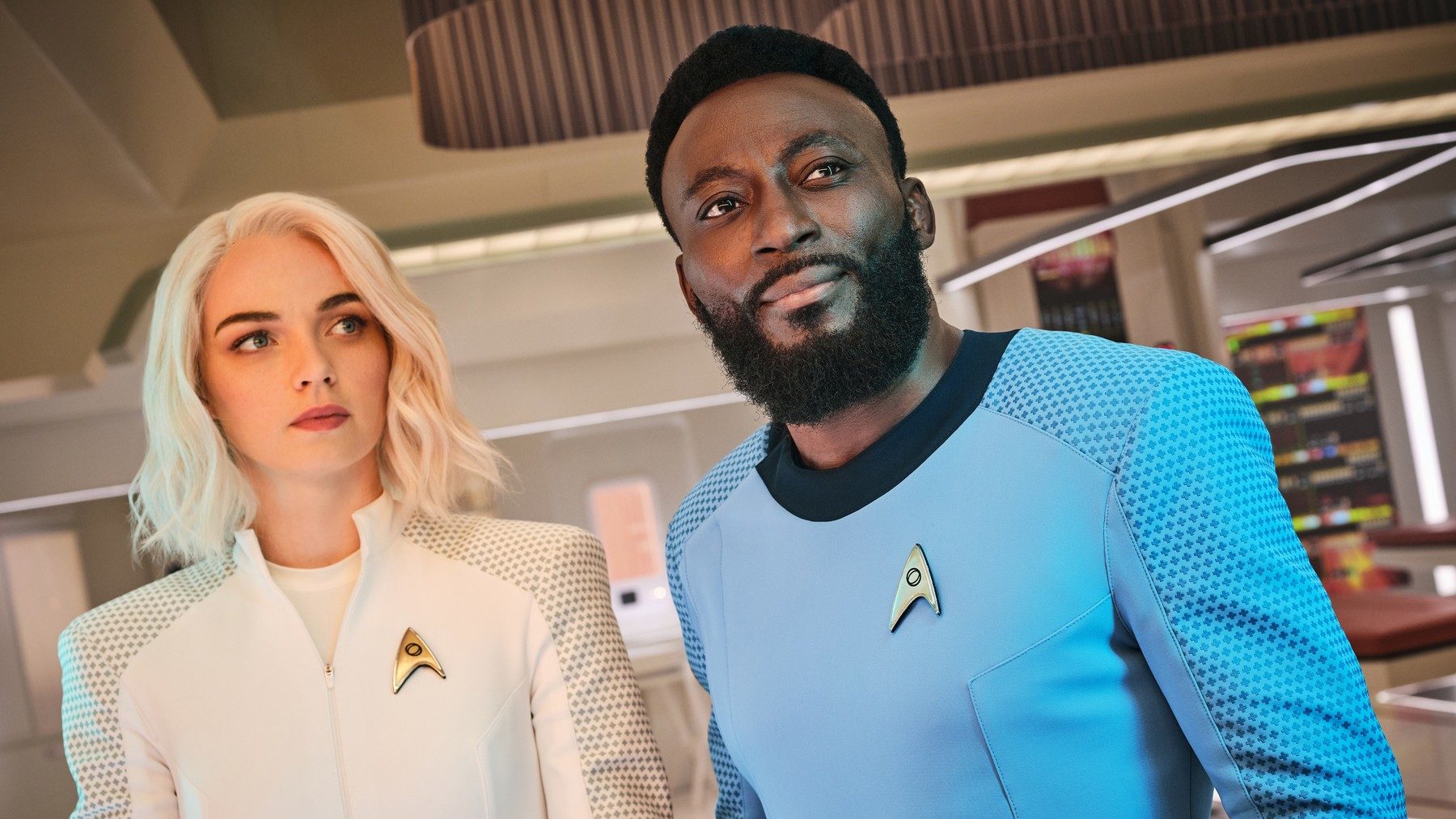 Upon arrival at Kiley 279 they discover an empty ship and no sign of Number One. With some help from Dr. M’Benga (Babs Olusanmokun) and Nurse Chapel (Jess Bush), Pike, Spock and La’an disguise themselves as the species below and make their way to the surface to find out what’s going on. After arriving, they discover a civilization on the brink of collapse and chaos. Two factions hellbent on destroying the other. After a short search, they find their missing crew members and learn a terrible truth. The warp signature Starfleet read was not of a functioning warp drive, but of a weapon designed by one faction to wipe out the other and, worst of all, Pike and company are responsible. For those familiar with Star Trek: Discovery you will know exactly how and why, but for those unfamiliar just be aware a necessary mission and battle took place near Kiley 279 and the planet’s technology collected enough data from the chaos above to create a weapon of unparalleled mass destruction.

In a move Starfleet would never sanction outright, Captain Pike proceeds with First Contact despite them being a pre-warp civilization. Both warring factions are brought together to discuss what to do with this new knowledge of alien existence, and in the midst of their dispute Pike shines his brightest. With Earth itself having nearly torn itself apart long ago, Pike pleads with the leaders to pave a better way forward and shows them just how far Earth has come since its near annihilation. Afterward, in an unprecedented move, he extends an offer to join the Federation. 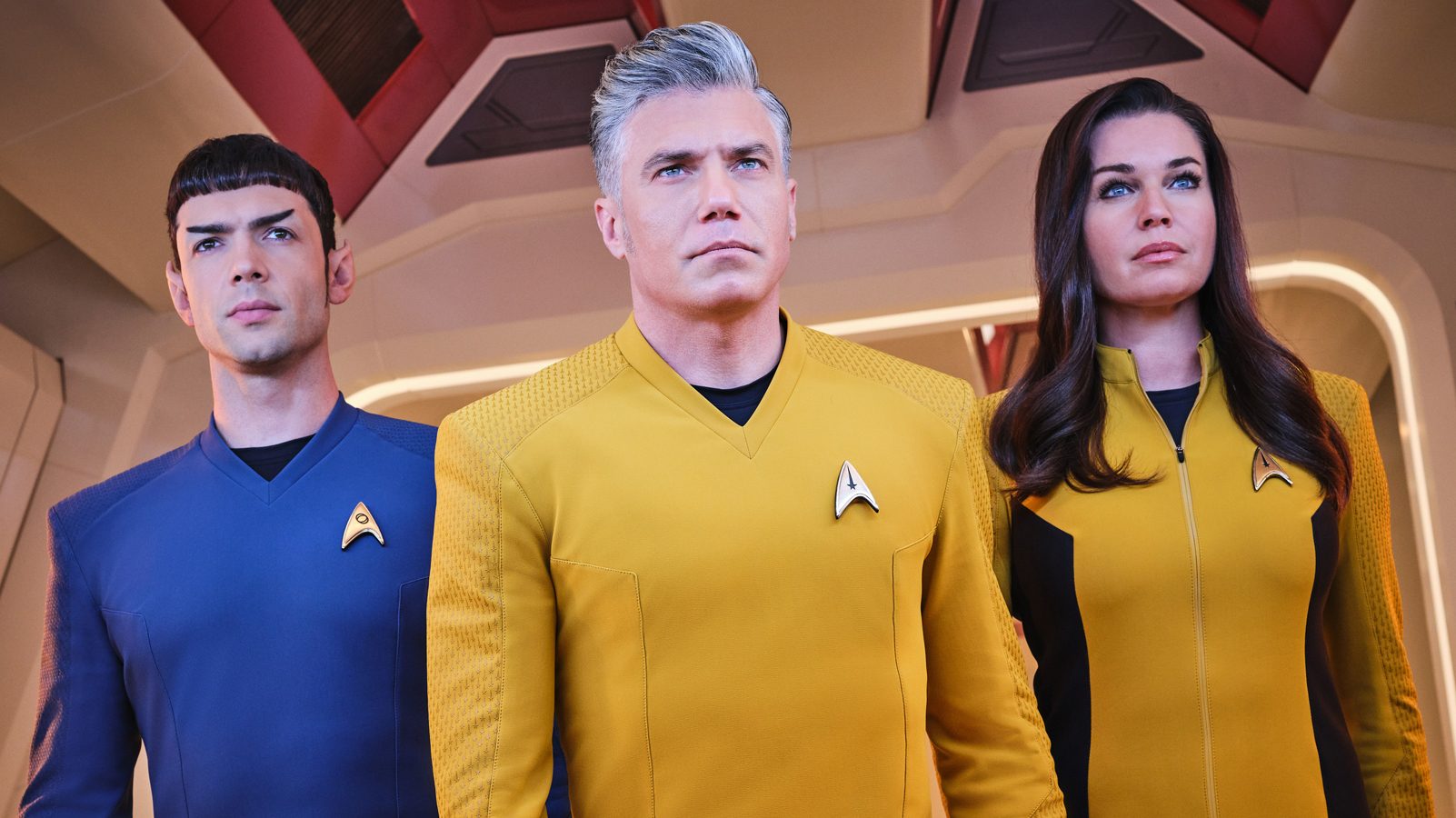 As the thrill of the mission winds down, Number One reassumes her role as ship’s First Officer and after an honest conversation with Captain Pike, La’an is invited to join the crew as the new Security Chief. I am excited for the opportunity to watch what Chong does with the character. Lastly, we are finally introduced to Lt. Kirk and it wasn’t who you may have been expecting. Samuel Kirk (Dan Jeannotte) with an absolutely sensational mustache I might add, made his way onto the bridge.

In conclusion, Star Trek: Strange New Worlds‘ premiere was sensational. It left you with the warm and fuzzy feeling Star Trek will give you. It continues to amaze me that after hundreds of episodes and several movies the franchise can continue to churn out new ideas and fresh stories. From the voice activated communicators in this era to the new take on Vulcan courtship and sexuality (let’s hope they build on this rather than just for tantalizing effect) they shuttle in these new ideas and concepts in impressive ways. The episodic structure will be a pleasant change of pace given what we have had with Discovery and Picard recently (of which I love both). Anson Mount’s hair is something to be marveled at and Ethan Peck continues to deliver brilliant performances as Spock. Get ready to “hit it” for several weeks to come.