‘Doctor Strange 2’: Sam Raimi on Making the Bloodiest MCU Movie Yet (No Spoilers) 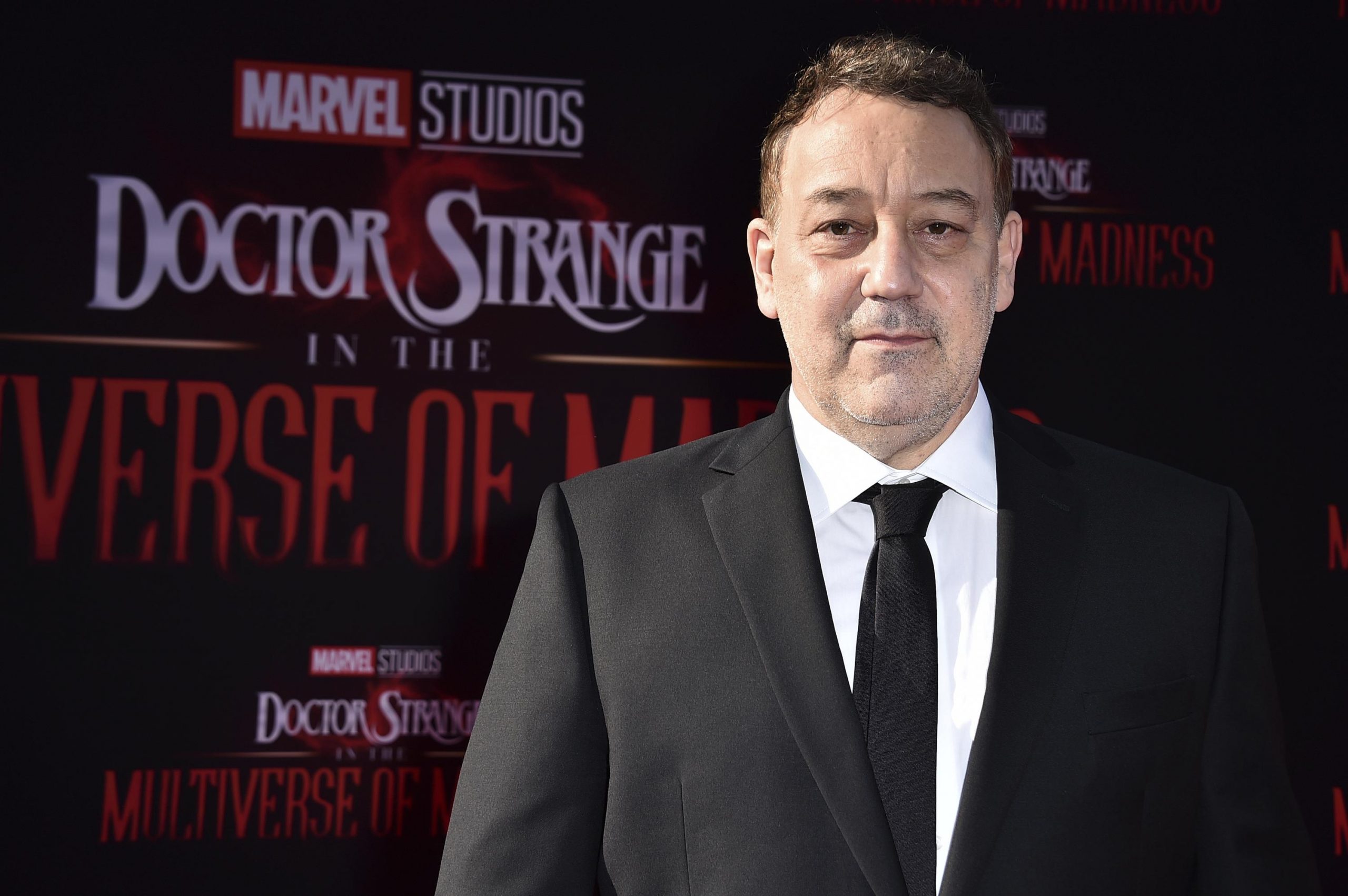 Doctor Strange in the Multiverse of Madness director Sam Raimi opened up about his take on the new Marvel movie, which is definitely the goriest project the studio has put out. NO SPOILERS ahead.

When the movie was officially announced by Marvel Studios chief Kevin Feige at San Diego Comic-Con 2019, it was described as the first horror movie in the MCU. At the time, Scott Derrickson was attached to direct, with Benedict Cumberbatch and Elizabeth Olsen headlining the cast. Six months later, Derrickson departed the project, and Feige contacted Sam Raimi for the job, almost 13 years after the last time the two worked together on Spider-Man 3.

As Raimi described to Entertainment Weekly a few days before the premiere, Feige passed on the mandate of making their first horror movie to him:

“When Marvel first announced ‘Doctor Strange in the Multiverse of Madness’, they said this would be their first horror entry in the Marvel universe, so that mandate was passed on to me. I said, ‘Great, Kevin, let’s make it spooky!’ Because the comics of Doctor Strange are spooky! He fights spirits and demons and all sorts of frightening monsters. So, I used a lot of what I had learned in making horror films — building suspense, delivering scares, keeping the audience on the edge of their seat — and was able to apply it in the making of this film.”

Raimi has always been a fan of the character, and he explained to EW exactly why:

“I had always been a Doctor Strange fan and a fan of the comics books as a kid. I think because he was a magician who was also a superhero, and he didn’t just fight bad guys. He had a cosmic aspect to him, where he would protect the Earth and the universe from magical threats.” 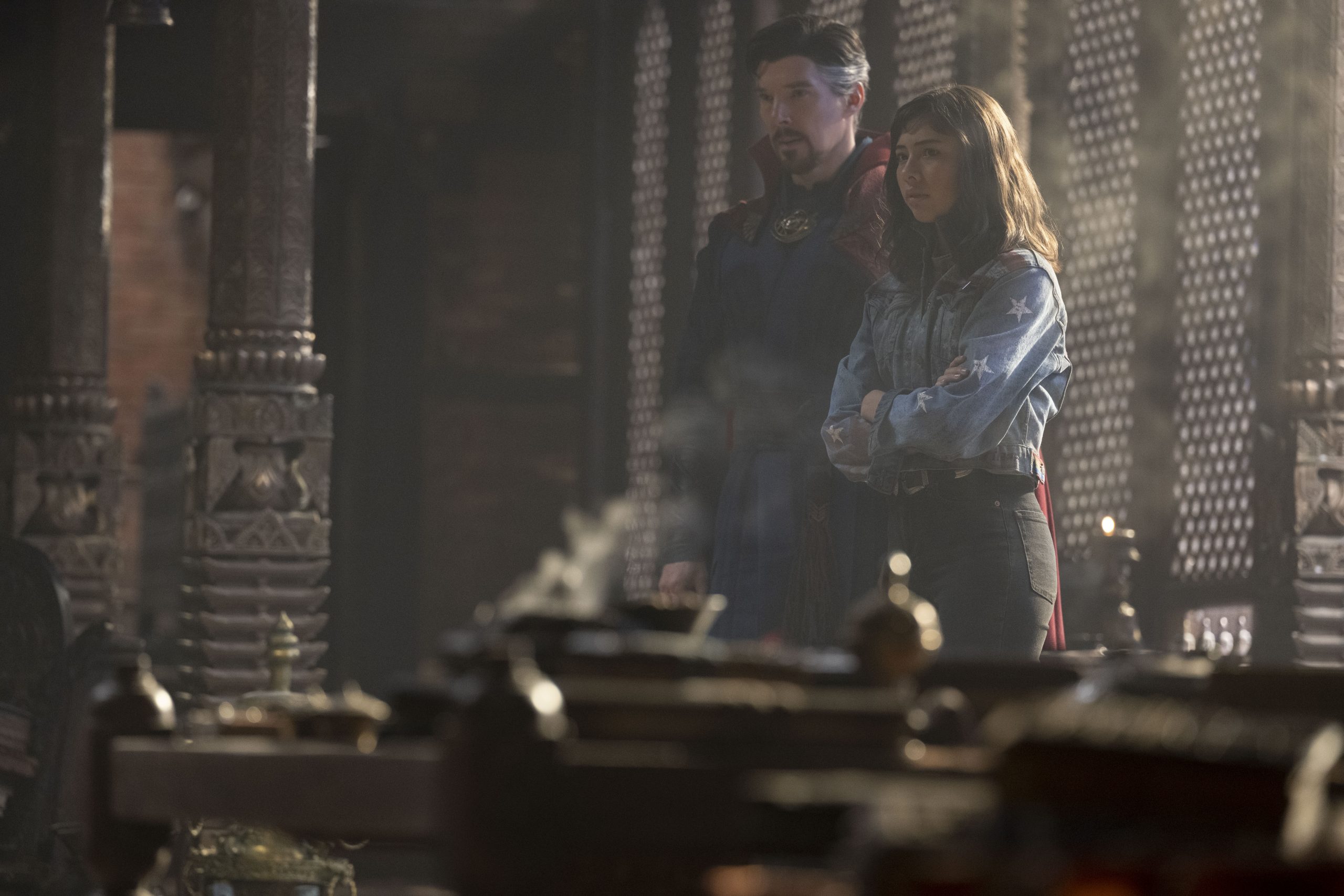 He went on to describe Strange’s arc on the movie, which turns out to be quite unique for a superhero movie:

“In this movie, he makes a tiny little journey from being a very proud superhero to being someone who learns a modicum of modesty and learns that other people can be trusted, too. He’s not the only one that can do the job. It’s about coming to understand that others have worth and he’s not better than everyone.

I find when the characters are anchored emotionally, you really can go to great extremes on the canvas of fantasy or horror or adventure.”

Strange also appeared in last December’s Spider-Man: No Way Home, which had a similar production schedule to Multiverse of Madness. That meant the creative teams on both movies had to work closely together for the character to be consistent across stories:

“Our movies were shot in a parallel way, and we had to keep abreast of their story information. What did Doctor Strange know after the last Spider-Man movie of the multiverse? Did he remember anything? We really needed to pick up right where they left off. So, there was a lot of trading of information, and there was a lot of rewriting on our set because they would make a change.” 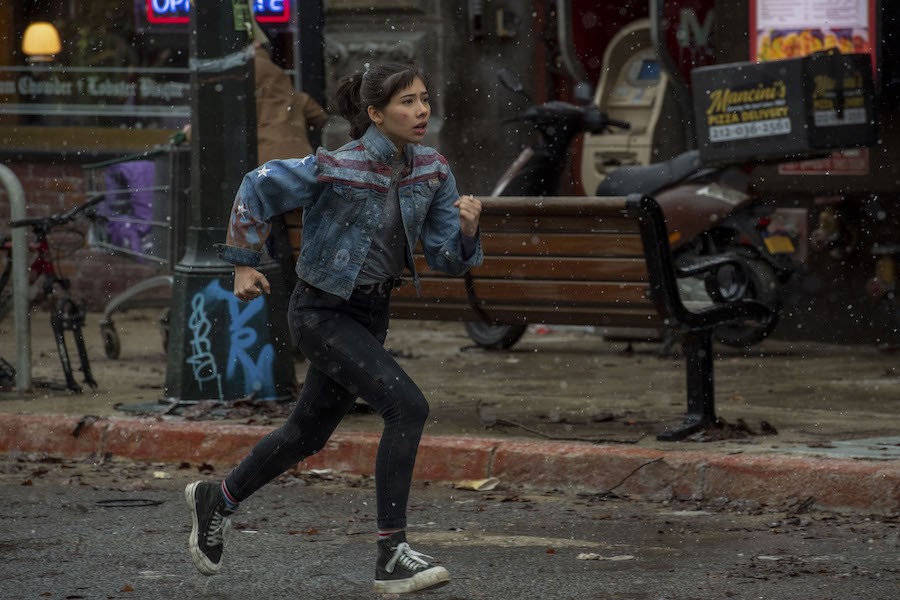 We learned recently about one of those changes: América Chávez was initially going to be in No Way Home, playing Ned’s role of the wizard apprentice. But since Multiverse of Madness was delayed until after No Way Home came out, the Spider-Man team had to course-correct.

Raimi also added that he’s open to a return if Marvel calls him back:

“I’m open to anything. As long as there’s a team that really cares about the characters as much as Marvel does, it’s a pleasure to work there.”

Doctor Strange in the Multiverse of Madness is currently playing in theaters. You can check out our (spoiler) review here.