‘Rogue Legacy 2’ Review: Honoring the Past in All the Right Ways 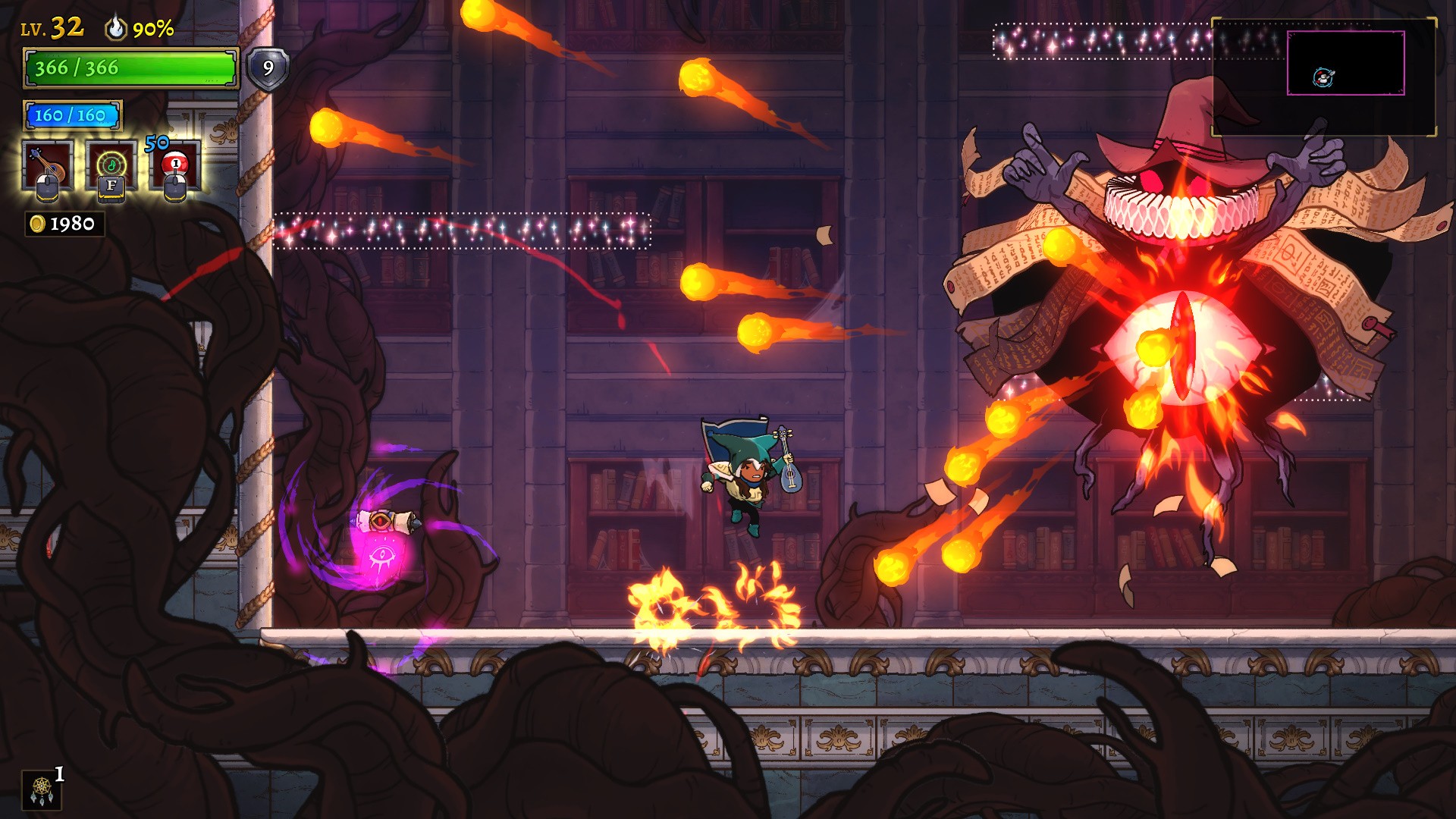 After a solid early access launch in 2020, Rogue Legacy 2 has finally reached its 1.0 destination.

Indie studio Cellar Door Games jokingly describes its new title as the result of mixing the first Rogue Legacy (2013) and a sequel, and that’s pretty much what we’ve received. Players looking for a radically different take on the formula might be disappointed — this is no Risk of Rain 2, a roguelite that made a huge jump from 2D to full 3D — but I’m happy to report Rogue Legacy 2 is pretty much a perfect sequel in all the right ways.

Nowadays, we’re getting a new roguelite that honors Castlevania-like gameplay almost every month; procedurally generated “metroidvanias” are an entire subgenre at this point. And that means players who are into these games have to plow through an ever-increasing number of half-baked releases which lack a unique voice. Rogue Legacy was among the very first to crack the roguelite genre from an indie POV, and Cellar Door’s expertise and experience clearly shows with this sequel, making 90% of the similar stuff we’ve played in recent years pale in comparison. 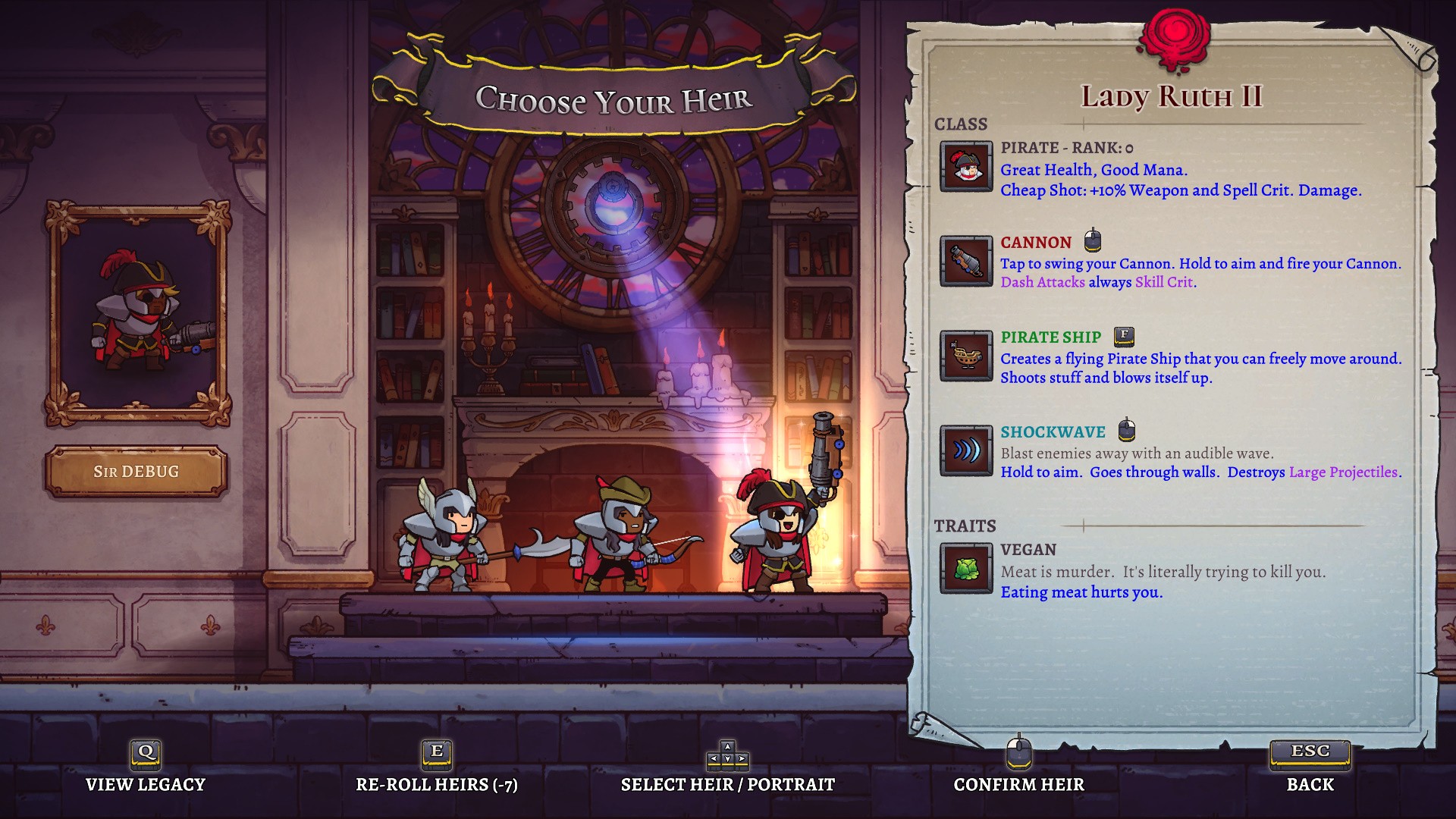 At the center of the original game, there was an extremely attractive idea: every time your character (a valiant knight) dies, they’ll be replaced by an offspring. And those new heroes are procedurally generated as well; they have unique traits, skills, and bonuses/penalizations which range from being literal clowns to seeing the world upside down (hilarity ensues). Once you stack that system, with all the variance it contains, on top of an already notable take on metroidvanias, you get a banger of an indie title. Unsurprisingly, people responded really well to the formula. But the folks at Cellar Door took their time with a tentative sequel, first developing Full Metal Furies in order to consider new approaches to game design. In hindsight, that was the right move, as Rogue Legacy 2 nailed what made the original great without feeling like an oversized content update.

Once you start the game, the first striking difference between the entries is the new hand-drawn look (which packs some 2.5D elements), a rather big departure from the first entry’s pixel art. Moreover, this evolution is also present in the game’s original soundtrack by Gordon McGladdery & Judson Cowan, who had more freedom to come up with both joyful and somber themes outside the previous “retro” restrictions. But none of this means the original spirit has been lost. Quite the opposite: Rogue Legacy 2 channels the core identity of its predecessor effortlessly while making every character, enemy, item, and piece of architecture livelier and more detailed. For newcomers, this will be a good-looking roguelite, but veterans will instantly fall in love with the sensible glow-up crafted by the studio’s artists. 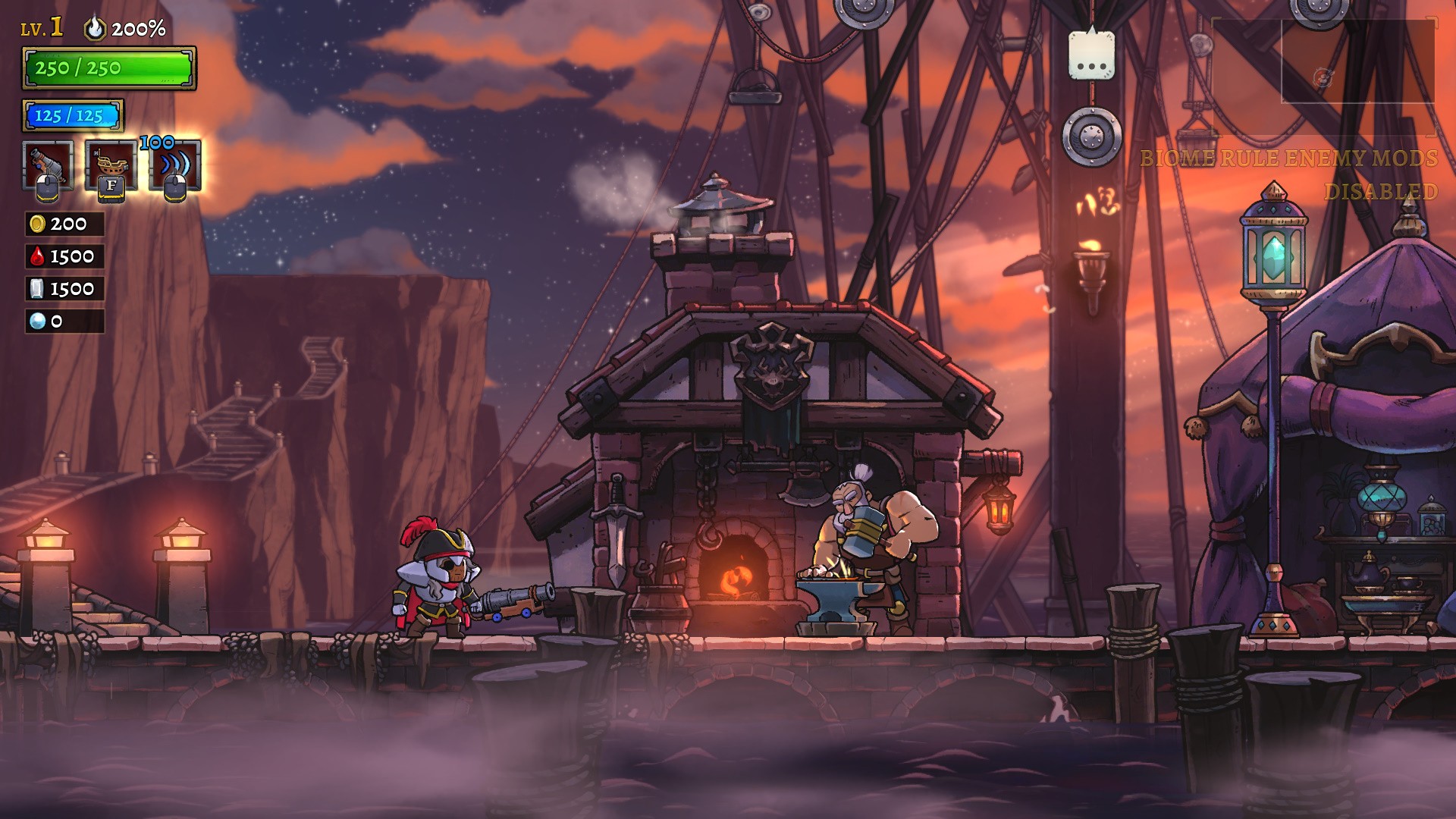 The classic Rogue Legacy structure remains intact here: you charge into the big citadel that must be reclaimed for honor and glory, progress as much as you can, get killed at some point, and buy upgrades with the money you’ve earned before embarking a new adventure with a successor. Eventually, you’ll take on the final boss that waits behind a massive gate that must be fully unlocked first. Two key elements of the original also make a return: Charon taking more money than he needs to take you to the citadel, and the citadel and its surroundings completely changing their layout after each run. And, much like in the original, both of these events can be offset through certain upgrades and friendly characters.

While everything may sound familiar, things quickly become deeper than they were in the first game; the dynasty’s manor (which grows with each upgrade you acquire) has many more branches this time around, resulting in more unlockable classes, build possibilities, and new ways to improve and level up future heroes in general. Equipment upgrades and runes also make a return, but maybe the biggest evolution comes from the new classes — there are more of them, and the differences between them have never been greater. The most original additions include chefs, gunslingers, and boxers. It’s all excellent zany fun that constantly toys with the game’s absurdist sense of humor. Moreover, veteran classes, such as mages and barbarians, also received sizable reworks that alter how they play even outside their unique skills. Some of them feel rather underpowered and non-viable for serious runs though. 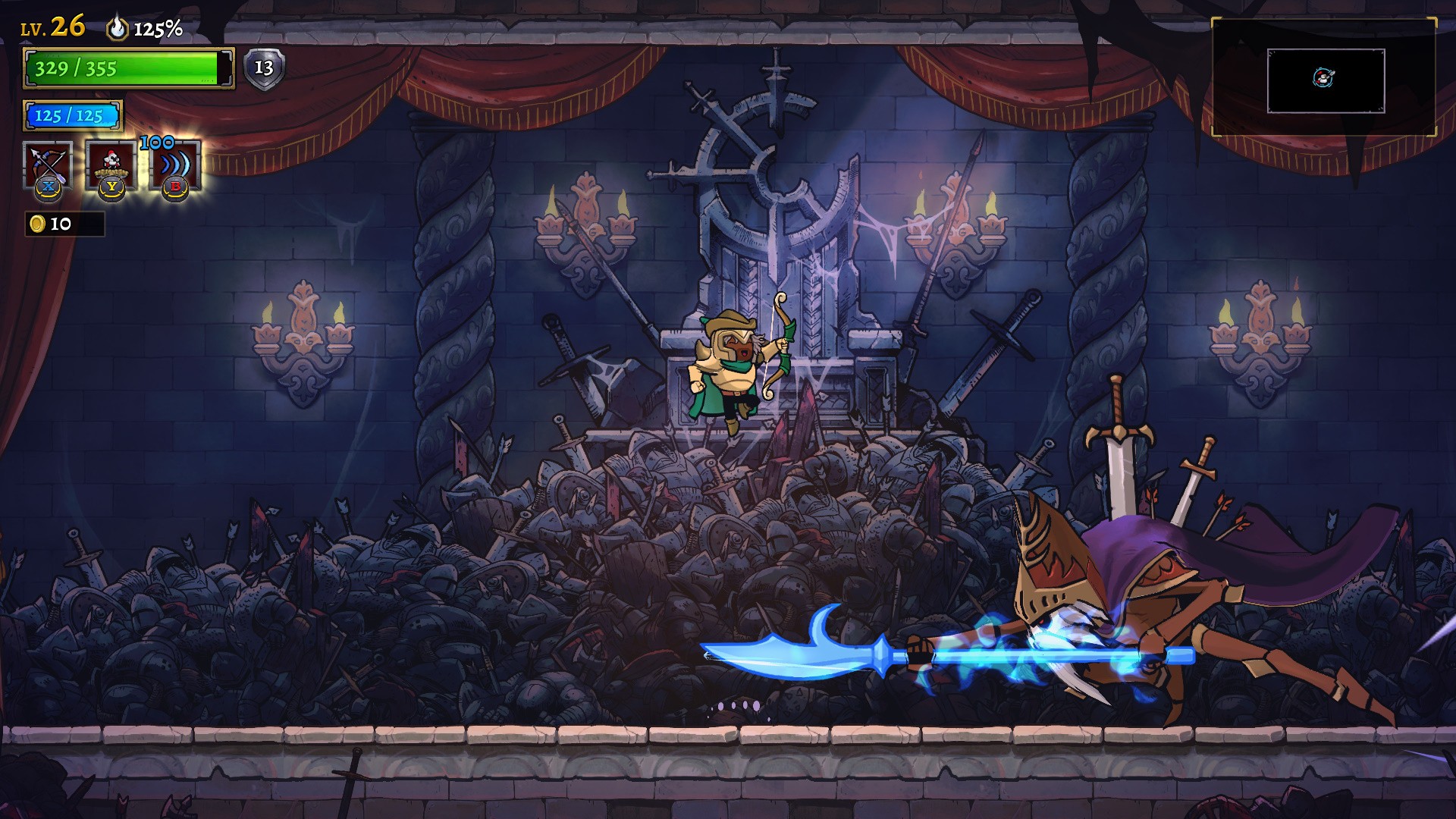 The basic controls will be familiar for anyone who spent some time with the first installment, but they do feel snappier — I often had problems with the characters’ orientation while fighting in the original, but that’s all gone here. It’s a highly responsive game that even dares to lean harder on platforming elements to make new rooms and random challenges feel more exciting and rewarding to crack. Plus, platforming on enemies is now a whole mechanic that pays off big time once you master it.

RPG elements and stats also gained a bigger role, with pick-up items found in the levels topping off a heavier focus on actually paying attention to the class you’ve rolled and the equipment you’re wearing. While “power levels” felt pretty much locked in the first Rogue Legacy once you exited the manor and the camp, additional character progression can occur inside the citadel this time around. Cellar Door has chosen to double down on familiar elements from other roguelites to spice things up, and it’s a welcome inclusion. Furthermore, coming across legendary items in early rooms makes the option to lock down an already-visited citadel layout much more attractive. 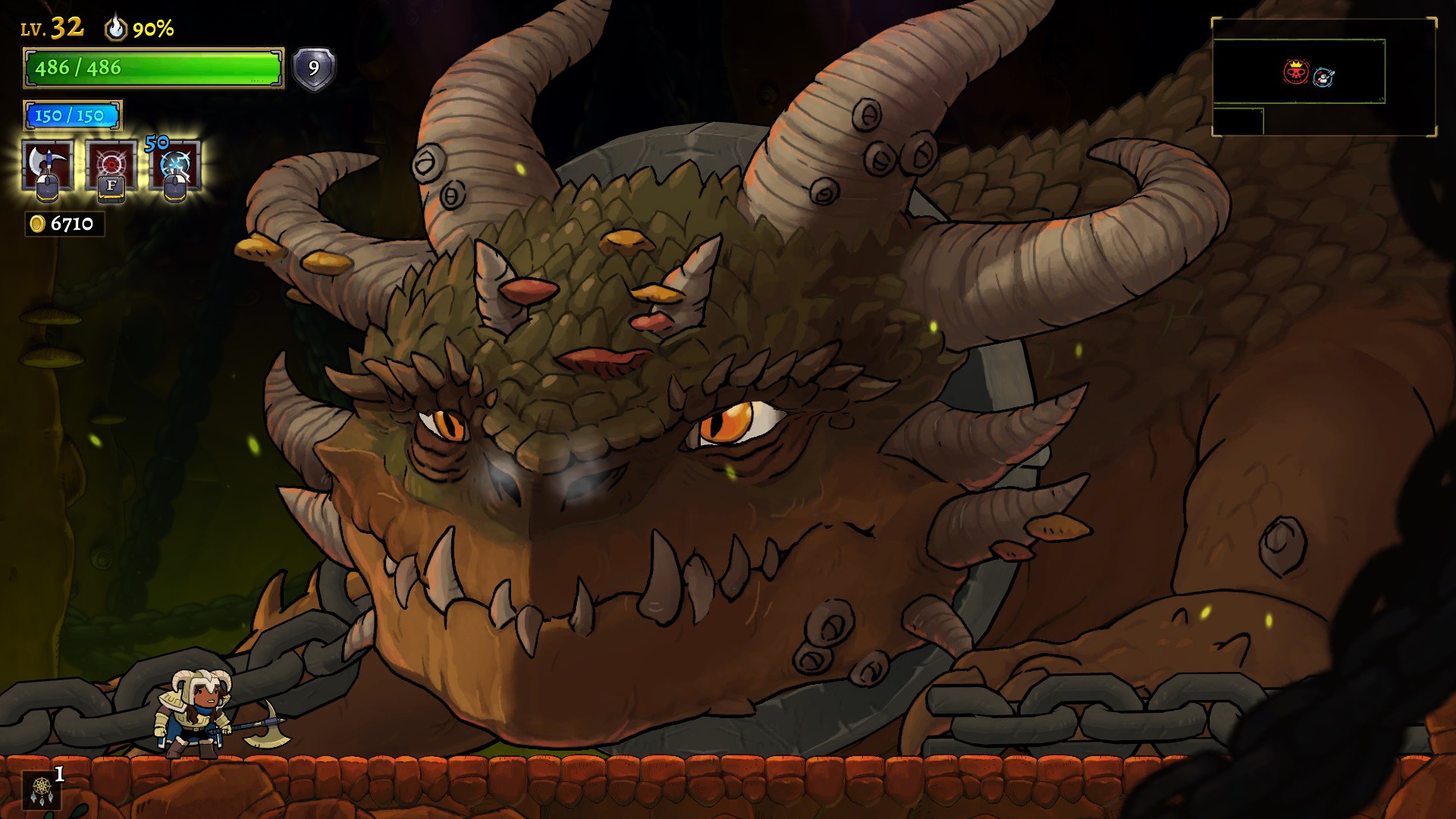 When it comes to enemies and bosses, Rogue Legacy 2 also takes bigger swings. Many foes, especially in the early stages, make a return, and some have been upgraded as well. But the new enemies definitely make things harder from the very start, and the new bosses feel stronger (and visually grander) too. I’m guessing this was done in order to balance out some of the new classes and the higher number of possible overpowered builds, but I fully expect more casual players to feel overwhelmed at first, with some of them even dropping out before they figure out how the game’s loop works. There’s a nifty set of accessibility options available in the pause menu that help tone the experience down, but the game never stops to point it out, which is a weird omission in this day and age.

All in all, Rogue Legacy 2 is a huge win and a reminder that great sequels don’t need to be radically different in order to wow and offer engrossing experiences. More importantly, even after a superb 1.0 release which contains a large number of content updates, there’s plenty of room available for new areas, enemies, classes, items, and all sorts of systems to make the grind and procedural adventuring even more captivating. Hopefully, further balance passes will be part of the post-launch plans too.

Rogue Legacy 2 is now available on PC (Steam and Epic) and Xbox consoles. PS4/5 and Nintendo Switch releases are probably coming in the near future.

Thanks to Cellar Door Games and Vicarious PR for the Xbox review code.