Marvel Studios has finally released the first trailer for the upcoming Thor: Love and Thunder.

We won’t keep you waiting after such a long delay from Marvel, so check it out below:

Check out the official poster too: 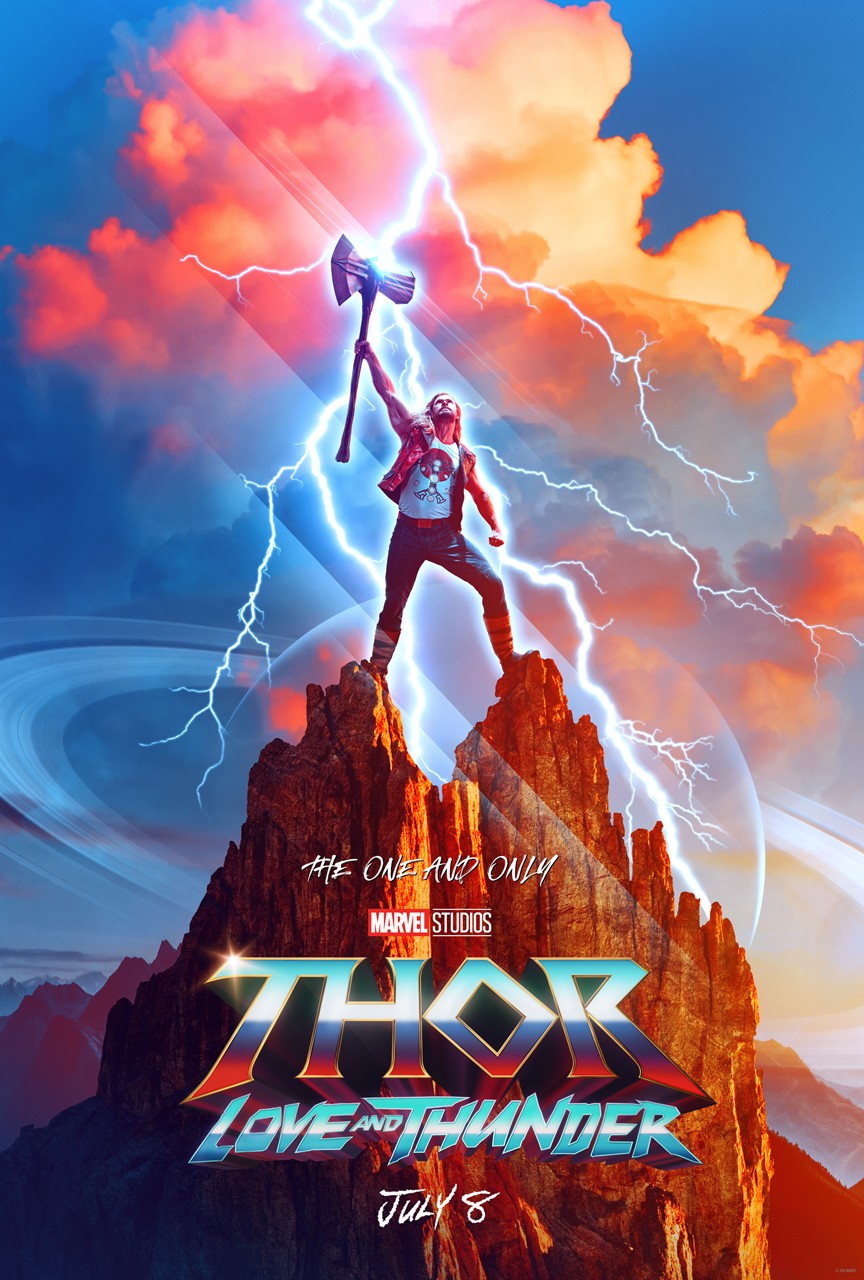 Love and Thunder will be the second Marvel movie released in theaters this year. It will come out two months after Doctor Strange in the Multiverse of Madness, and four months before Black Panther: Wakanda Forever is scheduled to release. 2022 will also see the release of (at least) three Disney Plus shows in Moon Knight (already out), Ms. Marvel (June 8), and She-Hulk, which is currently undated, but will probably come out during the fall.

Taika Waititi is back in the director’s chair, and will share writing credits with Jennifer Kaytin Robinson (Unpregnant). The cast includes the return of Chris Hemsworth as the titular character, Natalie Portman as Jane Foster/Mighty Thor, Tessa Thompson as Valkyrie, Matt Damon as fake Loki, Luke Hemsworth as fake Thor, Sam Neill as fake Odin, and the additions of Christian Bale as Gorr the God Butcher, Melissa McCarthy as fake Hela, Russell Crowe as Zeus, and most of the Guardians of the Galaxy cast.

Thor: Love and Thunder will premiere in theaters on July 8, 2022.