‘Hunt: Showdown’ Plays Better Than Ever After Its 1.7 Update, Especially on Next-Gen Consoles 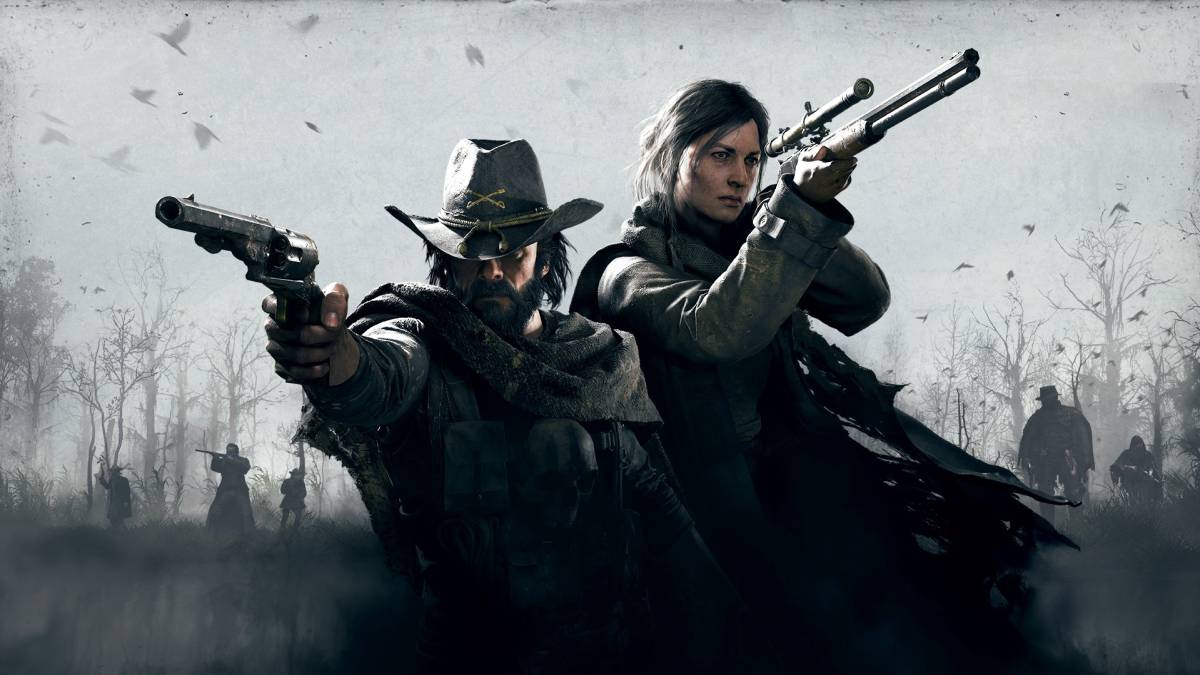 Hunt: Showdown has introduced lots of improvements with its 1.7 update, including 60 FPS support on next-gen consoles, and it’s never felt more welcoming.

Crytek’s PvPvE shooter has been around for a few years, but right now feels like the perfect time to jump in. I gave it a fair shake over a couple of (spaced) free weekends last year, and I was impressed by the overall formula the veteran developer had come up with, despite some rough edges. However, I felt like the learning curve was a bit too steep, with the game throwing lots of mechanics and tips my way before I had even figured out how to approach the simplest of conflicts in an effective manner.

I’ve now returned to the game through its PS4 version (thanks to Crytek for the code) played on PS5, and it’s been a blast so far. In fact, I think I’m gonna stick around for the foreseeable future, as it’s giving me a unique and unpredictable FPS experience. For newcomers, here’s the basic rundown: ugly, twisted monsters lurk in the darkest corners of the late 19th-century American countryside, and you’re the bounty hunters crazy enough to take them down. The problem? Other hunters have no problems with shooting you in the face and stealing the prize. It sounds extremely fun and tense because it’s extremely fun and tense. 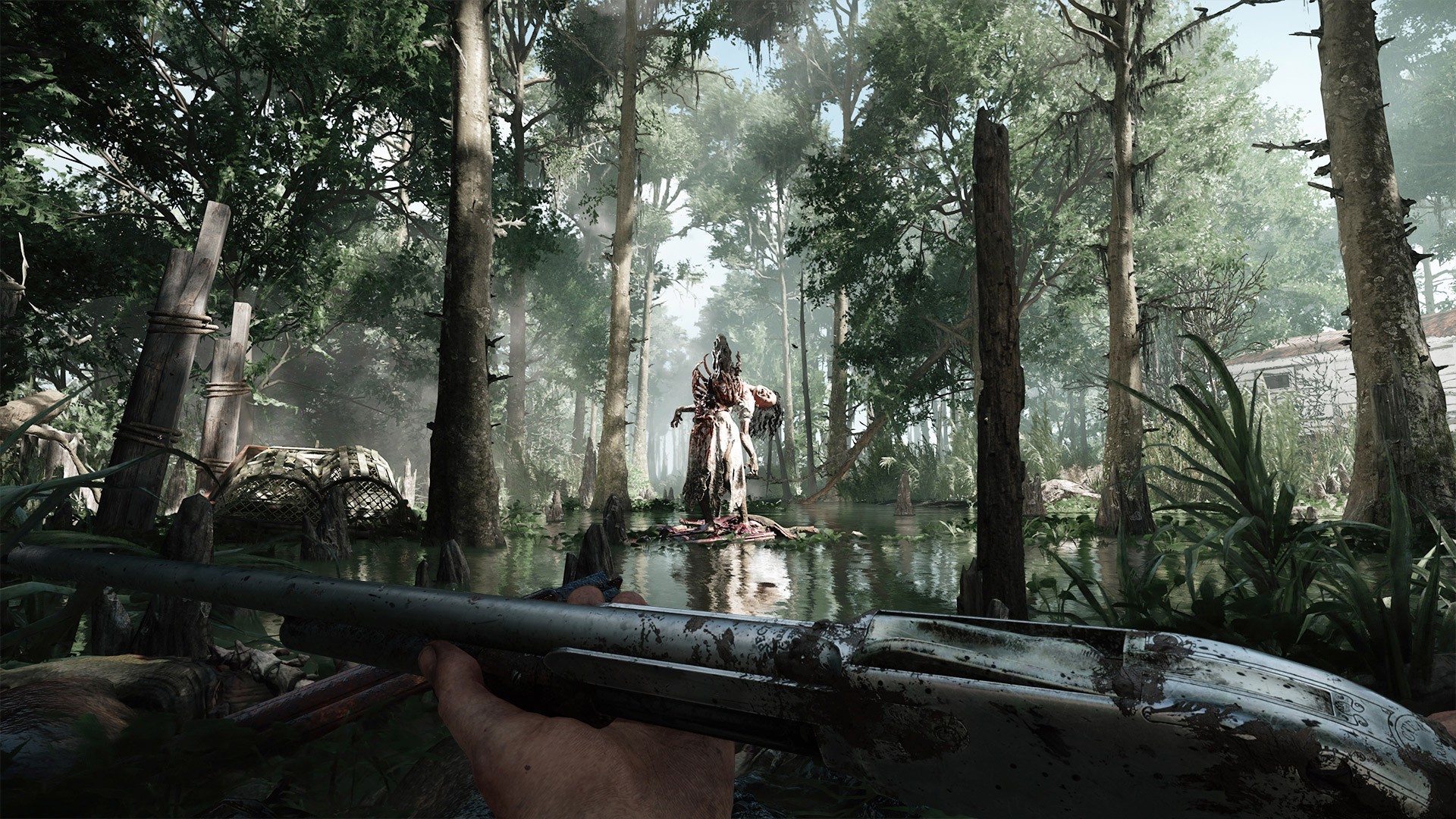 While the original vision for the game fell in line with Left 4 Dead and other horror-themed co-op shooters, the title was rebooted and turned into a spicy mix of high-stakes PvP survival and methodic monster hunting. The general reception was favorable when Hunt arrived via early access on Steam in 2018, but (as usual with these releases) building trust took a while. The Crytek folks, who became uber-famous thanks to Crysis, are no strangers to assembling beautiful environments and crafting exquisite gunplay, but nailing such a project ain’t easy. The fact this game’s not free-to-play made sustaining a stable playerbase extra difficult, too.

Once the biggest issues bringing Hunt down were pushed aside and fixed, a dedicated community started to flourish, and regular (free) content updates kept expanding the experience and adding new ways to play the game — paid DLCs have been limited to Legendary Hunters (they look cooler and that’s it) and weapon cosmetics. When I joined the hunt, a few hours were spent roaming Louisiana swamps and getting into trouble. Only problem was that I felt a bit lost even around the ten-hour mark. My return with the console version of the game has been much more enjoyable; the controller layout is (for once) less confusing than its M+KB counterpart, veteran players appear to be friendlier and more helpful on these platforms, and single-player Trials are the perfect way to get to know the maps and secondary creatures that shamble aimlessly in them. On top of that, PS5 and Xbox Series X/S now have automatic access to unlocked framerates — Hunt was clearly designed with PC in mind as the main platform, but it’s nice to experience a competitive yet slow-paced shooter on the couch. 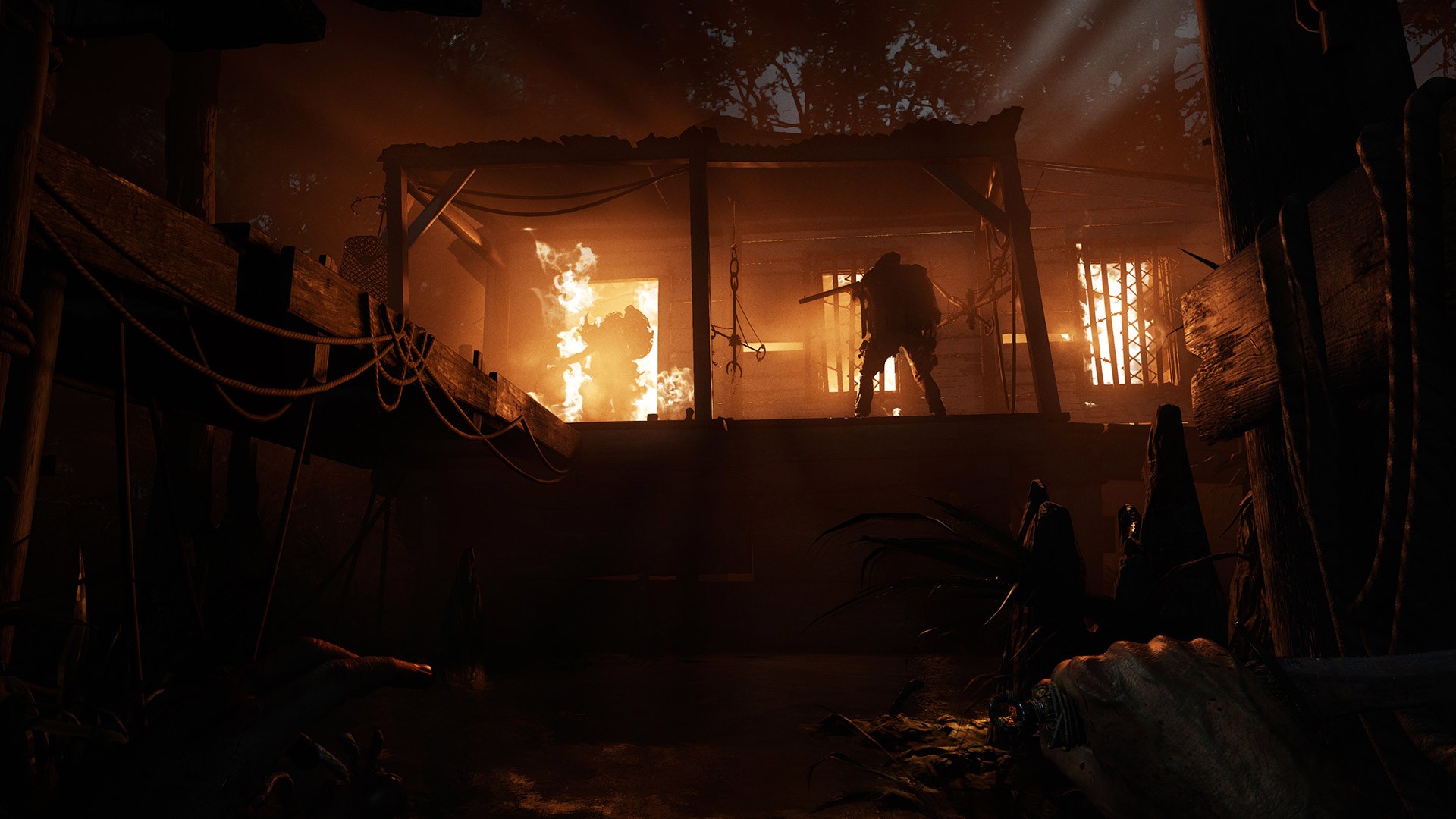 I’ve now also learned to approach Hunt: Showdown on its terms — the core experience isn’t a battle royale nor a frantic co-op romp, and requires both swiftness and patience. Much like its worn-down, creepy setting, the gameplay and overall flow of the Bounty Hunt matches get under your skin, and it’s great. Needless to say, the art direction and overall visuals that Crytek delivered are just right for the game’s premise, yet never derivative. I think it’s extremely difficult to make a multiplayer game feel cinematic (it’s not achieved automatically with triple-A budgets), but the developer managed exactly that here, and that’s remarkable on its own. Good headphones for awesome 3D audio that elevates the unnerving sound design are a must, too.

On the not-so-good side of things, I still think the main menu is too overstuffed and overwhelming — the game does a great job of explaining how to tackle its gameplay loop, but I can’t say the same for all the systems that surround the matches. It takes some time to get used to how equipment, recruiting (hunters die… permanently), and each bit of progression work, thus I can see many players jumping ship long before it all clicks together. The absolute absence (no tentative date, no nothing) of a native version for next-gen consoles is also weird, especially given Crytek’s resources; the uncapped framerate update took its sweet time to arrive, so we’ll see about that. It now plays great on PS5 and Series X/S, but we’re still getting the reduced visuals used for last-gen machines.

After the aforementioned 1.7 update, which introduced a slew of much-anticipated QoL changes and additions, like the reconnect feature everyone was asking for, Hunt appears to be on track to become bigger than it’s ever been. I’d still say it’s a niche game that feels harsh at first, but it has more than enough personality and aces up its sleeve to entice plenty of FPS fanatics (and even casual gamers) looking for a different type of online experience, plus Quickplay offers novel battle royale-ish thrills. It’s definitely cast a spell on me, and I hope its future contains plenty of new nightmares to banish and hunters to recruit. Moreover, Crytek is gearing up to put together a live-action TV series for the upcoming streaming platform Binge, so I’d say the IP is only starting to grow up.