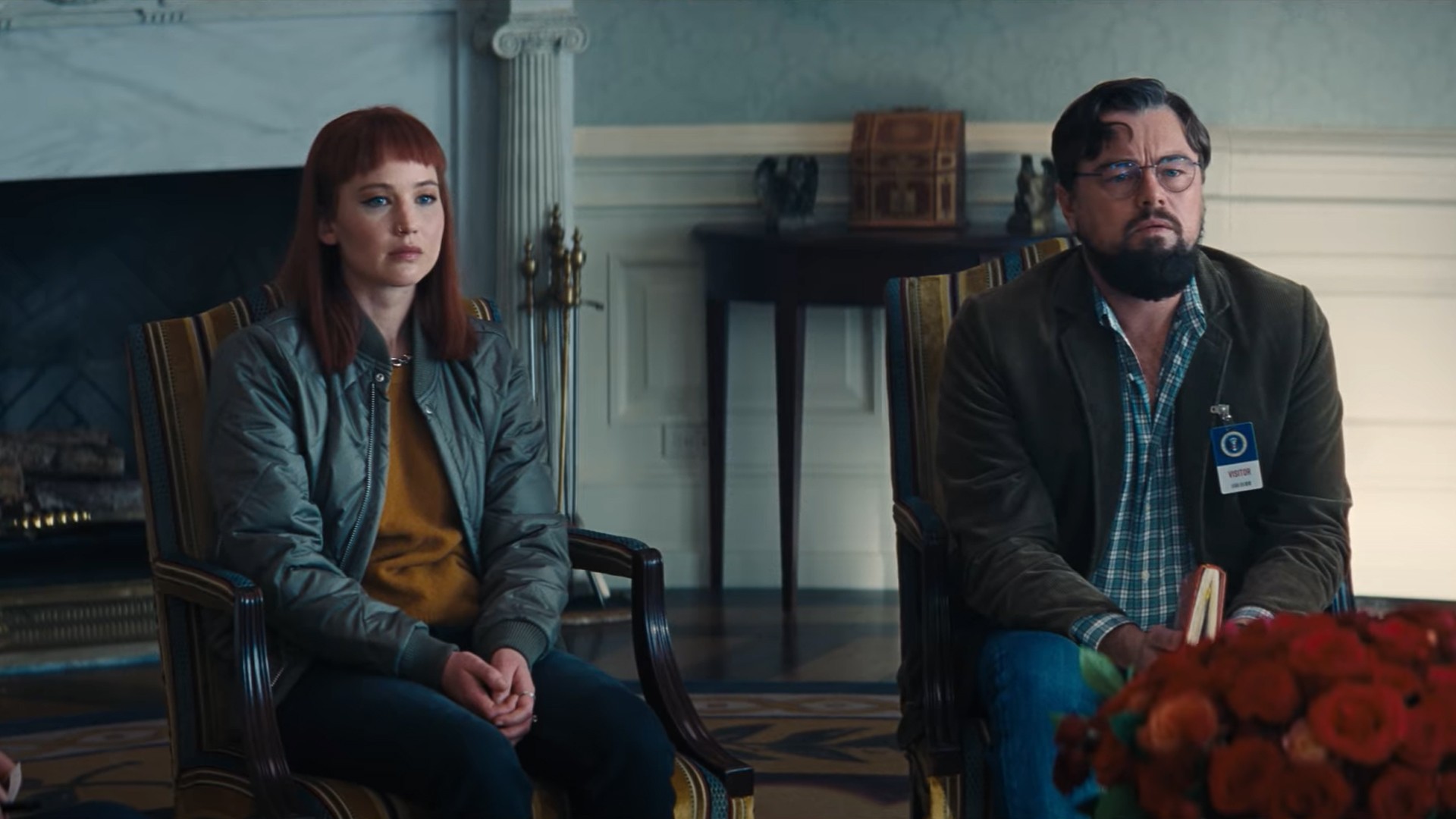 Leonardo DiCaprio and Jennifer Lawrence warn the population about an approaching asteroid in the main trailer for Adam McKay’s Don’t Look Up.

The film is being described and marketed as a satire that explores the current polarization and apathy toward issues like climate change and COVID-19 vaccines. Of course, an asteroid coming to destroy Earth is a much more pressing matter, but it’s not hard to imagine world leaders and famous people making a show out of the situation and ignoring the scientists’ warnings. It’s also an enticing premise from the get-go for someone as involved in these matters as DiCaprio, who has worked for years to bring attention and funding to the protection of biodiversity, ocean and forest conservation, and climate change.

A first teaser trailer dropped in September, giving audiences a good feel for its tone and main characters, but now we’re getting a meatier look at what Adam McKay, the filmmaker behind recent socially relevant films such as The Big Short and Vice, has cooked up. Check the trailer below:

Deadline recently had the chance to sit down with McKay and discuss the film in depth — it’s an amazing interview with plenty of fascinating tidbits, so we encourage giving the whole thing a read. About how he managed to get so many big names on board, he said the following:

We got great reads on the script from a lot of actors who said they’d been waiting for a project like this, with how crazy the world has been. They were excited to collaborate on something that tries to process the insanity of our modern world. They were excited it was a comedy, after how much we’ve all been pummeled year after year, to be able to laugh a little bit about this craziness, to try and find that distance to laugh.

He also went on to explain how things got crazier in real life during 2020 than in his script, which prompted him to rework it into something even more deranged:

I put the script aside because things were so chaotic. But then it felt like things were even a little crazier than what I wrote… Reality had gotten so crazy with the President floating the idea of ingesting bleach, with these conspiracies that Covid doesn’t exist, with grown adults stamping and screaming like babies because they had to wear a mask. So many things that were so insane that I did have to go tweak some of the script, to be a little crazier.

Don’t Look Up drops in select theaters December 10 and on Netflix December 24.