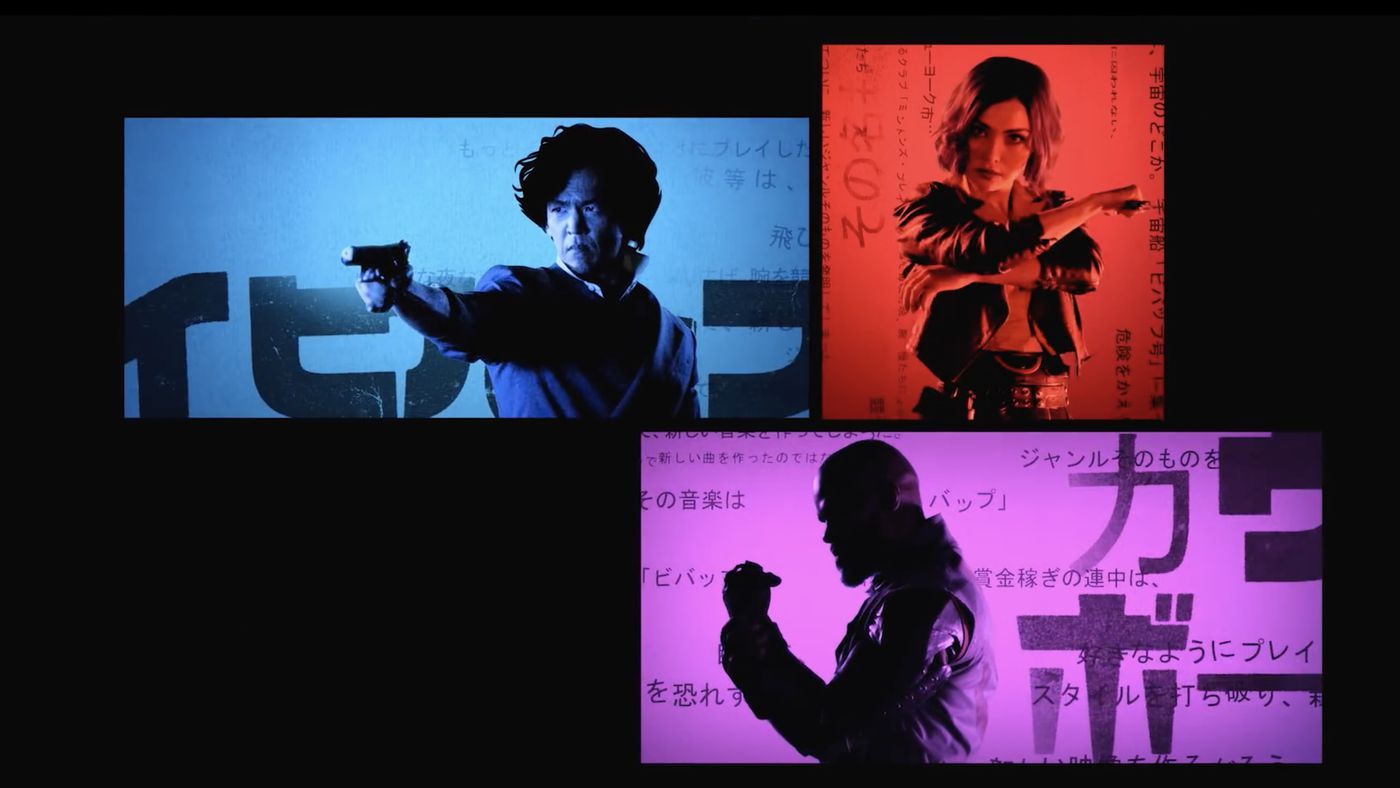 Netflix is greatly ramping up the marketing push for their live-action Cowboy Bebop series ahead of next month’s debut.

After plenty of bumps along the road, and several teasers over the past couple of months that showcase the adaptation’s “style-over-realism” approach to the material, the first proper trailer for Netflix’s live-action take on Cowboy Bebop has finally arrived:

And here’s the official poster released today too: 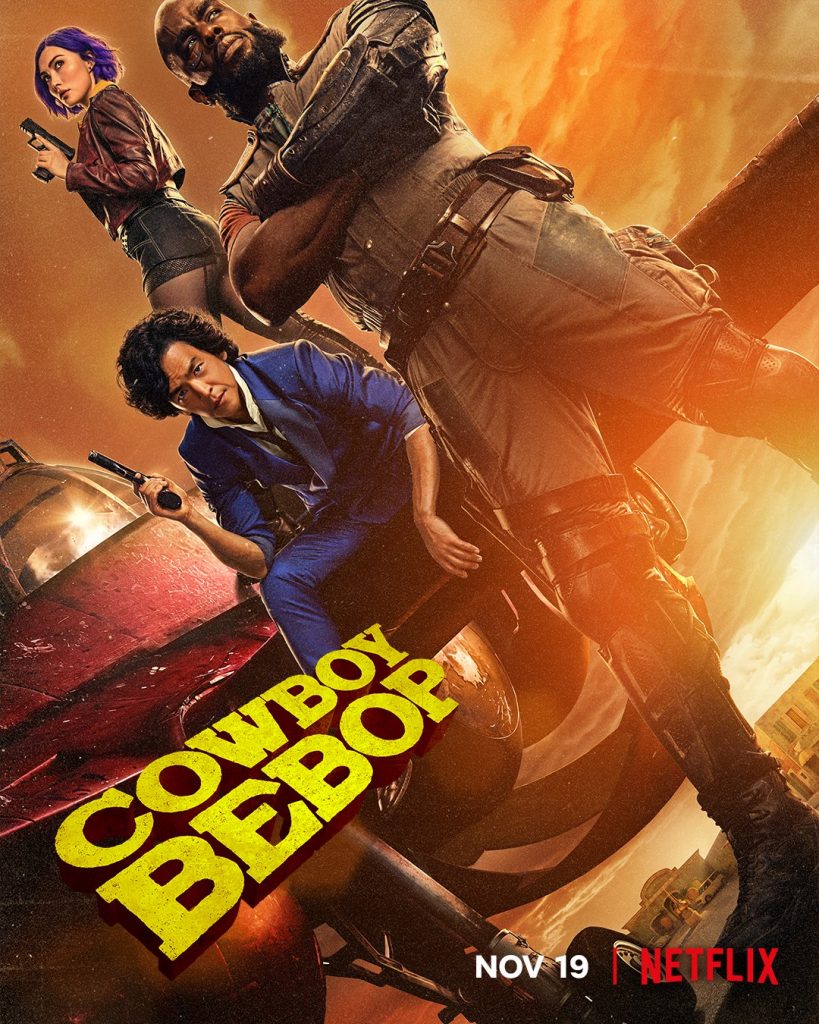 Fan expectations for the adaptation are through the roof, as original anime director Shinichiro Watanabe is a consultant on the series, plus original composer Yoko Kanno has returned as well to score this reimagining of Spike Spiegel’s tale of companionship and dealing with the past.

The series’ almost literal translation of the anime’s visual style is certainly a striking choice, but I’m betting it’ll gain more followers this way than reworking the show’s iconic vibes and making it grittier. I personally believe it looks like an expensive fan film in the best possible way, making it unique and charming in the current TV landscape, which is filled to the brim with weighty and expensive sci-fi productions.

As mentioned above, things began to heat up back in September with a faithful recreation of the original anime’s legendary opening that took everyone by surprise:

After that, last week we received an unexpected “Lost Session” teaser which feels like an introduction to the show’s main characters and the overall aesthetics we can expect to see. This piece made a big splash and erased quite a bit of skepticism among the more negative diehard fans:

Of course, we’ve yet to see whether or not the scripts and acting are up to par, but so far it looks like this iteration of Cowboy Bebop will at least be visually brave and try to crack live-action anime adaptations under a different light.

For those unfamiliar with the source material: Cowboy Bebop follows a group of bounty hunters led by Spike Spiegel (Cho) as they search for the galaxy’s most valuable criminals and get themselves into deceptive missions and unexpected situations. Mustafa Shakir (Luke Cage) also stars as Spike’s friend and co-pilot Jet Black, with Daniella Pineda (Jurassic World: Fallen Kingdom) playing the con artist Faye Valentine. They are joined by Alex Hassell (The Boys), who’s playing Vicious, Spike’s nemesis. The series also features Geoff Stults, Tamara Tunie, Mason Alexander Park, Rachel House, Ann Truong, and Hoa Xuande. The previews also include the dog Ein, an experiment that becomes the crew’s pet. The only gang member missing so far is the hacker Edward, who definitely appears to be out of Season 1.

André Nemec (Ninja Turtles) serves as executive producer and showrunner, spearheading a writing team that includes names such as Christopher L. Yost (The Mandalorian) and Jeff Pinker (Venom), among others. Alex Garcia Lopez (Daredevil) and Michael Katleman (Zoo) are directing several episodes of the show. The former is an especially exciting pick, as he handled two of the best and most stylish episodes in Season 3 of Daredevil.

The series is set to debut on November 19. It’s probably Netflix’s biggest live-action series hitting this year after Season 2 of The Witcher, which will arrive a month later, on December 17.