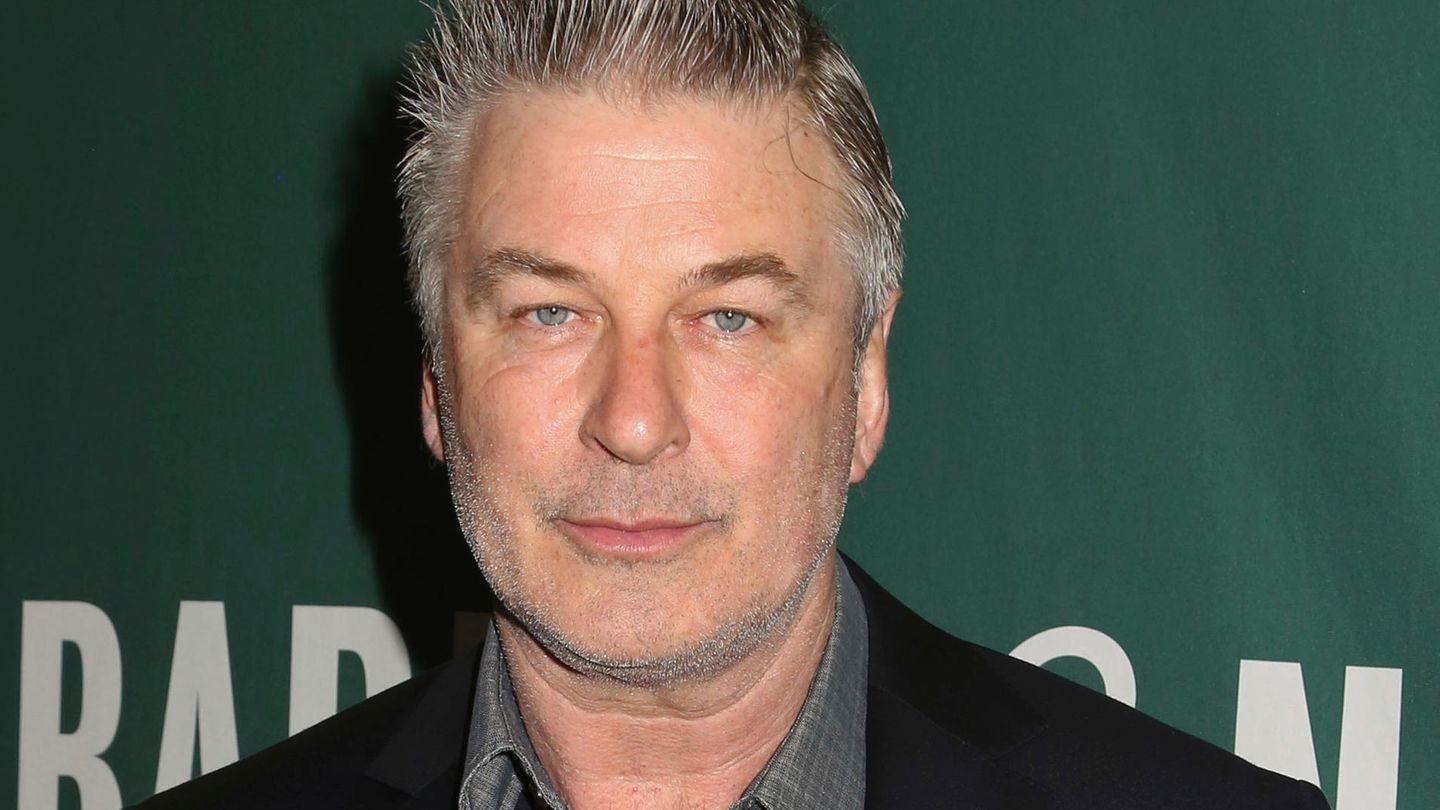 A new accident on a movie set involving a prop gun and Alec Baldwin resulted in the accidental death of the cinematographer, and left the director in critical condition.

The tragedy happened yesterday around 1:50 p.m. while filming for the independent movie Rust was underway in New Mexico. Cinematographer Halyna Hutchins was immediately transported by helicopter to the University of New Mexico Hospital in Albuquerque, where she was pronounced dead, the sheriff’s department said. Their statement added:

“According to investigators it appears that the scene being filmed involved the use of a prop firearm when it was discharged. Detectives are investigating how and what type of projectile was discharged.”

The statement also added that the director of the movie, Joel Souza, was taken by ambulance to Christus St. Vincent Regional Medical Center, where he remains in critical condition. An investigation is underway, and no charges have been filed at this point. A spokesperson from the movie also said in a statement:

“The entire cast and crew has been absolutely devastated by today’s tragedy, and we send our deepest condolences to Halyna’s family and loved ones. We have halted production on the film for an undetermined period of time and are fully cooperating with the Santa Fe Police Department’s investigation. We will be providing counseling services to everyone connected to the film as we work to process this awful event.” 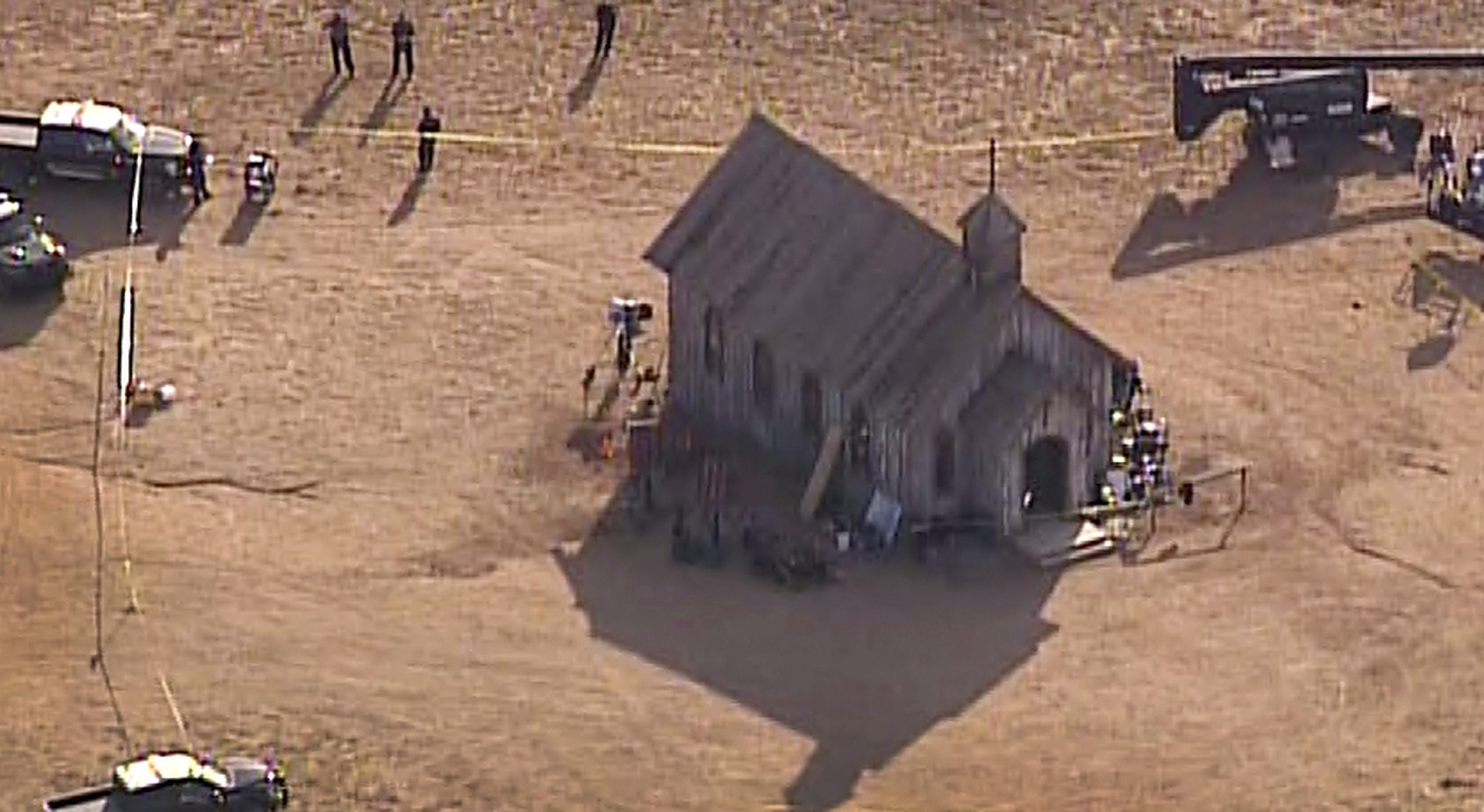 Aerial video image of the movie set with Santa Fe County Sheriff’s Officers responding to the 911 call, provided by KOAT 7 News, via AP, and taken from The Washington Post.

“The details are unclear at this moment, but we are working to learn more, and we support a full investigation into this tragic event. This is a terrible loss, and we mourn the passing of a member of our Guild’s family.”

“The DGA is incredibly saddened to hear of the tragic passing of cinematographer Halyna Hutchins, and the serious injuries sustained by DGA director Joel Souza in an on-set incident in New Mexico today,” she said. “We await further details and a full investigation. Our hearts go out to Halyna’s family, to Joel, and to everyone impacted.”

This should not be painted in any other way than a tragic accident, which, unfortunately, do occur in movie productions. In 1993, Brandon Lee was famously shot and killed while filming The Crow, when another actor accidentally discharged a gun with a lodged bullet in the barrel. In 1984, actor Jon-Erik Hexum accidentally shot himself while pretending to play Russian roulette during a scene.

Our hearts go to Joel Souza, who is actively fighting for his life in the hospital, and his family, as well as Hutchins’ family. According to her own website, Halyna Hutchins, 42, was an L.A.-based cinematographer from Ukraine that graduated from the AFI conservatory in 2015. She also chronicled her experience on set on her Instagram account. May she rest in peace. 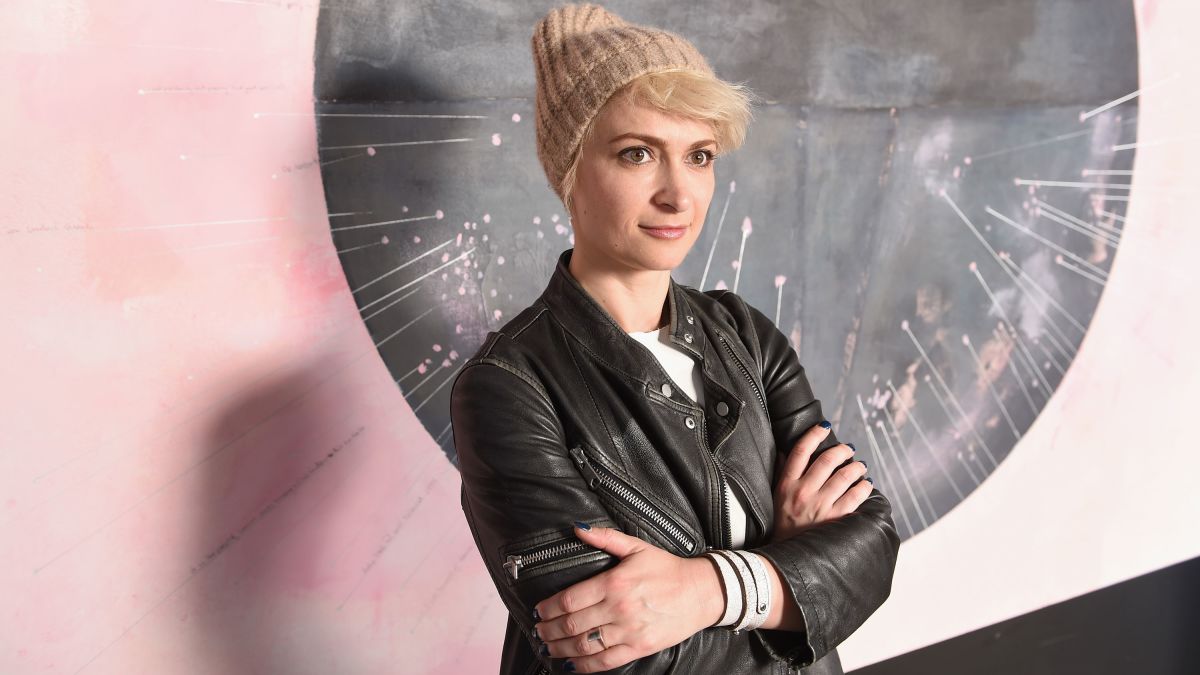 UPDATE: Joel Souza is out of the hospital

Director Joel Souza told me he’s out of hospital.

Deadline has been able to back the news, contacting the director’s reps.

“There are no words to convey my shock and sadness regarding the tragic accident that took the life of Halyna Hutchins, a wife, mother and deeply admired colleague of ours. I am fully cooperating with the police investigation to address how this tragedy occurred and I am in touch with her husband, offering my support to him and his family. My heart is broken for her husband, their son, and all who knew and loved Halyna.”