‘Inscryption’ Review: The Cabin in the… Woods? 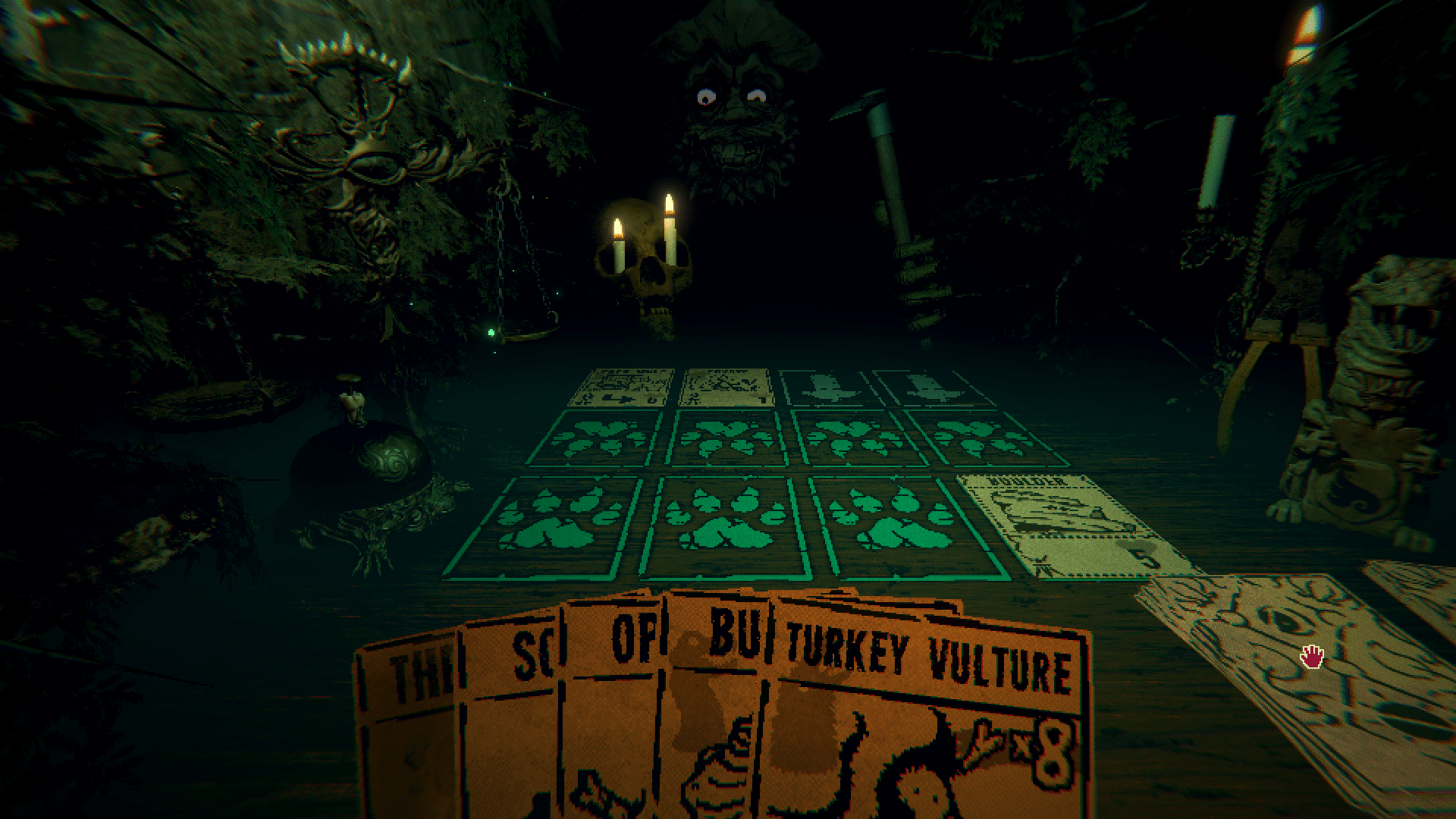 Oh boy, it’s time for another out-of-the-box release by Devolver Digital. Inscryption is here to make you scratch your head.

Indie game developer Daniel Mullins crafted a little something titled Sacrifices Must Be Made for game jam Ludum Dare 43. It was put together in only 48 hours, and gained quite the following because of its creepy atmosphere and unique premise. More than two years later, it has all led to Inscryption, in which a deadly card game meets a cryptic horror story with a great dose of meta elements.

This is arguably the hardest game review I’ve had to write so far, and it’s not going to be as long as usual — getting into too many details would rob Inscryption of its surprise factor, and both the gameplay and story demand you go in as blind as possible. It’s a tense yet calm ride that will stay with you for a while, and releasing the game in October totally makes sense. 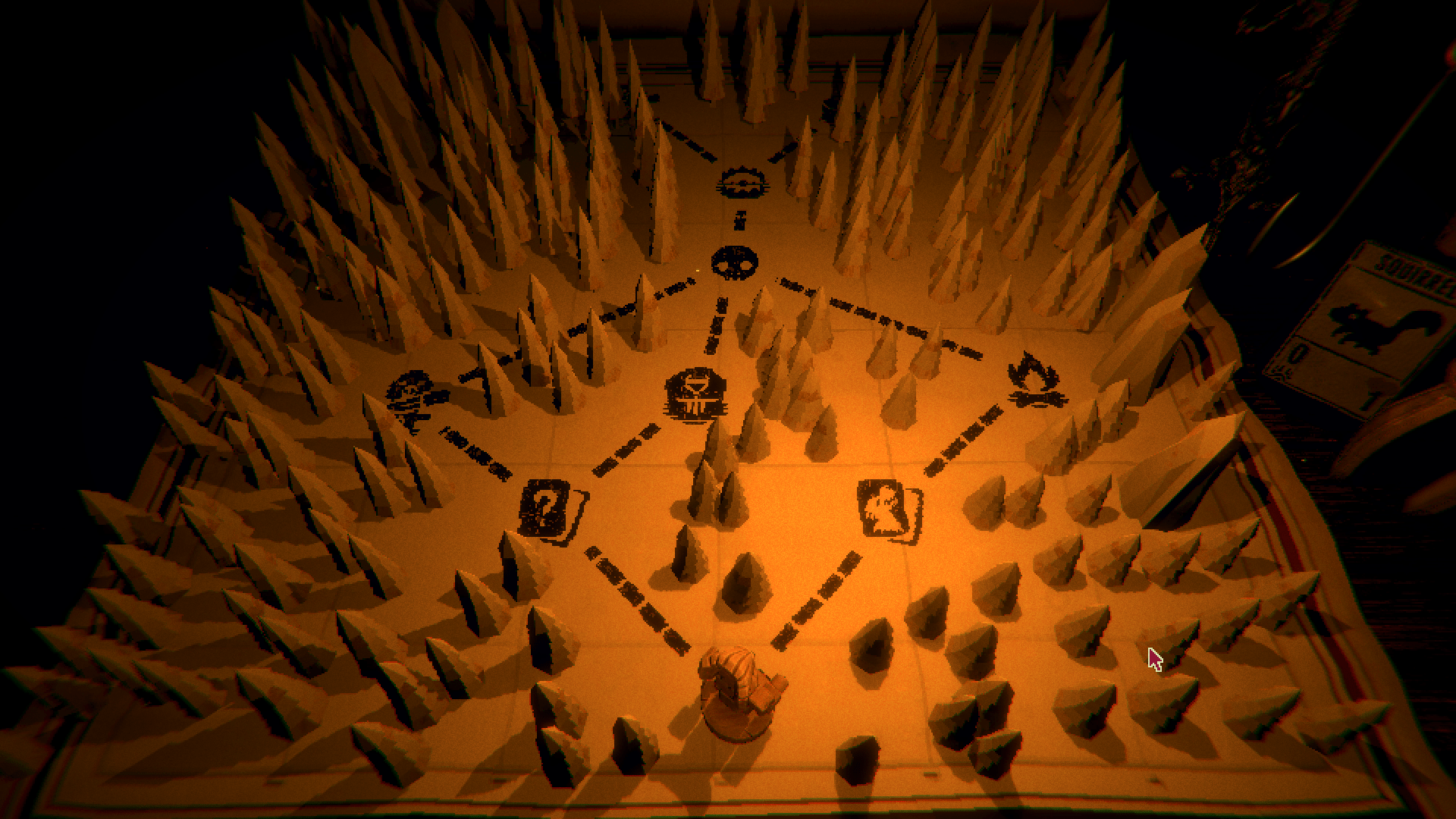 Something’s off from the very beginning: the entire thing is contained within a VHS tape, immediately setting up two narrative layers that are pushed forward in different ways. Inside the tape, you’re in a dimly lit cabin that you can’t exit, and a creepy fellow (seriously, his arms aren’t right) is sitting in the dark, waiting for you to join him in a game of cards. He claims previous players weren’t very good, and stakes are quite high: lose the game, lose your life. Furthermore, players who have been murdered become parts of this twisted game forever as custom cards.

Inscryption is especially unsettling because it doesn’t really have a clean structure, and that’s refreshing. You can leave the table at any moment and look around the cabin, open some furniture, and uncover secrets that may hide other secrets. Little tidbits of precious info can be dropped on you at any moment, and the game rewards paying attention to every bit of dialogue, which sometimes comes from your cards. Yeah, cards can talk. And they don’t like being sacrificed. Oh yeah, this card game involves a lot of destroying and transforming cards (that might or might not be alive), and that’s just the basic stuff… 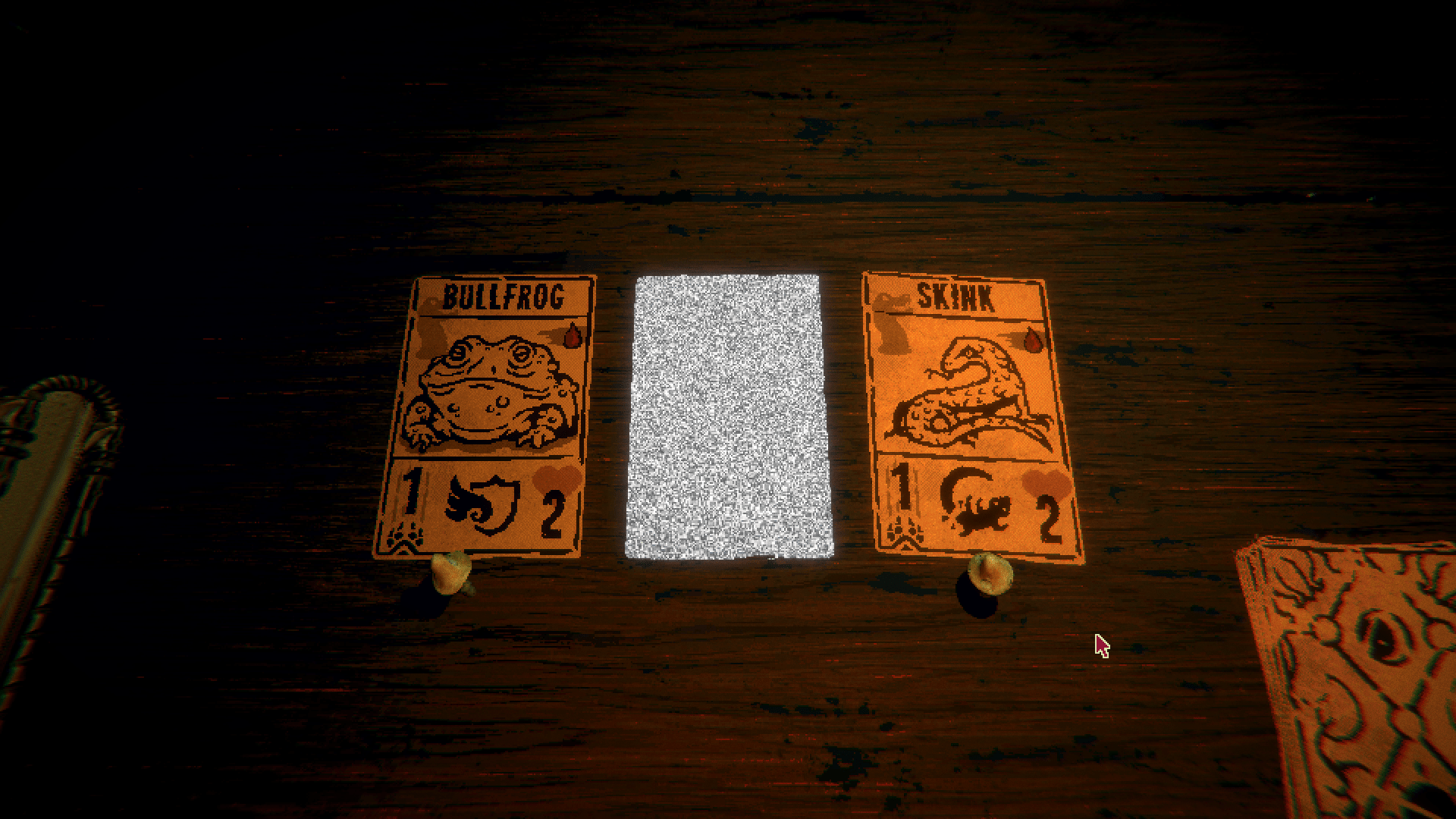 The card “combats” and their rules aren’t hard to understand, and a rulebook is always available if you want to remember what the 17th new symbol you’ve seen in one hour means. The gist of it is playing creature cards which automatically attack your opponent (the captor), resulting in his side of the scale going down. If the scale touches the table, a life is lost. He has one life outside boss encounters, where he has two. You have two outside boss encounters, where you have one. Sounds kinda fair, unless the boss battles can be unsurprisingly brutal.

Playing the cards costs blood, which is earned by sacrificing other creature cards, or bones, which are left behind by creatures when they die. Matches never last more than two or three minutes, and deck sizes and strategies aren’t big enough to turn Inscryption into a deep, dense card-based game. It’s not, it’s more of a puzzle game about decision-making. And it feels great to figure out as you progress through everchanging maps which resemble those of a tabletop RPG — the story’s progression might be linear, but the card game that is played inside the game isn’t, and makes the overall package a roguelite of sorts. Moreover, the fact cards of dead players (your past runs) are kept around means you’re constantly growing in “card power” in hopes of eventually beating the old man and leaving the cabin. On top of all that, an assortment of objects can be used as cheats to get out of hairy situations. 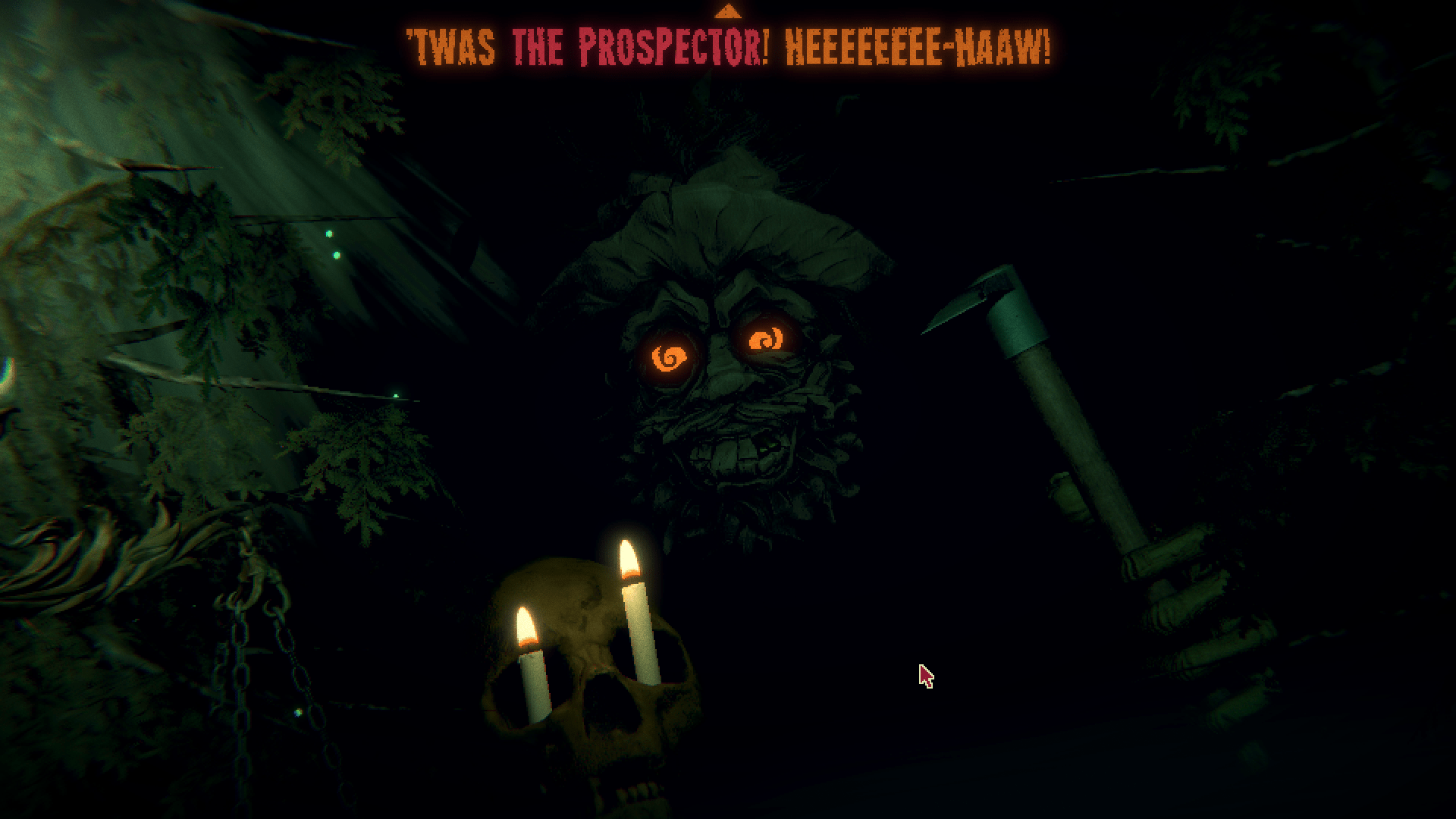 An excellent retro visual presentation, which goes beyond imitating a VHS aesthetic, plus minimalistic (and often disturbing) audio design help completely sell the atmosphere. Somehow, the cursed cabin feels both comfy and claustrophobic. You’re locked in the middle of nowhere playing an iffy card game with a madman whose end goal is unclear, yet you feel strangely at home.

If you like how offbeat and specific Inscryption sounds, you’re gonna have a blast with one of the most unique titles I’ve played in ages. Its biggest triumph is how it makes an engrossing card game feel accessible, and how it’s scary without making you jump or using cheap tricks — it simply feels terrifying because of the concepts it toys with and how unpredictable the entire narrative is.

Inscryption launches tomorrow, October 19, on Steam and GOG. The price sits at $19.99, though a 10% off launch discount will be available until the cabin starts to consume players.