Netflix Announces ‘Voir’, a Documentary Series From David Fincher That Will Celebrate Cinema

The series has no release dat on the streamer as of yet, but Netflix has said it will premiere during AFI Fest, which takes place on November 10-14. Here’s the announcement:

VOIR, a new documentary series of visual essays celebrating cinema, from the mind of one of film’s modern masters.

Premiering at AFI Fest and coming soon to Netflix. pic.twitter.com/gqHqlvbxZF

Writer Drew McWeeny is on board for the project, and he wrote on a post:

VOIR is, simply put, the thing I have been working on for the last few years and the project I am most excited about right now. It is a streaming series for Netflix that is hopefully not like any other show about movies that you’ve seen.

This image was from the set when I was shooting part of my segment at the Orpheum Theater in downtown LA. That teaser trailer really only gives you a hint of the tone of what we’re doing, but I can tell you that this is a series of stand-alone video essays about movies. We’re not trying to sell you anything, and we’re not interviewing anyone about what Marvel movies they’re doing. We’re each tackling a totally different idea, something that intrigues us or upsets us or that has to do with our connection to the movies. Each one runs between 10 and 30 minutes, and they were produced with the full support and involvement of Fincher and David Prior, who you may know as the director of ‘The Empty Man.’

The post goes on and on about the collaboration process with David Fincher and David Prior, so we’d encourage the interested readers to check it out. Here’s the image he’s talking about: 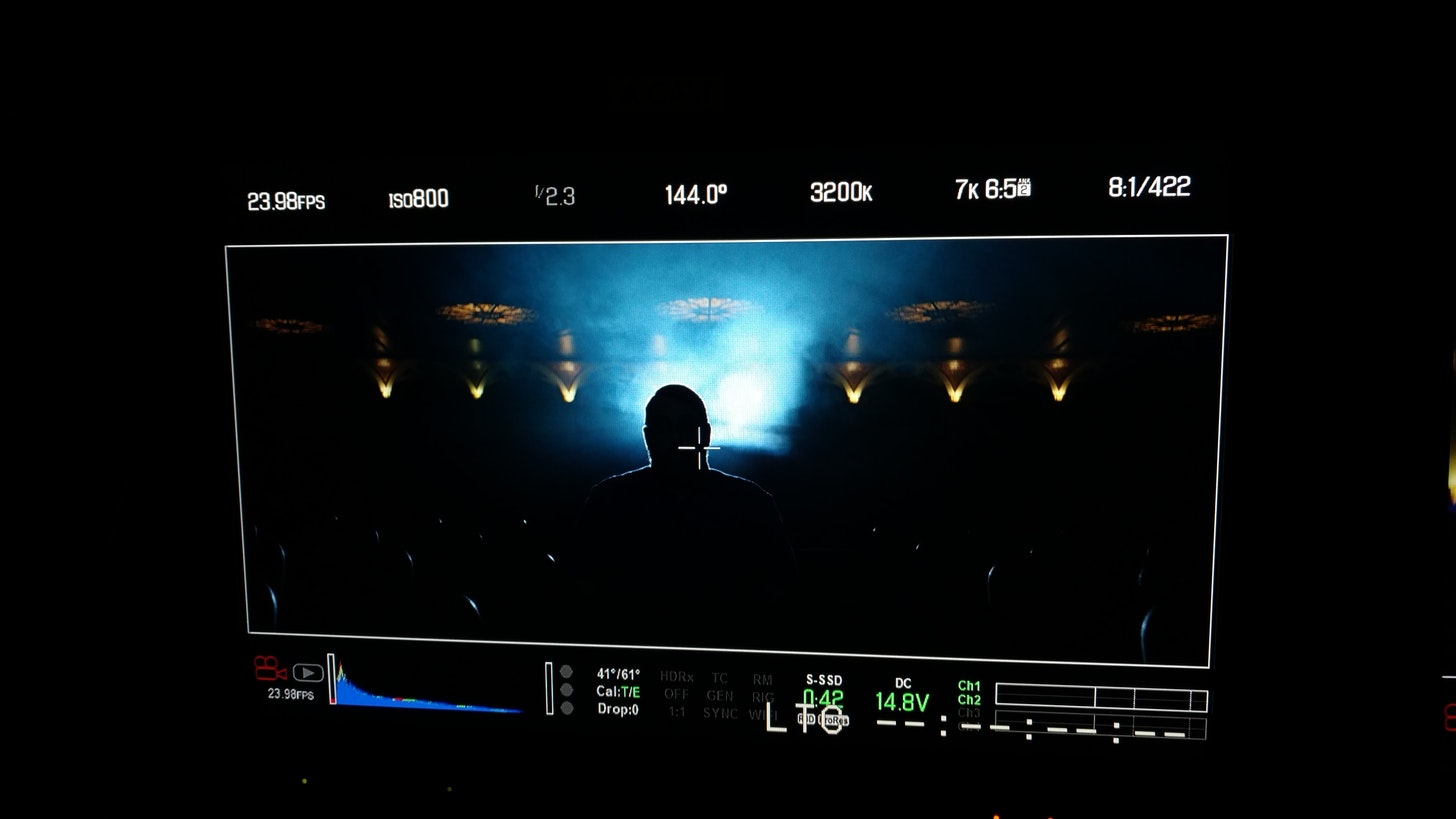