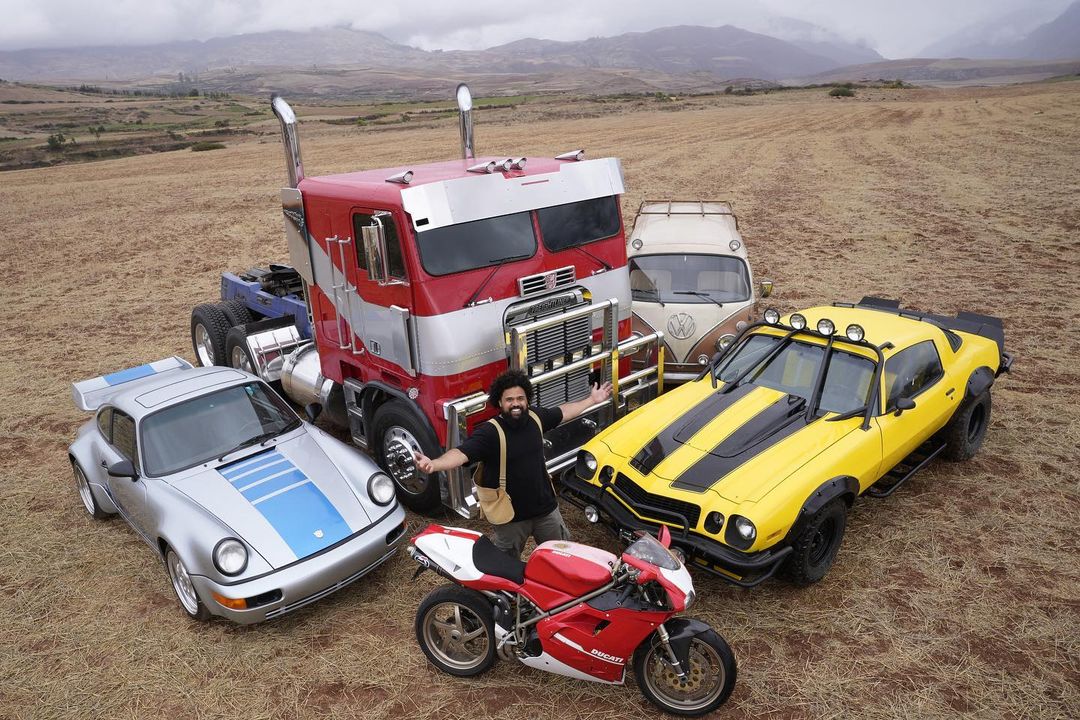 Transformers: Rise of the Beasts is shooting at the moment, and director Steven Caple Jr. posted today the first image from set.

The film was officially announced back in June, the day it started shooting, though Caple Jr. had been attached since last year, and star Anthony Ramos was reported to be joining the project in early 2021. Here are the two images (cycle through them using the arrows):

The Autobots, commanded by Optimus Prime, take the stage in the first image, while the Decepticons, which will presumably be the antagonists of the feature, appear in the second image. The Maximals, the Predacons, and the Terrorcons are also set to appear in the film, which will incorporate some elements from Transformers: Beast Wars.

According to Screen Rant, the story is set seven years after the events of Bumblebee. At the moment, it is unknown whether or not there will be returning actors from the 2018 installment, which garnered a lot of positive reaction from the fans, as well as critics. Michael Bay’s continuity, however, seems scrapped for now.

In addition to Ramos, the film will star Dominique Fishback, Luna Lauren Vélez, Tobe Nwigwe, and Peter Cullen as Optimus Prime, with Ron Perlman recently joining the ensemble as Optimus Primal. Steven Caple Jr., who is helming the project, has directed two feature films in the past, plus several short films and TV episodes. The films he’s been behind are 2016’s The Land, and 2018’s Creed II, the sequel to 2015’s excellent reinvention of the Rocky franchise. Creed II managed to make over $200 million worldwide.

Transformers: Rise of the Beasts is currently slated for a June 24, 2022, release date.