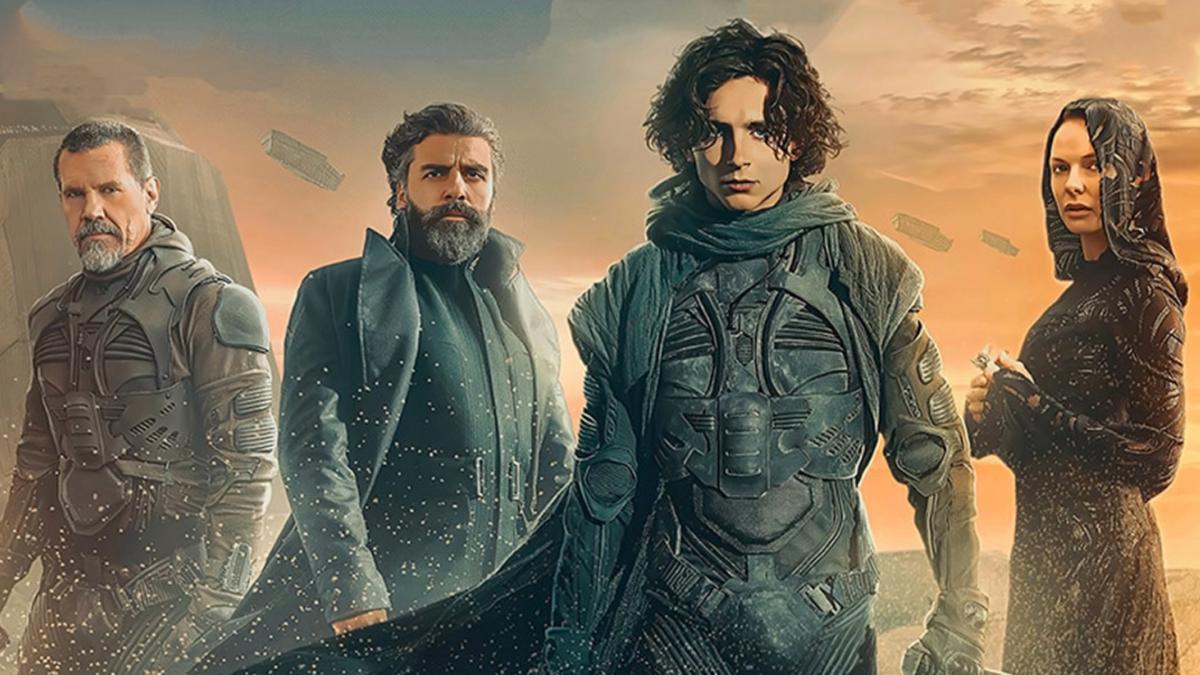 Dune doesn’t arrive in the US until October 22, but it’s already making big waves in Europe, and we’re discussing it here without spoilers.

It’s been almost five years since Legendary acquired the rights to Frank Herbert’s Dune. Acclaimed filmmaker Denis Villeneuve (Prisoners, Arrival) jumped on the project shortly afterwards, well ahead of the debut of Blade Runner 2049 (his second sci-fi venture). Regardless of how his films perform at the box office, they always seem to click with critics and the audiences who are willing to spend time with them. He’s got a strong authorial voice that he’s kept mostly intact since his early career, with smaller projects such as Incendies or Enemy, yet he made the transition to big sci-fi features without any hiccups. Almost everybody agreed that he could pull off adapting Dune to the big screen, something which David Lynch struggled with back in the ’80s.

The decision to split the first book in two parts has been controversial. While diehard fans of Herbert’s universe agree that it’s the most sensible choice, cinephiles normally dislike watching incomplete stories or films that depend on sequels to fully make sense. In my humble opinion, I think both sides of the discussion raise valid points; these projects ought to respect the material they draw from, but film adaptations should be reworked in a way that also makes every installment feel satisfying on its own. It’s a tricky balance act.

I recently returned to the book and went through it in preparation for the film. I must say… Villeneuve, Jon Spaihts, and Eric Roth have knocked it out of the park. Everybody knew the French Canadian was going to direct the hell out of this, and he did, but the script is surprisingly cohesive and almost effortlessly fills the film with the book’s key themes and story beats while also keeping the momentum going (different mediums, as I said). Somehow, they distilled about two thirds of the legendary sci-fi behemoth to make… another sci-fi behemoth which clocks around two hours and a half. And it’s a looker too. 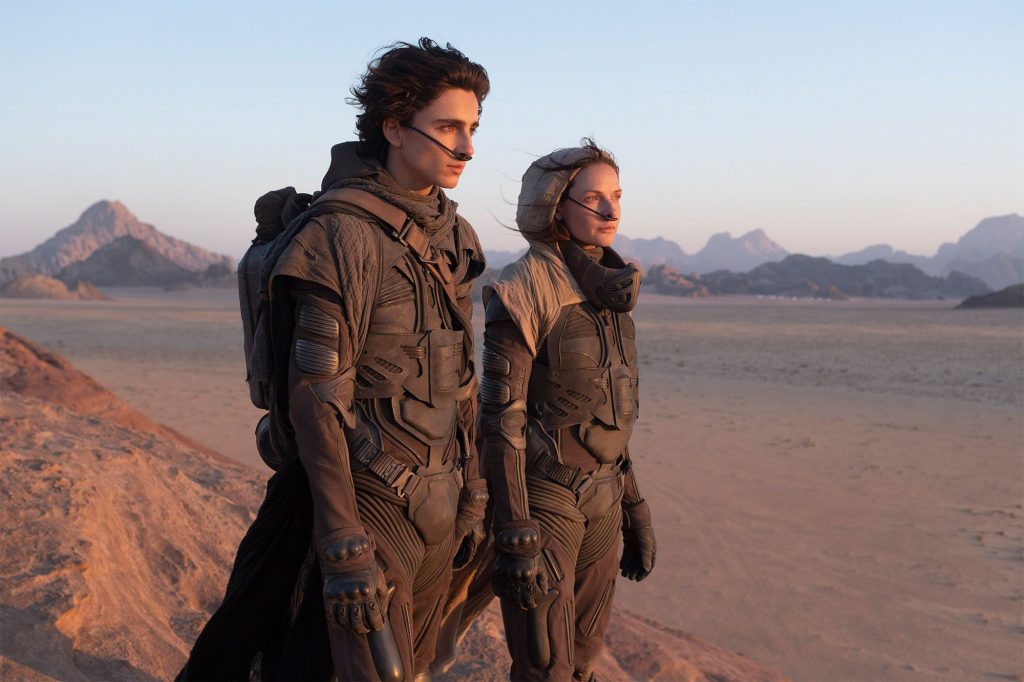 Once I finished the book, I felt the biggest obstacle was cutting down the right amount of character interactions and political bickering, which is quite a lot, but also a key part of Dune‘s DNA. Turns out you could safely remove plenty of subplots and character motivations which were told to readers in order to build up tension, but effectively killed the surprise element. You see, Herbert’s novel isn’t about surprising the readers with plot twists, but rather about explaining how certain things happened and introducing a new universe — it’s a historical recount of sorts, and it works that way.

A good film adaptation has to behave differently even if the plot stays the same; it’s a matter of narration and deciding what to share with the spectator and what to withhold. Whole conversations can also be boiled down to a couple of effective shots (visual storytelling, what a concept), and successful adaptations of massive pieces of literature normally stuck to the medium’s strengths (film or TV) while portraying the source material. You have to let go of some stuff and think about the delivery of the meatiest chunks of information.

Some fans might complain about the removal of whole subplots that fleshed out a couple of secondary characters, but they would’ve spoiled one of the film’s strongest developments and brought the pacing way down — even without those elements, the final cut takes its sweet time setting everything up. Those parts made sense in the novel and helped enlarge what Herbert was going for, but they served no purpose here. In my opinion, it’s really intelligent screenwriting. And what does a big film adaptation need instead? Well, more visual sequences and small scenes that add texture to the worlds of Caladan and Arrakis (among others). For example, Herbert completely ignored the arrival on Arrakis. In Villeneuve’s film, it’s a majestic and almost prophetic entrance that holds weight and helps build up the overall importance of what’s truly going on by taking advantage of what makes cinema truly shine. 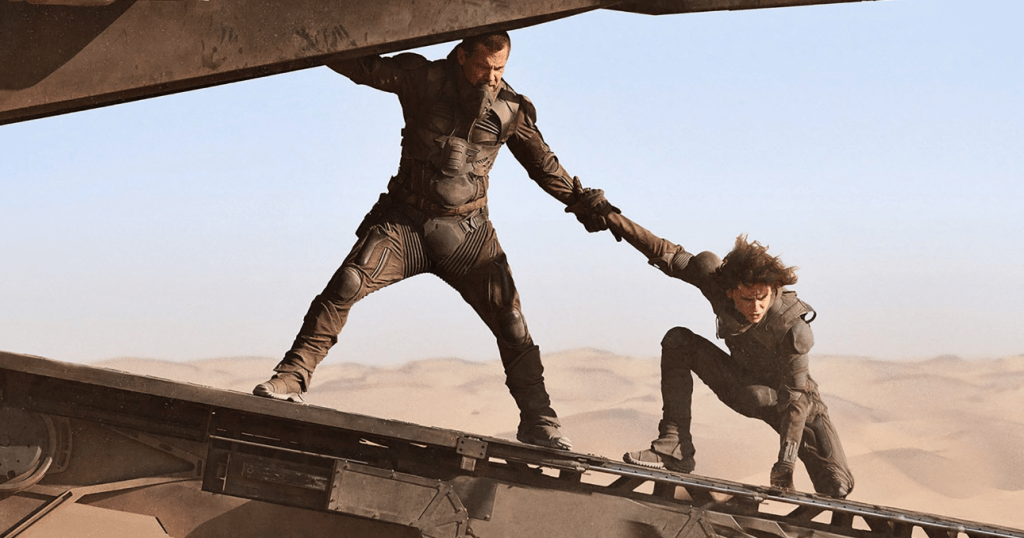 Even after all this talk about how Villeneuve’s take on the material smartly cuts down impractical passages and synthetizes other bits, I think it stays damn close to Herbert’s pages. More importantly, both the characters (the one’s that truly matter) and the worldbuilding can breathe and grow, sucking you in as the plot moves along. Thankfully, we don’t have the Atreides jumping from point A to B to C in a matter of minutes. It’s a weighty film, one of those rare massive blockbusters with enough creative freedom to properly go through the motions and create a special kind of magic. Many comparisons have been (and will be) made to Peter Jackson’s Lord of the Rings films, and I think they’re quite right. While Dune is a deeper, less adventure-heavy production, it has that same “aura” of utmost respect for what it’s putting on the screen, as weird as it may be.

I believe Dune isn’t a very accessible work of fiction. Because of that, and regardless of the director and writers’ take on the challenge, putting together an immensely attractive cast was of key importance for Warner Bros. and Legendary; this is a very expensive project which doesn’t carry mainstream franchise weight, and you can’t create a new cinematic universe out of nothing. Fortunately, they paid big bucks to get some of the biggest stars in town.

Beyond helping the marketing push, I think everybody here did a damn fine job. I’m not the biggest fan of Timothée Chalamet, yet he feels like the perfect pick for Paul Atreides, who’s very much lost in his thoughts and always seemed to me like a tricky main character to nail down, especially on the screen. Another standout performance is given by Rebecca Ferguson, who acts the hell out of Lady Jessica’s internal conflict and brings out her M:I skills whenever she needs to get physical. Oscar Isaac was another sure bet, and managed to make me like Leto Atreides, a firm leader and overall good man, even more than I already did. It goes on and on… They all embody their roles perfectly, and actors such as Jason Momoa and Stellan Skarsgård clearly had a blast going more over-the-top than the others. Javier Bardem, Zendaya, and the Fremen aren’t getting that much screentime in Dune: Part 1 (they play bigger roles later), though their presence is no small business. I really don’t want to go into further details because, as relentlessly serious as the film is, there are some really fun character interactions which haven’t been spoiled by the trailers. 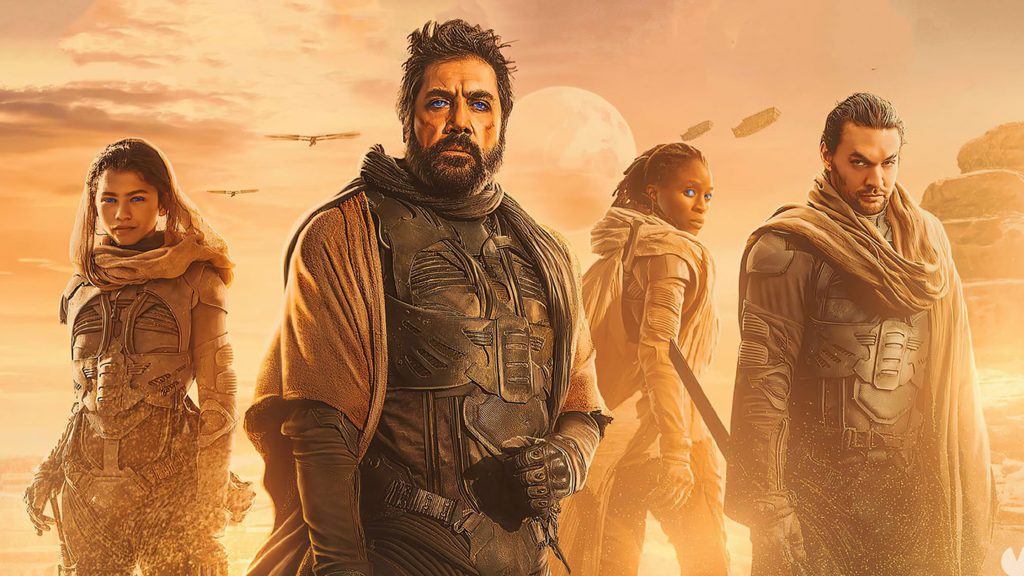 We could also consider Hans Zimmer’s booming and nearly alien soundtrack a special kind of character. He’s repeatedly told the press this is a dream project of his, and you can quickly tell he wasn’t lying. It’s one of the biggest and most unique original scores I’ve heard in a while, plus absolutely one of the finest works in his entire career, which is a gigantic feat. You can listen to the whole album here, plus his “sketchbook soundtrack” — an exploration of Dune‘s sounds and a musical brainstorming of sorts. Nevertheless, I’d seriously consider experiencing his compositions for the first time with the best sound system possible.

Likewise, Greig Fraser’s cinematography amplifies the grand scale of both the worlds and the machines used by mankind thousands of years into the future. Most of us are familiar with his breathtaking work on Rogue One: A Star Wars Story, and he brings much of that muscle to Dune, but it’s great to see him toy with new visual approaches as well thanks to the collaboration with Villeneuve, who puts a special emphasis on close-ups, creating a striking contrast between how big everything feels and the simultaneous intimacy found in the most human character moments.

Dune‘s biggest weakness may very well be its anticlimactic ending. It nears the end of ‘Book 2′ (out of three) in the novel, yet there’s no natural climax to be found near that point. The film’s spectacle peaks around the middle, and while the characters’ arcs (especially Paul’s) keep rising past that mark, Villeneuve ends on a hopeful and promising note that, sadly, doesn’t capture the sense of partial closure found, for example, in The Fellowship of the Ring. For the record, I don’t think that’s a completely fair comparison, but I also think a more emotional finish happens just a bit further in the book, and maybe 15 extra minutes would’ve done the trick.

As it stands, Dune feels like a staggering achievement on a scale that we rarely find on the big screen, yet how it goes down in film history depends on whether Villeneuve and his team get to make ‘Part 2’ or not. I personally loved it, and I firmly believe anybody into sci-fi and/or big epics should run to the nearest theater as soon as possible. Hopefully, the box office and HBO Max numbers will allow us to see the rest of Paul’s journey and, who knows, maybe even more.