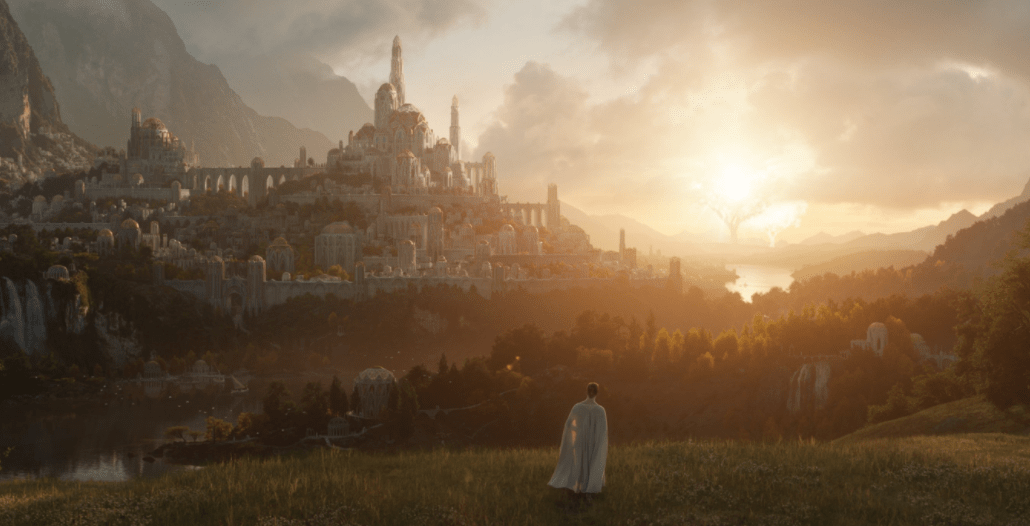 Amazon’s Lord of the Rings TV series wants to draw as much power from Peter Jackson’s films as possible.

Last month, we learned that the massive production had locked a September 2, 2022, release date on Amazon’s Prime Video service, and the first official image (pictured above) from the show arrived. The project is now full steam ahead with post-production, and probably already doing pre-production work on the already confirmed Season 2 — Amazon guaranteed at least five seasons, and spinoffs are more than likely to happen further down the line.

Deadline is now reporting that another familiar face is in talks to join the roster of artists and various creatives behind the company’s ambitious take on J.R.R. Tolkien’s source material: Howard Shore, who scored all six of Peter Jackson’s Middle-earth films to great acclaim, winning three Oscars as a result. As far as we know, the series won’t be connected to Jackson’s film continuity, so this comes as a surprise. Then again, composers often return to score new iterations of material they’ve already worked with — Danny Elfman returned to Batman for the theatrical cut of Justice League, and David Arnold jumped across different 007 sagas. And those are just some examples.

UPDATE: According to YouTube/Twitter account-community Fellowship of Fans, which has a quite solid track record of scoops, Shore has been locked for months and will score the series alongside Bear McCreary (God of War ’18, 10 Cloverfield Lane). This makes way more sense — I can see why they’d want Shore around, especially at the beginning, but McCreary handling the bulk of the work and (maybe) eventually taking over seems like an intelligent approach. He’s one of the most talented and busiest composers working today and is no stranger to TV, where he thrived for years before bagging more and more massive credits, such as scoring Godzilla: King of the Monsters.

The series will expand upon the Second Age, a period of time in Middle-earth that offers plenty of creative freedom, as The Silmarillion focused on the First Age, and The Hobbit and The Lord of the Rings, on the Third one. Expect some characters and events from those literary works to be relevant though — we know for a fact at least Galadriel is showing up in the show’s first season.

Amazon recently announced a move from New Zealand — where all LOTR and Hobbit films were shot — to the UK. The streamer, which has multiple series filming in the UK, is currently booking stages to house the sets. Even though fans have grown accustomed to the NZ landscapes, Tolkien reportedly based the Shire’s locales, climate, flora, and fauna on rural England. If we had to guess, the Stagecraft technology, currently being used by Star Wars productions and films such as The Batman, will probably play a huge role moving forward too.

Meanwhile, Warner Bros. and New Line Cinema are pushing ahead with an animated film focusing on the legendary riders of Rohan. That production will be set within the continuity of Jackson’s films and serve as a prequel/expansion of sorts. It seems like Tolkien’s universe is making a big, diverse comeback in the next few years.