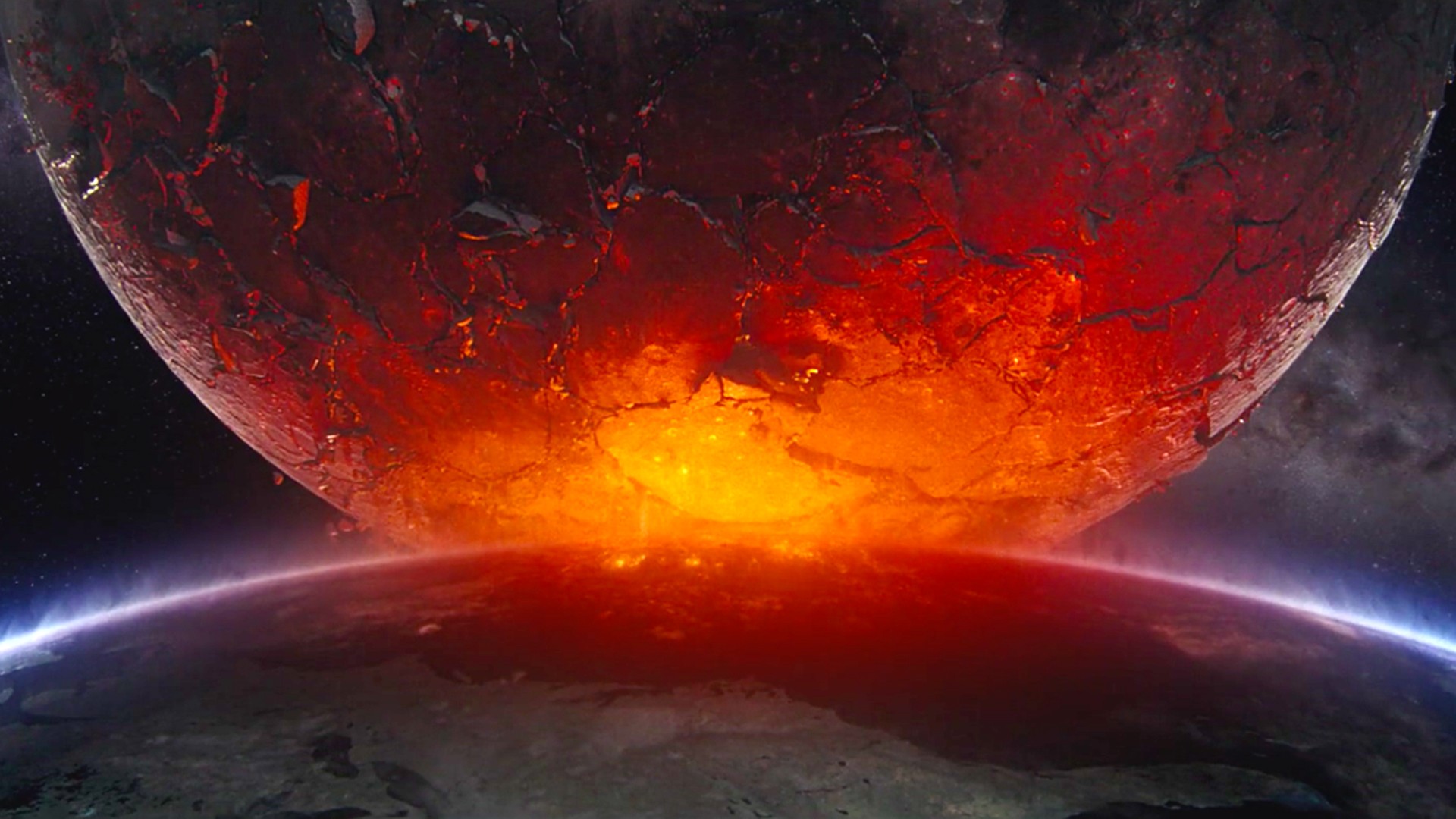 Moonfall appears to have as little chill as we expected. And it’s gonna be glorious.

Say what you want about Roland Emmerich, but the man knows how to blow stuff up and completely decimate Earth like no one. The second Independence Day and Midway might not have been the commercial hits their respective studios were hoping for, but still were mostly enjoyable romps that found second lives on streaming services. For better or worse, you know what you’re getting when you put on an Emmerich film. And Hollywood studios like that kind of safety.

With Moonfall, he’s somehow kicking things up a notch — remember that, in Independence Day: Resurgence, he had a mothership almost as big as Earth land… on Earth. How could he possibly top that? Well, what about throwing the whole Moon against Earth? Yeah, that’ll do. We don’t know exactly what the hell causes such an insanely catastrophical event, but the film’s teaser trailer is giving us some brief clues:

I gotta say: this looks visually stunning, and not just in a let’s-throw-everything-at-the-screen-and-see-what-sticks way. There’s some interesting cinematography by Robby Baumgartner (The Guest, Midway) going on here. It’s also a ludicrously dumb first preview, which quickly jumps from a very, very serious voiceover to people frantically driving away from whole landscapes that are getting torn to pieces. I’m very much into this kind of stupidly expensive, brainless fun.

Once again, Emmerich has roped in an all-star cast which includes, among others, Halle Berry, Patrick Wilson, John Bradley, Michael Peña, and Donald Sutherland. The script was written by Emmerich himself alongside Spenser Cohen (Extinction) and composer-writer-producer Harald Kloser (2012), who also appears to be scoring this rollercoaster ride.

The film crashes (hopefully not at the box office) on February 4, 2022, in the US and most international markets, with some of them witnessing all the destruction the day before. Good times!