‘Chernobylite’ Review: A Different Trip through the Zone 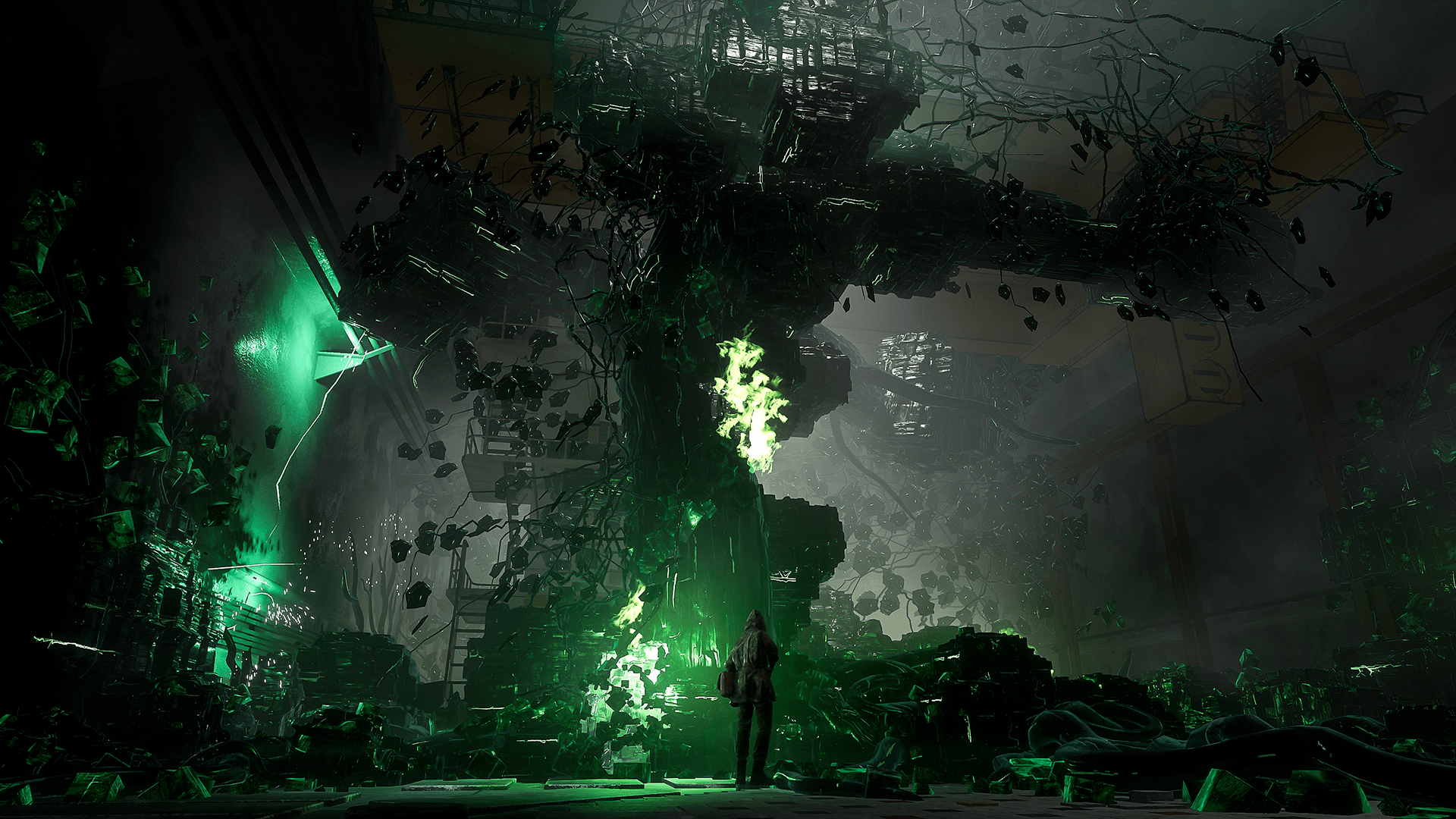 Chernobylite has finally left early access and is now welcoming players to the Zone.

While the gaming world waits for the highly-anticipated S.T.A.L.K.E.R. 2: Heart of Chernobyl, a number of now-released titles and promising projects which want to capture parts of that setting have emerged. This doesn’t come as a shock, as the original S.T.A.L.K.E.R. games (the first one had two spinoffs) are still to this day among the moodiest survival-oriented shooters available, plus their modding community has kept them healthy for years.

There’s something particularly captivating about Chernobyl’s exclusion zone — the place is deserted and kind of standing still in time, yet nature has reclaimed most of it. For writers and game designers alike, it’s a highly intriguing setting which could be used for plenty of weird, somber stories about humanity’s hubris and whatnot. The aforementioned titles by GSC Game World worked with some already-established filmic influences, and they were loosely based on Arkady and Boris Strugatsky’s Roadside Picnic, a philosophical sci-fi novel. The aesthetic crafted in there resonated with lots of players and game developers, and so we find ourselves looking at several stalker-filled trips through the deserted Ukrainian countryside. 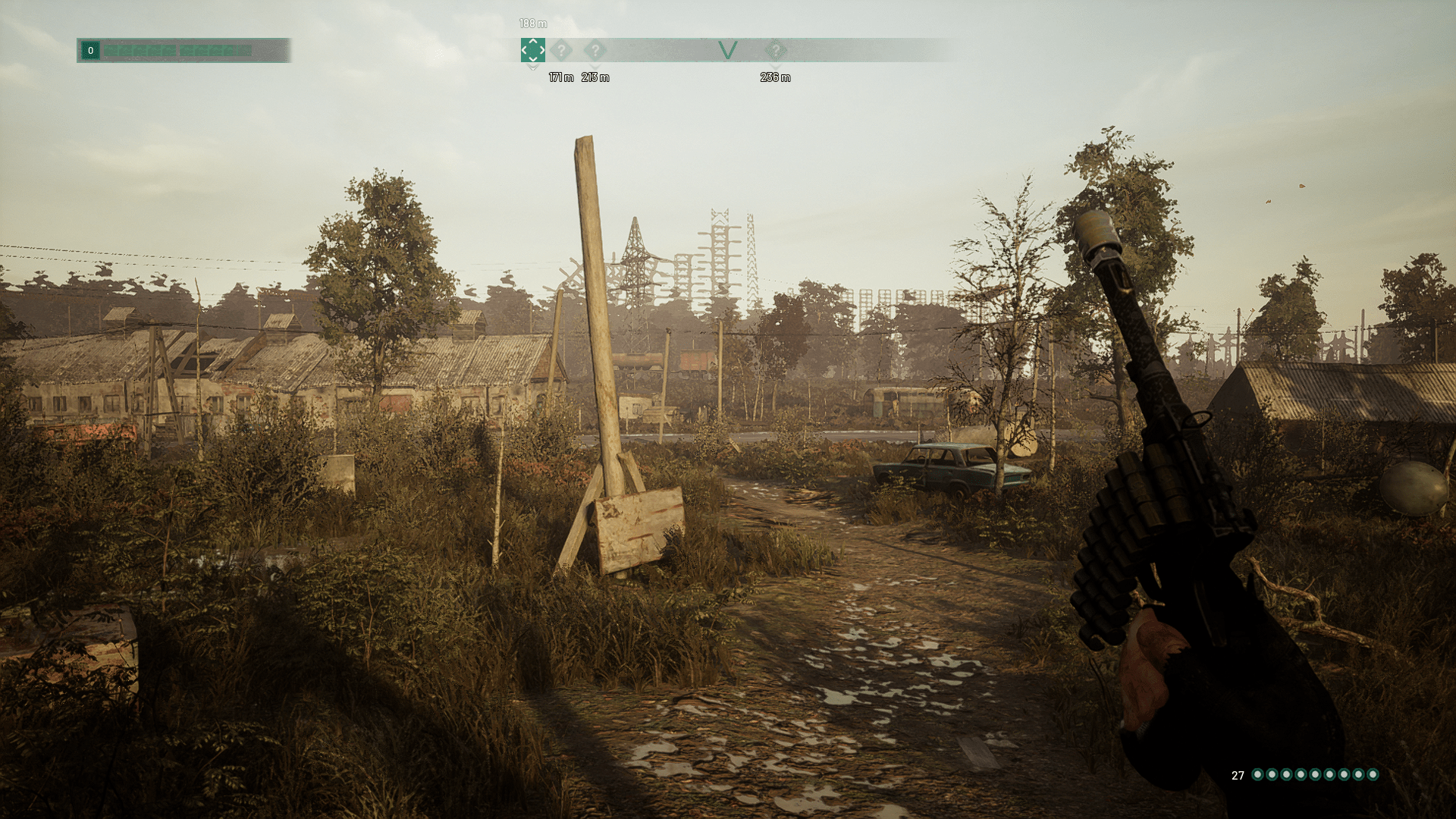 If you didn’t know this video game and suddenly looked at a couple of out-of-context screenshots, you’d think it’s another post-apocalyptic romp about shooting bandits and mutant dogs in the face. And you’d be wrong. Well, Chernobylite does include a fair amount of (optionally) shooting faces, but it’s more concerned with its characters and the narrative threads built between them. You see, Polish developer The Farm 51 borrowed quite a bit from S.T.A.L.K.E.R. and even the Metro series (also based on novels), yet most similarities are surface-level. It’s a game that behaves quite differently from those, and it goes in a wilder and brainier direction.

I wouldn’t consider the atmosphere in Chernobylite to be nearly as thick as the ambiences found in the franchises it pays homage to, but that doesn’t make it plain — far from it, the setting and overall mood found here make most post-apocalyptic western AAA video games feel like school trips. Unsurprisingly, Eastern developers have a knack for getting these games just right in the audiovisual side of things. There’s also a special gravity to Chernobylite‘s world, as it kicks off with flashbacks of the Chernobyl incident, and later toys with pre-disaster visions of the past. Narratively speaking, it’s not a game about what came after the incident, but rather a what-if exploration of what led up to it. Why did this happen? How could it have been prevented? These are questions that countless works of (both eastern and western) fiction have asked for decades, and Chernobylite goes down the trippiest route possible to answer them.

Without getting too deep into spoilers: chernobylite is a technogenic mineral seemingly formed due to the meltdown of Chernobyl’s reactor no. 4. In the game’s continuity, this highly dangerous material appears to be progressively taking over the exclusion zone, causing all kinds of phenomena which regular science can’t explain. You play as one of the top scientists involved in the disaster, Igor, and the story mainly revolves around what happened to Tatyana, his fiancée, who mysteriously went missing after some inquiries by the Soviet government. It’s a story full of fantastical elements, sci-fi devices, and enthralling conspiracies. I mean, the game introduces a chernobylite-powered portal gun during its first 30 minutes like it’s no big deal. The script goes way beyond the Zone and oneiric flashbacks, often looking for clues hidden within the cracks of our reality. If we combine all these elements with the dead/missing love interest plot, this could very well have been helmed by Christopher Nolan.

To make things better (or more complex, at least), the game’s narrative is non-linear and quite flexible. In fact, Chernobylite contains a couple of systems I haven’t seen anywhere else. When you think you’re getting used to its mechanics and the world’s rules, it throws a couple of massive curveballs your way. Up until the end, the game kept me on my toes and urged me to reconsider the choices (there are lots of them) I had made hours before the conclusion. My advice here is: avoid spoilers like the plague if you want to check this out later down the line. Going in blind (and not expecting a S.T.A.L.K.E.R. clone) is the best way to experience this journey. 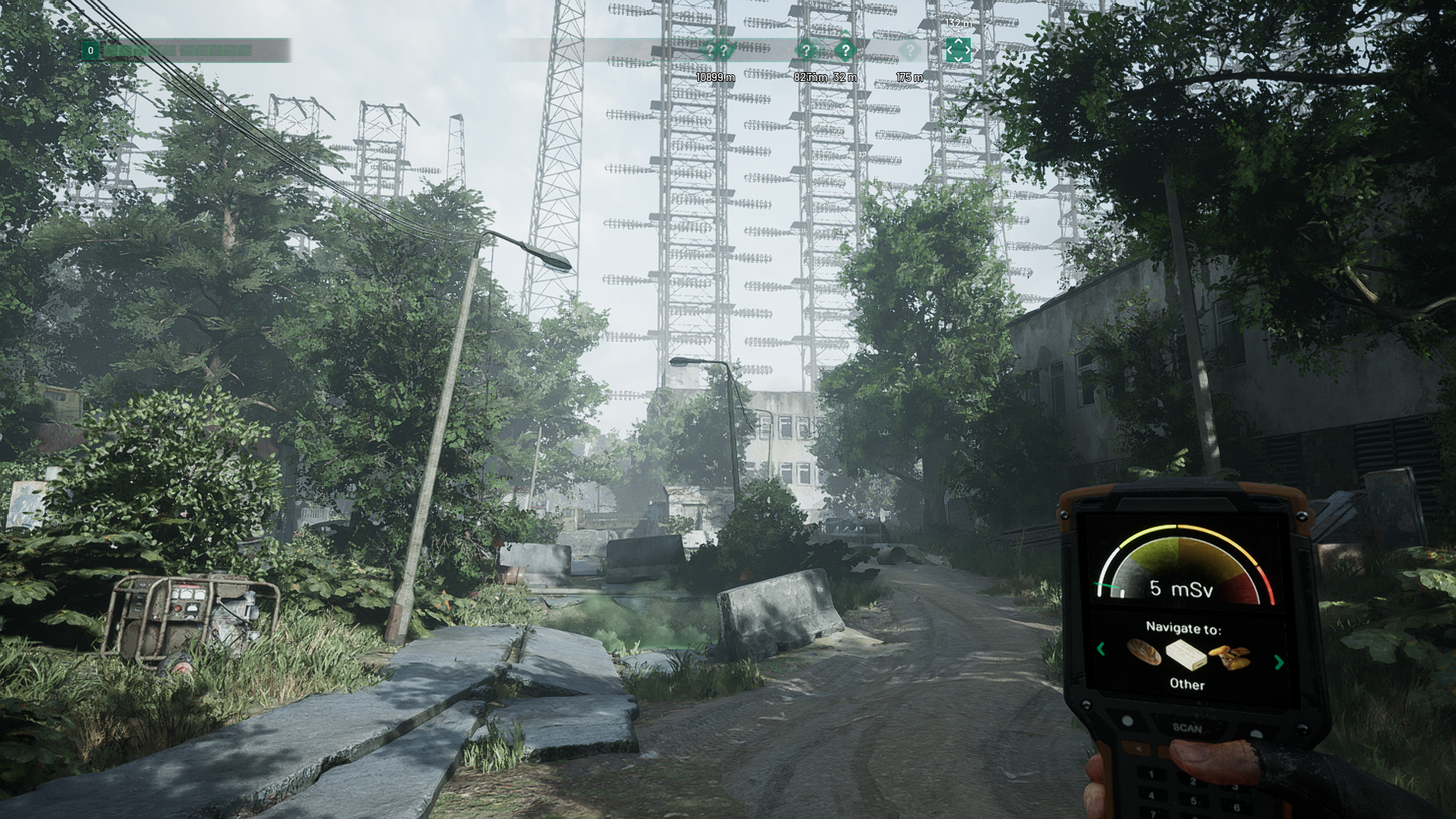 While the storyline is fairly easy to follow and push through, since the string of main quests thankfully isn’t blocked by obligatory grinds, the levels and progression aren’t linear. No, Chernobylite isn’t an open-world game, but it’s not a linear one either. Instead, it packs a handful of reasonably big areas which can be explored repeatedly and house most of the game’s missions. There’s some variance to loot placement (salvageable stuff respawns randomly), weather conditions, and the number of enemies roaming around, but you’re basically going to revisit these locations under different circumstances several times, and that brings the overall appeal of the game down. I personally believe everything wraps up before the excursions to the Zone become tiresome, but the repetition is there and can become more prominent if you spend additional hours with secondary expeditions.

While grinds aren’t needed to progress through the main plot, going out of your refuge just to salvage useful materials, food, and medicine is often recommended. The game has an excellent companion system which allows friendly NPCs to take care of these chores, too. In my playthrough, I mainly focused on the main story missions while they searched for the stuff the base needed to grow and keep us all alive. This strategy worked because I actually did plenty of scavenging on my own during the story-heavy missions, since the maps used for them, as stated before, are the same. It’s all about getting used to the device which allows you to find valuables and crafting materials; using it periodically (as often as possible, since it has a cooldown) as you move towards the objectives is of key importance here. Keep that up, be smart about crafting, and your base and companions will be fine.

Companions are great, by the way. You’ll find some random NPCs in the most unexpected places, but fleshed out characters will join your ranks and help you tackle the challenges ahead while also bringing you to subplots that can help the overall investigation. In fact, companions are the bread and butter of the game, as they make the refuge lively, constantly approve or criticize your decision-making, and are essential to the game’s progression and, especially, its final act. Moreover, they offer training in a number of extremely useful skills and can use weapons and armor found or crafted by yourself (I recommend that you do this). One of Chernobylite‘s biggest strengths, and the one that outweighs the repetition of its limited scale and structure the most, is how alive it feels. The world isn’t static, your choices have strong repercussions and affect the game’s difficulty, and pretty much everything can be tweaked in surprising ways. One more time: go in blind.

Some players might disagree with me, but I also believe the folks at The Farm 51 were quite smart about enemies; there isn’t a lot of variety here, yet they accommodate the game’s mechanics perfectly and never become the focus. Most of the time, they’re obstacles that can be avoided, and that is often recommended, as your sanity can deteriorate as much as your health. And that ain’t good, lemme tell you. Actually, the game repeatedly implores you to thin their numbers with some of its more flexible systems in order to avoid direct confrontation. This is also reflected in the limited selection of weapons: three regular ones, plus a bit of sci-fi explosiveness if you’re feeling extra crazy. They all can be improved (put on some silencers, trust me), yet the game doesn’t really want you to go guns blazing through its levels. I personally made great of use of a silenced revolver, but you want to keep a shotgun around, especially during the later stages. 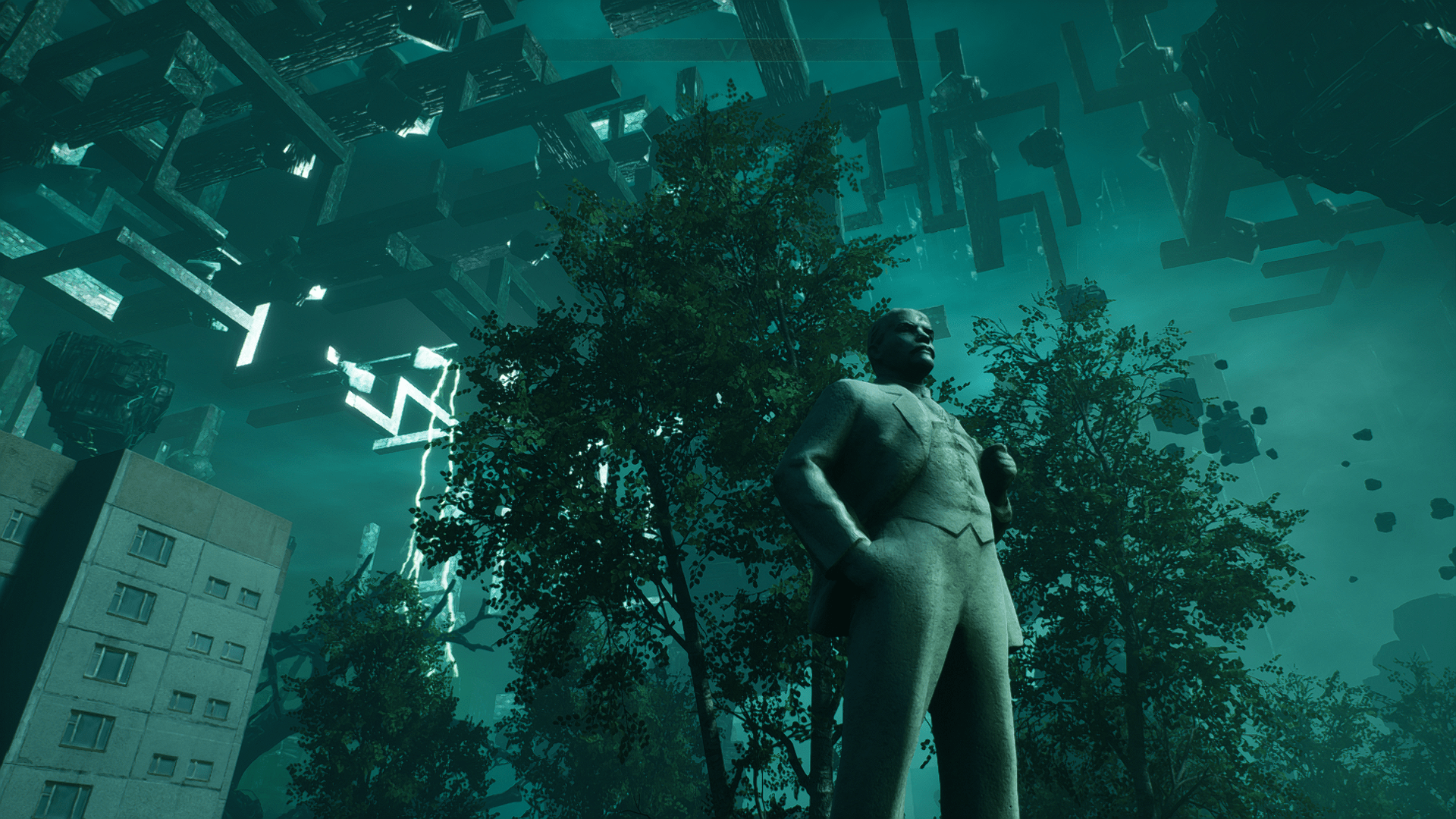 I’ve been thoroughly impressed by Chernobylite. It’s a daring game that chooses makes things hard for itself and comes out the other side of the portal mostly unscathed. The Farm 51 juggled a lot with this one, yet it all comes together in the end and never becomes too much. Of course, we’re still looking at an independent game which had to be smart about its budget, so some stuff doesn’t fully click, namely the repetition of areas and many quests being dull “go to the marker and talk to some dude” assignments which are prone to being rushed. Most of these problems are mitigated by how good the writing and the setting are, but maybe those gorgeous levels needed something more to make me want to stick around and not run to the nearest point of interest. The difficulty balance is a bit off as well; for a title which likes to make its world look and feel as dangerous as possible, the survival elements never feel too harsh, nor do the enemy encounters (as long as you don’t rush in blindly). Both my base and character build were far from optimized, yet I never felt like I was struggling, even when some of my comrades got hurt and needed extra care.

I’d also like to mention the stellar soundtrack by Mikołaj Stroiński (The Witcher 3, The Vanishing of Ethan Carter), which is bewitching but never feels derivative; his influences are clear, but the final results stand firmly on their own. An impressive 3D-scanned recreation of the Zone, married with beautiful art direction, make Chernobylite stand out visually too. The game’s a looker and also packs some fresh PC tech, such as Nvidia’s DLSS supersampling solution and AMD’s FidelityFX Super Resolution, an open source take on the visuals-framerate balancing act. This game didn’t come out of early access feeling barebones.

Chernobylite is now available on PC (Steam and GOG) for a recommended price of $29.99. PlayStation and Xbox systems are getting it on September 28.

Thanks to The Farm 51 for the review code.