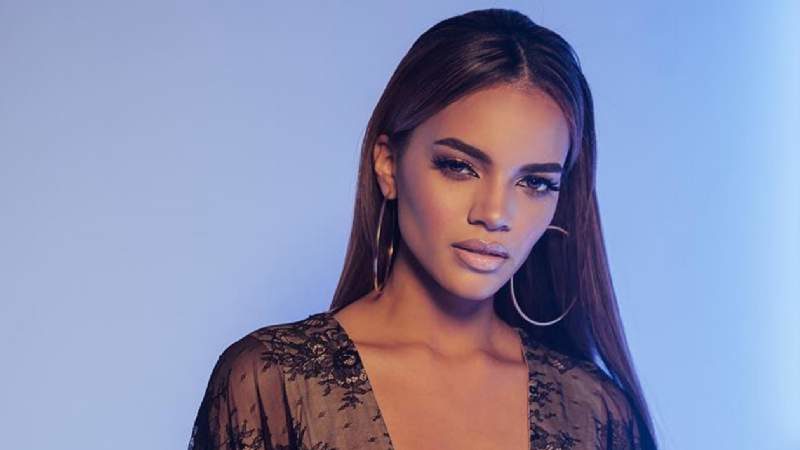 Leslie Grace has been cast as Barbara Gordon in the Batgirl movie planned to air on HBO Max.

According toThe Wrap, Grace, who recently starred in Jon M. Chu’s In the Heights, won a hotly contested auditioning process that pitted her up against Isabela Merced (Dora and The Lost City of Gold), Zoey Deutch (Zombieland: Double Tap), and Haley Lu Richardson (Five Feet Apart). It seems it eventually came down to a two-way contest between Grace and Lu Richardson, with the former winning out.

Batgirl will become the first DC movie to exclusively debut on HBO Max, and will be directed by Adil El Arbi and Bilall Fallah, who directed last year’s Bad Boys for Life. Leslie Grace is the first Dominican-American to star in a DC movie, after Latina actresses Sasha Calle (Supergirl in The Flash) and Rachel Zegler (Shazam: Fury of the Gods) joined the DC universe recently. The script has been written by Christina Hodson, who was a screenwriter for Birds of Prey and worked on the latest script for The Flash too. Kristin Burr (Cruella) will produce the movie.

Batgirl will presumably act as an origin movie for Barbara Gordon, but it will not be connected to Matt Reeves’ The Batman, with Warner Bros. keen to keep that world separate from the more established heroes of recent DC movies. It is unclear if they will cast a new Batman for this movie, but it seems unlikely, given Robert Pattinson has only just been cast in Matt Reeves’ movie and Warner Bros. probably won’t want to risk confusing more casual audiences with multiple Batmen in different projects at the same time. That said, Michael Keaton is reprising his role as Batman in The Flash, and Ben Affleck is rumored to briefly return as well, so we can’t rule anything out at this stage.

We still don’t have a release date for Batgirl, but we’re probably two years away from its release at the earliest.