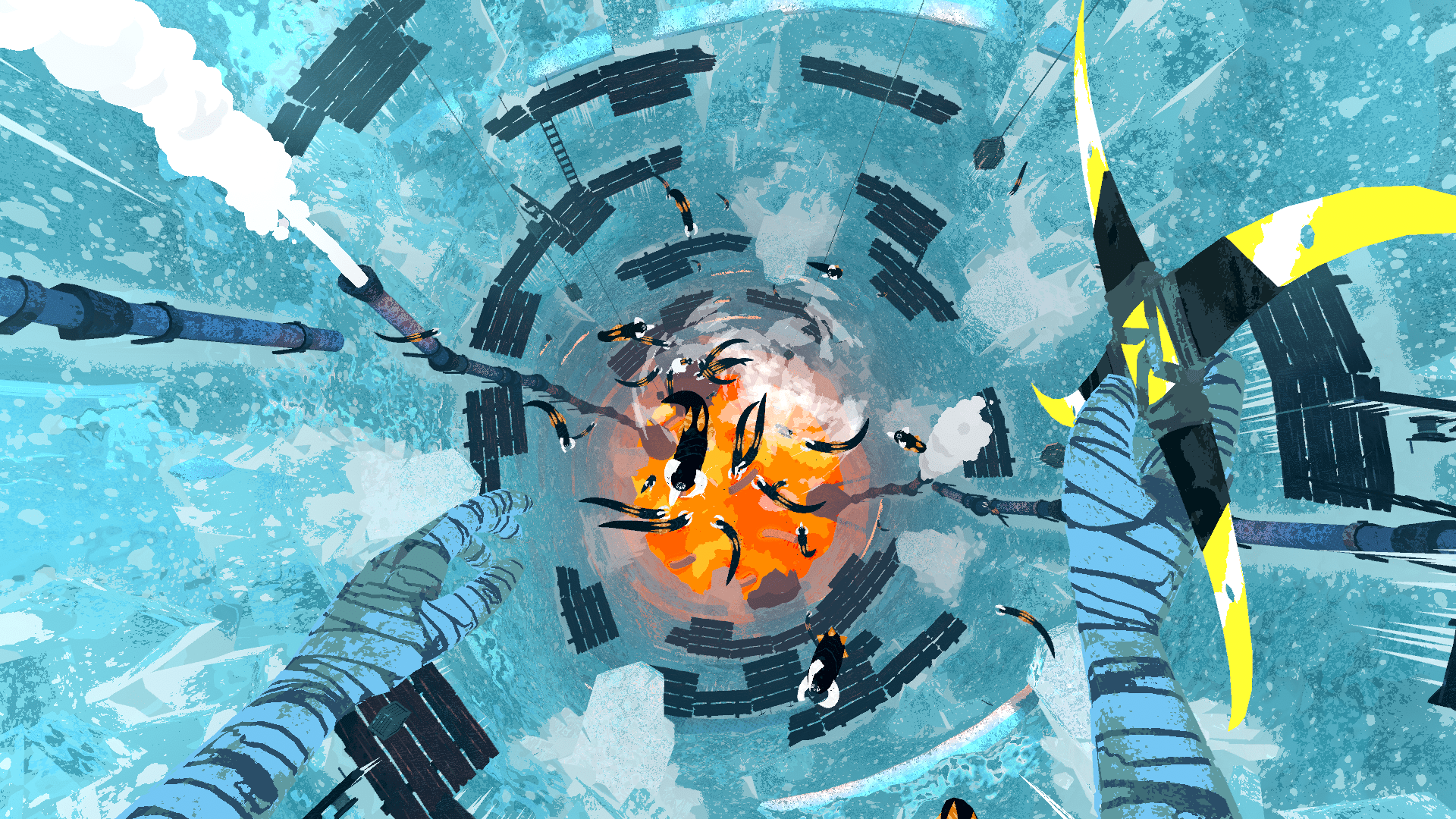 Boomerang X is brisk and insanely fun. It’s also an off-beat experience that might not be for everyone.

As I mentioned in my E3 recap article, Devolver Digital’s showing was (as always) a ton of fun and packed an absurd amount of wacky and attractive titles. It’s hard to feel indifferent about their roster of games year after year. One of the first “Devolver bangers” to arrive this summer has been Boomerang X, a “first-person boomeranger” developed by Dang! (the exclamation mark is important), an indie studio based in NY.

It’s an impressive debut. I want to say that from the get-go. Boomerang X has a strong and unique personality, plus its audiovisual vibes are out of the ordinary. Somehow, it manages to channel the best of classic arena shooters without imitating them. There’s nothing quite like it, but I felt “at home” from beginning to end. This is kind of hard to put into words, so bear with me. 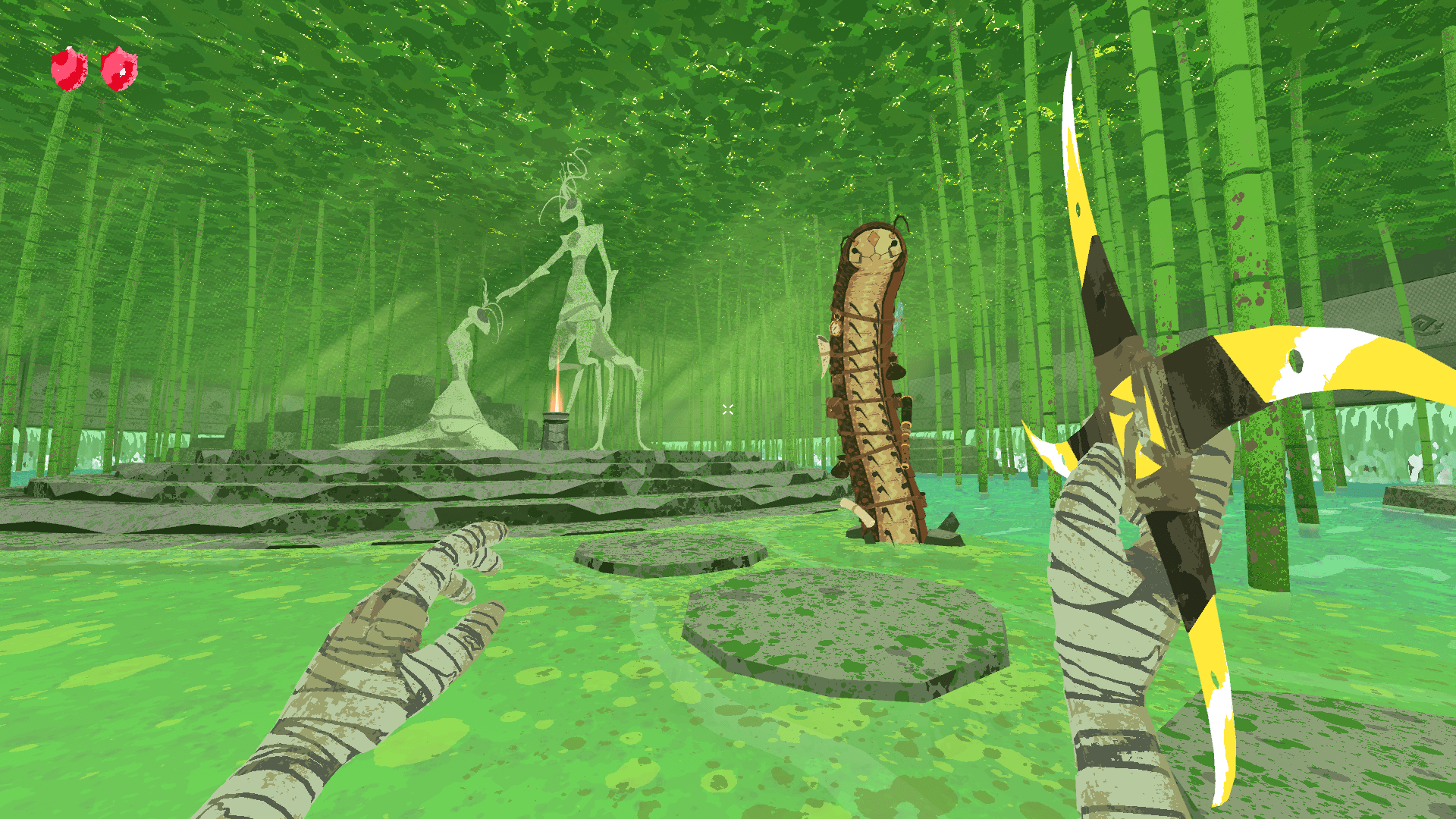 Boomerang X wastes zero minutes and gives zero f**ks. From the striking art style to the environmental, minimalistic storytelling, all the non-gameplay elements have been designed to embellish a formula that moves at breakneck speed. This game really is all about the gameplay, but I find myself constantly thinking about its environments, the soundtrack inspired by Asian music, and paper-thin lore bits that inform a simple adventure.

We barely know anything about the main character, other than he’s the sole survivor of a shipwreck in an unknown island. As soon as he wakes up, the only path forward is through the jungle, where a mysterious, bladed boomerang awaits a worthy warrior. Then, the action starts and barely stops until the very end of the game. And it’s a short game, but one that will leave most players exhausted yet desperate for more.

Boomerang X feels speedy and punchy enough during its first few arenas, but soon you gain new abilities, and the rings become increasingly complex — same goes for the enemies. If you fail an arena (which contains several waves of enemies), you must redo it from the beginning. A fun twist is that only marked enemies need to die in order to finish a wave, and focusing on said targets is essential in the later stages. It’s not an easy game, but I don’t think it’s especially challenging either — you’ll die, but deaths never feel unfair, and patience (among all the chaos) and a clever use of the abilities at your disposal is more than enough to beat it under two hours. Yes, it’s that short. Dang! made a game that asks to be replayed and perfected. “Gameplay fat” is nowhere to be found, and getting lost is virtually impossible. Just rush forward and clean the sprawling levels. 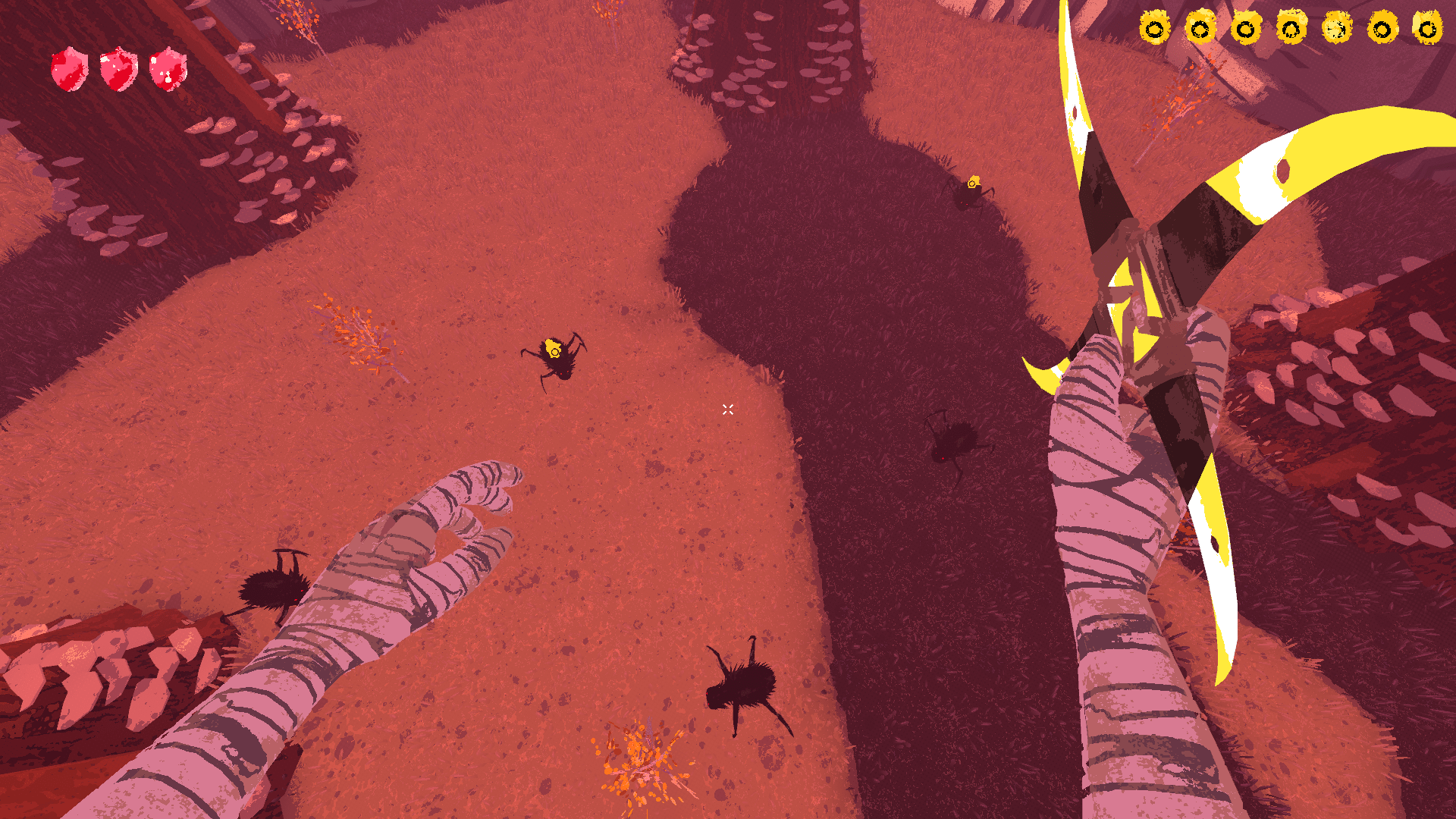 Of course, if Boomerang X is that short, the gameplay and pacing ought to feel awesome. And they totally do. The controls are snappy and easy to pick up, and the game is constantly throwing new stuff at you — two hours is actually plenty of time to condense a fair amount of skill progression, character upgrades, and story beats. I’d be lying if I said the gameplay systems or the storytelling are meaty, but they’re what they need to be and do what they’re supposed to do. The bread and butter of the demon-killing business is throwing and recalling your boomerang, but you can also move to its current position, or chain multi-kills that enable destructive powers. It’s a rhythmic dance of killing and platforming that soon becomes second nature, and it feels great.

You can run and jump through the entire thing without knowing what the hell is going on, but there are some breathers in between arenas — you can explore some of the (linear) levels out of combat and listen to what sentient giant centipedes (millipedes?) have to say about the mysterious island and the weird stuff going on. In a way, Boomerang X feels like Dark Souls when it comes to telling a story via its decaying and ancient locales. There’s that distinct feeling of loneliness and melancholy to the setting as soon as you’re done fighting for your life. Something happened there long ago, and you simply stumbled upon what’s left of a civilization that was wiped out by a nefarious force that couldn’t be controlled. I dig stories like this one, regardless of how mute they often are. By the way, a sequel seems almost certain by the time the credits roll, and it could be quite different. 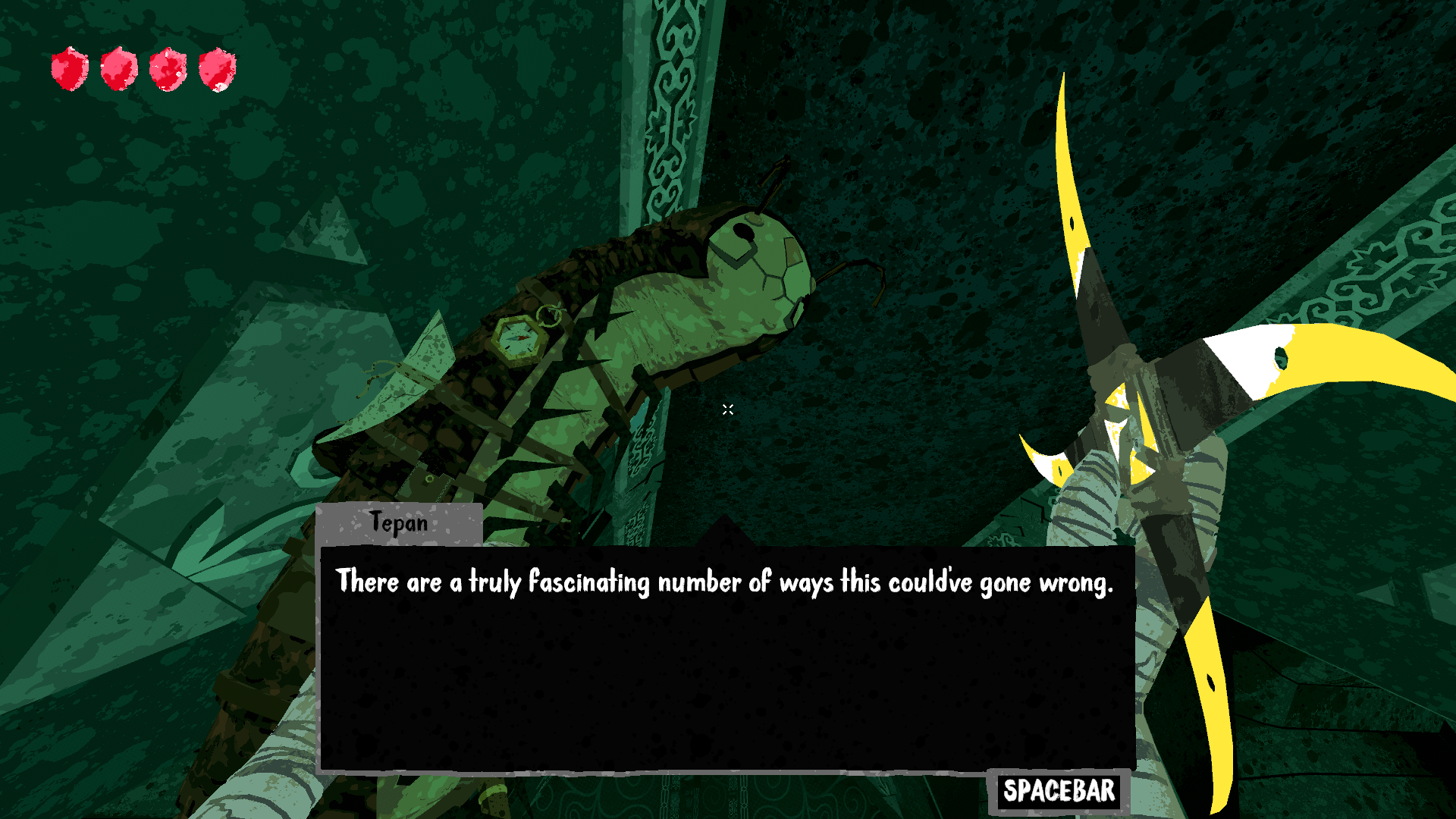 I firmly believe Boomerang X succeeds at everything it sets out to do. The pacing is probably the craziest I’ve experienced in an action game since last year’s DOOM Eternal, and no section overstays its welcome. Some gamers will feel taken aback by the duration, but it undoubtedly is designed to be replayed (a NG+ mode is included) and speedrun in a variety of ways — the achievements are really fun. Personally, I think it could’ve used some degree of exploration and side activities to fully take advantage of its systems and locales, but that’s not the game Dang! wanted to make. It’s a purely visceral experience unlike any other that FPS diehards will surely enjoy. I can’t wait to see how people break it down and blast their way through the arenas.

Boomerang X is now available on PC (via Steam and GOG) and Nintendo Switch. Release plans for other platforms remain unclear, but I’d be surprised if it doesn’t hit PlayStation and Xbox systems in the near future. The price is currently sitting at $19.99, with the option of a slightly more expensive “soundtrack edition” that includes Ben Caulkins’ amazing 17-track album.