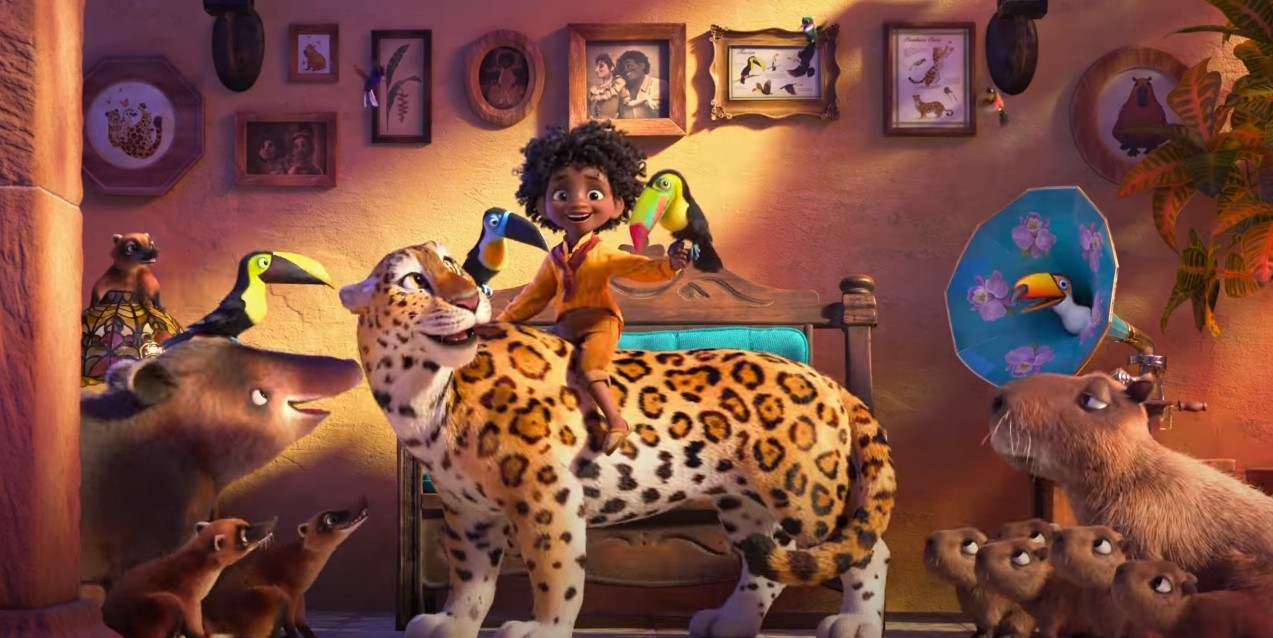 Walt Disney Animation Studios’ next film is Encanto, a musical set in Colombia.

We hadn’t heard much about this since last December, when Disney Animation announced the project would mark their 60th feature film. This statement was part of Disney’s massive roster of animated projects (both for theaters and Disney Plus), which was revealed during their Investor Day 2020.

Yesterday, a teaser poster finally debuted ahead of today’s teaser trailer, which is a delightfully colorful first look at an uncommon family living in a setting previously unexplored by Disney:

The official synopsis released by Disney reads as follows:

Walt Disney Animation Studios’ “Encanto,” is the tale of an extraordinary family, the Madrigals, who live hidden in the mountains of Colombia in a magical house, in a vibrant town, in a wondrous, charmed place called an Encanto.

Stephanie Beatriz (Brooklyn Nine-Nine) stars as Mirabel Madrigal, “an ordinary 15-year-old who’s struggling to find her place in her family.” Classic Disney coming-of-age tale, here we go. We’ve yet to learn about the rest of the voice cast, but we know for sure that Lin-Manuel Miranda, Disney’s current go-to music guru, is handling the film’s original soundtrack, which is filled with songs that, like the story, celebrate and draw from Colombia’s culture. Jared Bush (Zootopia), Byron Howard (Tangled), and Charise Castro Smith share directing duties, with a script written by Bush (Moana) and Castro Smith (The Haunting of Hill House).

A beautiful poster has also dropped alongside the trailer:

There’s no place like Casa Madrigal. 🏡❤️Check out the new poster for Disney’s #Encanto now! pic.twitter.com/Jp8Bjs93kj

Unless Disney’s release strategy changes again, Encanto will hit theaters in the States on November 24, 2021.