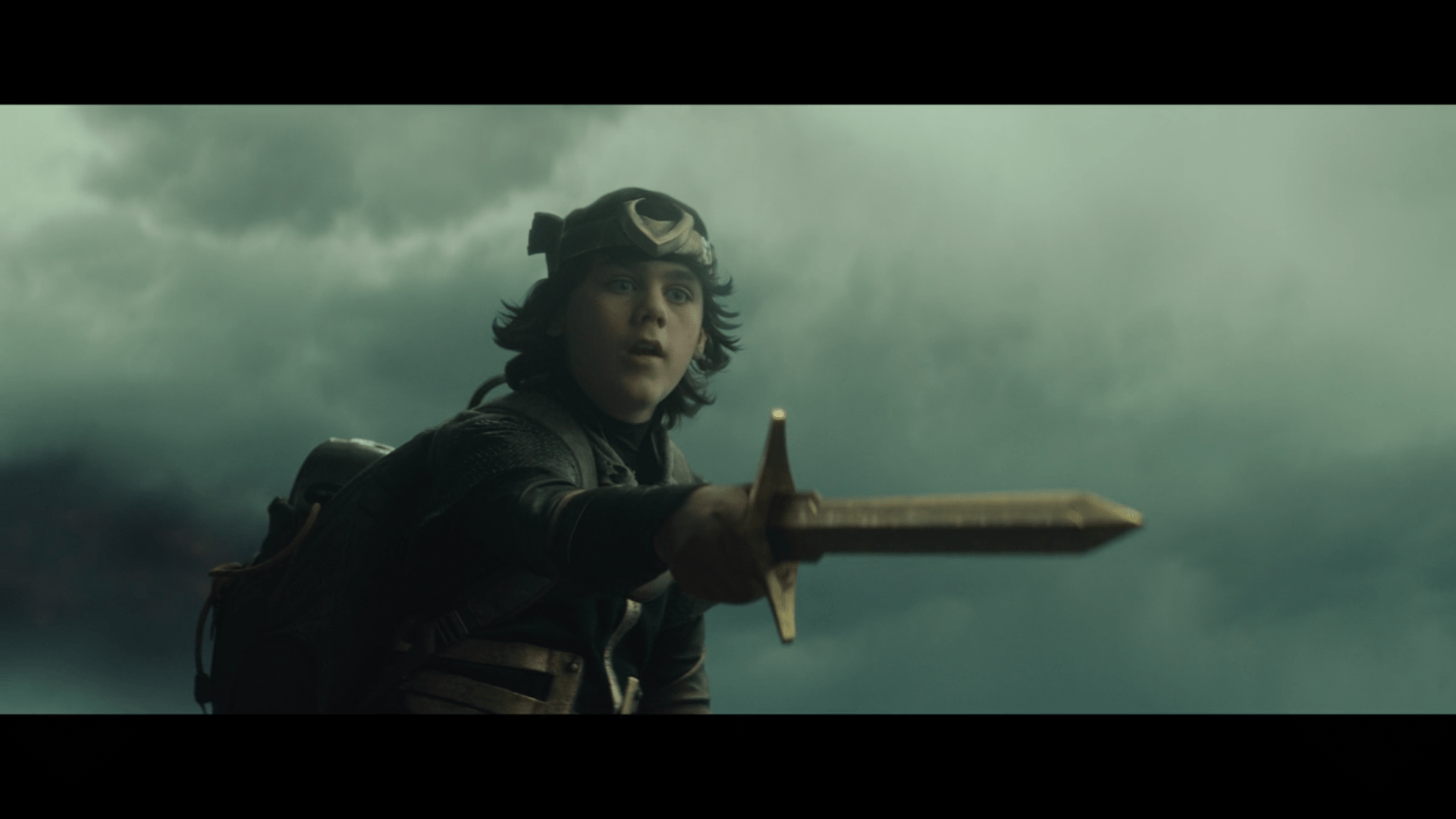 Loki meets a bunch of Lokis in Journey into Mystery. And things somehow get weirder…

After last week’s eventful fourth episode, which raised the stakes and properly set up an enticing third act, Marvel Studios’ Loki has finally gone crazy with the concept of variants. As teased by the post-credits scene in Episode 4, Loki is welcomed to the Void (more on that later) by four different variants: Kid Loki, Boastful Loki, Alligator Loki (yes, really), and Classic Loki, played by Richard E. Grant (Star Wars: The Rise of Skywalker).

One of my main fears after last week’s stinger was that Episode 4 could get overcrowded and too fanservice-y. I’m happy to report none of that happened. While Journey into Mystery packs plenty of winks for long-time comic book fans, and the variant Lokis all play important roles in the story, they didn’t steal the spotlight from Loki (the main one) and Sylvie, and this installment is well-paced from start to finish.

Turns out that this episode followed the two main characters in parallel for a good while, going back and forth between the TVA and the Void where Loki (and seemingly Mobius) ended up after being pruned. Ravonna Renslayer also has a sizeable role this week, giving Sylvie some tidbits about what might be going on with the person behind the fake Time Keepers, but ultimately pushing her own agenda. At this point, we can safely call her an antagonist. Before delving into spoiler territory, I’d also like to applaud director Kate Herron’s work here — Journey into Mystery is probably her cleanest Loki chapter yet. 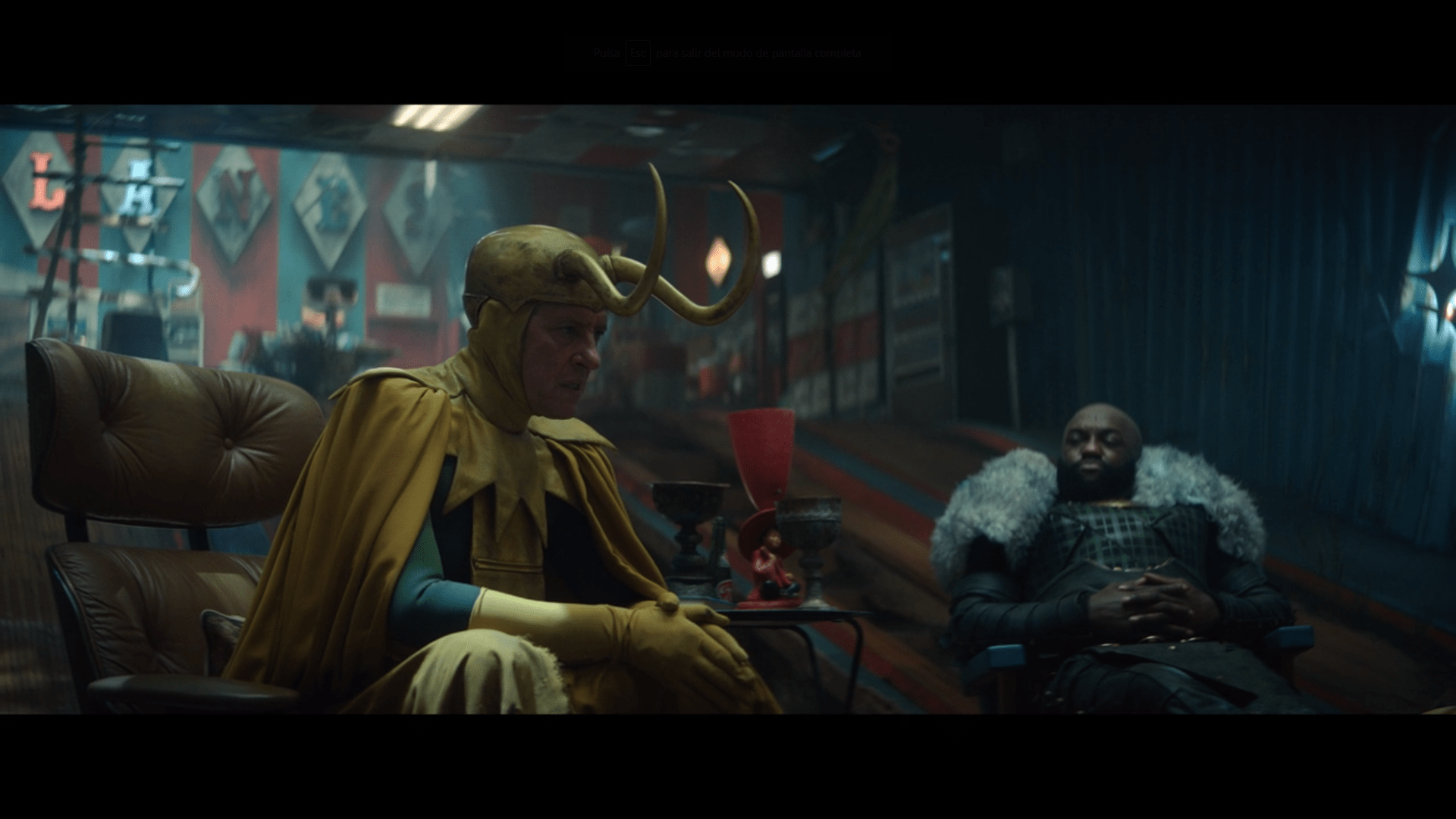 One would expect this episode to be burdened by lots of exposition as well, but that isn’t the case here. The rules of the Void, a place at the end of all known time where everyone and everything “deleted” by the TVA goes to, are quickly defined by the variant Lokis: getting out isn’t an option, and a giant angry cloud demon (named Alioth) must be avoided in order to survive. If he catches you, you’re gone for good. This setting is attractive and completely different from anything we’ve seen before, but it also does wonders for the narrative — writers don’t have to worry about messing up the time travel rules here because there’s nothing after this point. On the other hand, I wondered about all the TVA enforcers that got pruned during the show… They were carrying their time travel thingies, right? The Lokis mention at some point that, of course, getting out of there wouldn’t be a question if they found one of those devices. Well, there should be plenty of them (even working ones) lying around, and they had no trouble finding main timeline Loki because plot reasons. No biggie, but that’s the only thing that felt off about their claims.

Alligator Loki somehow isn’t the oddest character in the episode, as Throg has a quick cameo during a transition between scenes. This had been rumored for a while, and it put a giant dumb smile on my face, although I’d have liked him to have an actual role in the show, but maybe it simply wasn’t the time (as I stated before). Other amazing winks and neat little details include the Thanos-copter (totally LOL’d at this), a crashed UFO, Ronan’s ship, and Yellowjacket’s (giant) helmet. And there’s plenty more. Everything fits here, really.

Kid Loki, played by Jack Veal, is soon revealed to be the leader of this small gang of Lokis, as he killed his brother Thor — a feat which appears to be incredibly rare among the gods of mischief. Richard E. Grant’s Classic Loki (from the original comic books) is the one that plays a larger part in the episode; his background story nurtures our Loki’s character development even further, making him realize he’s always been destined to live as an outcast. I think this also solidifies his feelings towards Sylvie; if he doesn’t really belong with anyone, living with another version of himself may be the only way to find happiness. Still, his determination later in the episode manages to surprise the other Lokis, and the whole series seems to be largely about writing your own fate, so I could see him completely changing as a character aside from falling in love with his female variant. 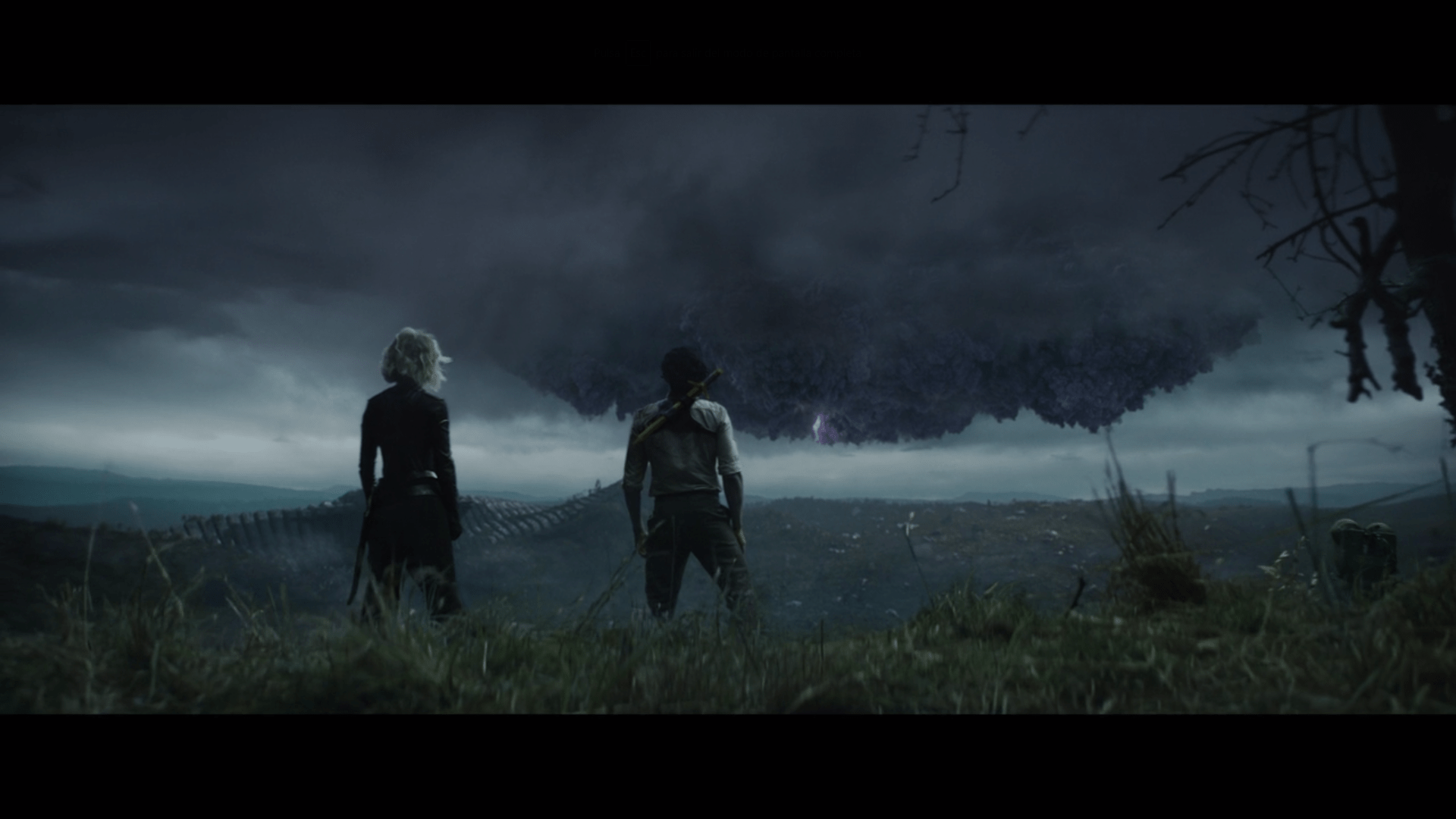 Sylvie herself seems a bit more conflicted about her feelings though. She’s definitely vibing with Loki, but she doesn’t even know how to make friends, which makes sense, as she’s lived on the run ever since she escaped the TVA when she was a child. Going from “nobodies” to lovers is hard, and the writers fully acknowledge this. I agreed with the sentiment that maybe their relationship was a bit rushed with last week’s developments, but now I can see what they’re going for — our Loki, extremely narcissistic, has little trouble finding comfort in himself (herself?), but Sylvie’s life has been completely different and too urgent, so she never had time to develop that side of the Loki persona. Whatever happens next week in the finale, I think the chemistry between Tom Hiddleston and Sophia Di Martino is spectacular, and I’d like them to end up together one way or another.

Mobius also enjoyed some time off with Sylvie inside a ridiculous car — he finds her shortly after she drops from the sky. Their bits together are basically “filler” until they get to Loki, but they were needed filler, as Mobius and his long-elusive “prey” hadn’t spent much time together. It’s all good stuff, but once again I was bothered by how quickly people are able to find the stuff/person they’re looking for in this massive desolate wasteland. Maybe an additional plot device was needed in this episode in order to nullify the coincidence-o-meter. Kid Loki has a machine that appears to help him find spots where stuff crash-lands, but what about everyone else?

Eventually, our two Lokis conclude (each on their own) the only way out is through the big angry living storm — it must be guarding something or someone at the only place in time which cannot be reached by the TVA. Sylvie and Mobius simply drive back to Alioth, as they were originally trying to get away from it, but mainline Loki has some trouble getting out of the variants’ refuge — Boastful Loki (DeObia Oparei) betrays his companions, letting (a deliciously over-the-top) President Loki and his group take over the place — I guess they needed a bunker of their own too. In a totally expected non-twist, President Loki double-crosses Boastful Loki and wants to claim Kid Loki’s “throne” for himself, and… he’s also backstabbed by his group (Lokis are the way they are). A fight breaks between pretty much everyone, and Kid Loki, Classic Loki, and Loki (yes, the main one) leave the place. Alligator Loki is the one who steals the scene here, by the way, as he bites President Loki’s right hand off before scurrying away with our gang. Looking back at the episode and writing this paragraph make it feel like a fever dream. 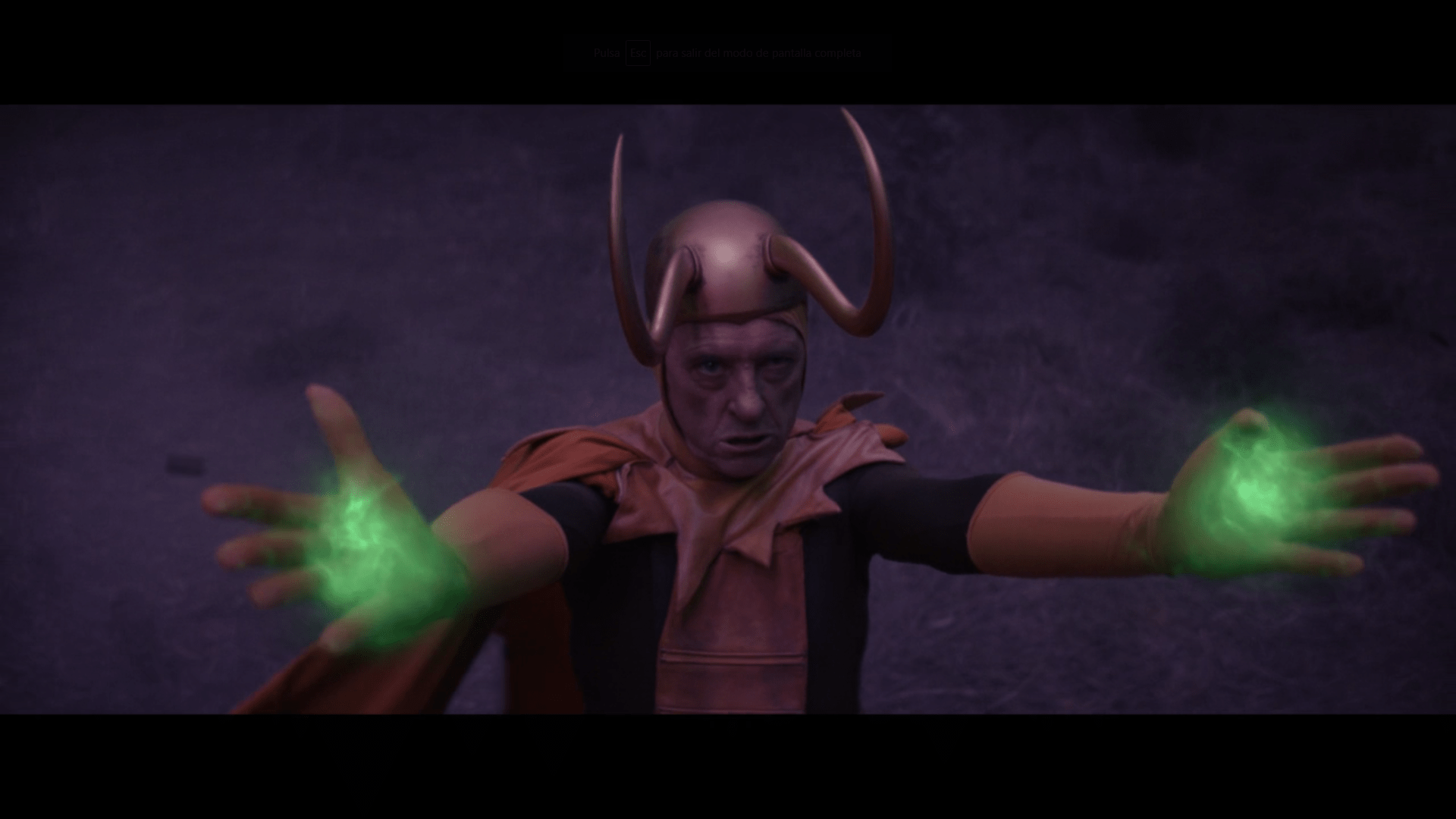 It’s also worth mentioning that Loki’s initial plan was to somehow kill Alioth, but a brief scene featuring a stranded battleship promptly erases that idea from his mind. Sylvie’s plan is subtler — as she was running away from the entity, she had a quick vision of Alioth’s mind. It might not be beatable, but it can be enchanted. We know for a fact she’s a Loki, but I’m 100% sure she’s the MCU’s version of the Enchantress for good.

The variant Lokis let Loki and Sylvie wrestle the demon and choose to stay behind when Mobius offers them a ticket out of there — I’m guessing no TVA workers made it back from the Void after pruning incidents because they were swiftly devoured by Alioth? Mobius’ last words before departing (and sharing a genuine hug with Loki) also open up a probable scenario for the season finale: while Loki and Sylvie meet the “man behind the curtain” at the edge of time, Mobius will likely provoke an uprising within the TVA and face Ravonna.

As our two Lokis try to enchant Alioth — Dragon Ball-esque “reach for your inner power” moment included — Classic Loki returns and sacrifices himself in order to give them enough time to enchant the demon. In a way, Richard E. Grant’s variant finishes what the Loki that died in Endgame couldn’t: he escaped Thanos, removed himself from the equation, and reflected upon his misdeeds. Aside from inspiring this “out of time” Loki that we’re following now, he also gives him a chance at being the best version of themselves. It’s a rousing and impressive scene, and the veteran actor’s performance here is nothing short of excellent, culminating in a sacrifice as emotional as the MCU’s most poignant moments. Quite frankly, Richard E. Grant steals the episode. I’d like to give a shoutout to Natalie Holt for her astounding original score, too.

With Alioth now out of the way, the path forward is open, and the series’ “Wizard of Oz” will be revealed next week. If you have been paying attention to recent rumors and theories, you probably know who is behind all this. It’s all linked to an actor being cast for a big Marvel role last year, way ahead of the tentative production start date for the film in which he’ll appear. This is no “Mephisto in WandaVision” situation, and it’d be a massive shocker if someone else turned out to be the puppet master.

Come back next week for our final Loki Season 1 review and some closing thoughts regarding the MCU’s future!