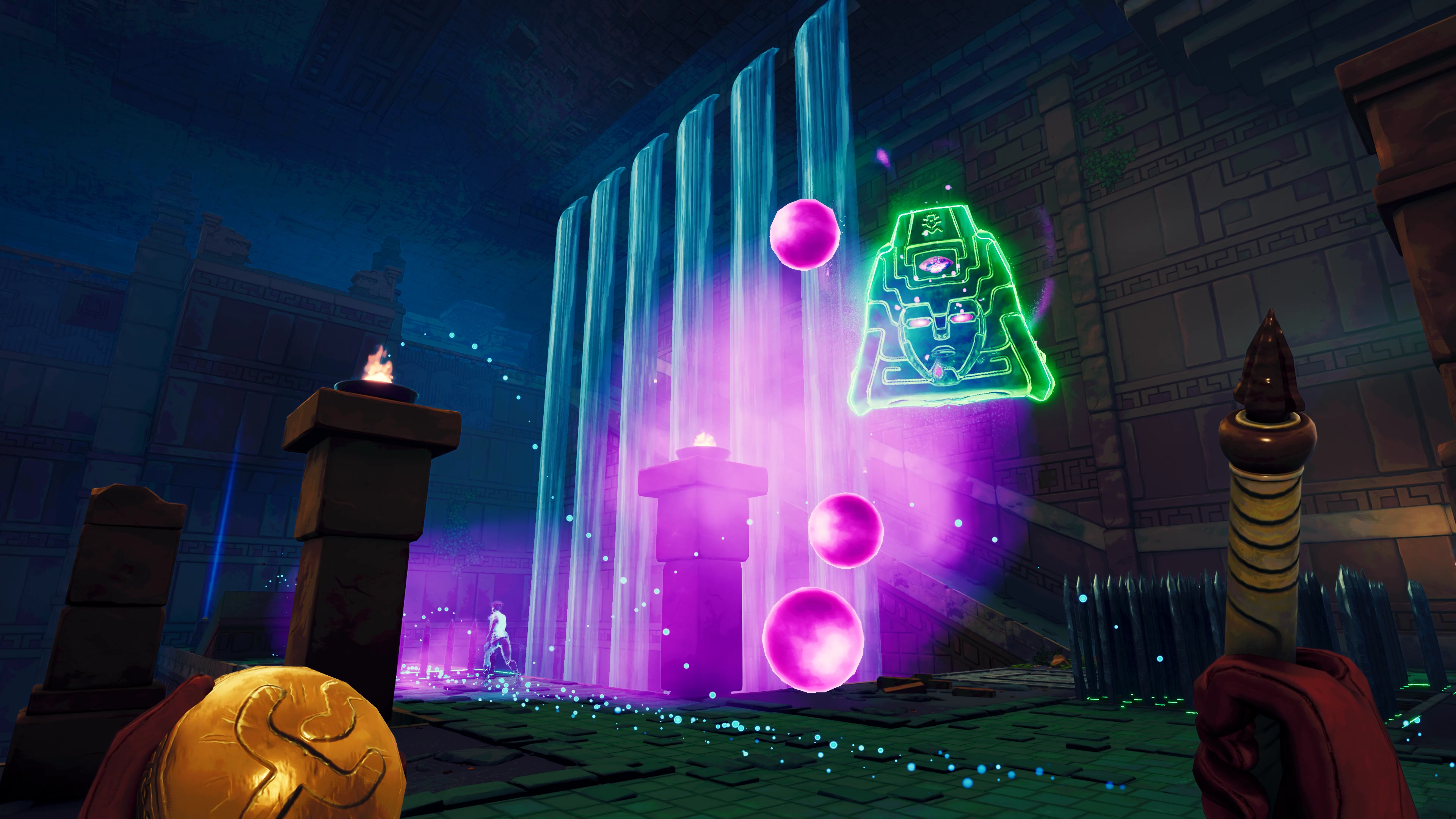 The temple is unknown and unpredictable. Ghosts appear to be as lost as you. The guardian is relentless. But the relic is within your grasp. Welcome to Phantom Abyss.

This is yet another indie roguelite title, but what can I say? The genre is flourishing in unexpected ways and kickstarting lots of diverse projects from developers such as Team WIBY, who hail from Queensland, Australia. Phantom Abyss has been one of renowned publisher Devolver Digital’s hottest attractions since it debuted a little over a month ago, extremely close to its early access launch date — June 22. After some additional promotion during E3, buzz surrounding the game went up and up, and it’s managed to make quite a splash on Steam and Twitch this week.

The game’s premise is simple: get through increasingly difficult levels in an underground temple until you reach a precious relic. Grabbing the final artifact effectively ends the run and sends you back to a hub of sorts where you are trapped alongside an ancient deity that talks to you via statues and idols. Phantom Abyss isn’t big on narrative, but the idea here is that you went all Indiana Jones on these ruins and ended up in a bad spot. With no way out, you have to play by the god’s rules: enter the Phantom Abyss and bring back relics to boost his power so he can break free. Deaths don’t seem to matter; it’s an apparently endless (and unforeseeable) task.

So… what’s the attention-grabber here? Well, first of all, you’re not alone… kinda. Phantom Abyss is an asynchronous multiplayer experience, meaning you don’t get to interact with other players in real time, but they can still help you in your quest. Countless adventurers have fallen before you, and you’ll come across their phantoms while running through temples which aren’t newly generated. Let me explain it a bit further: each time you walk into the Phantom Abyss, you’re sent to either a random temple or one where a friend has died (unique temple codes can be shared). And here lies the core of the game’s systems: only one player in the world can beat a given temple. If you die, your phantom becomes trapped there, replaying your steps repeatedly for new adventurers until someone makes it to the end and the temple is closed forever. 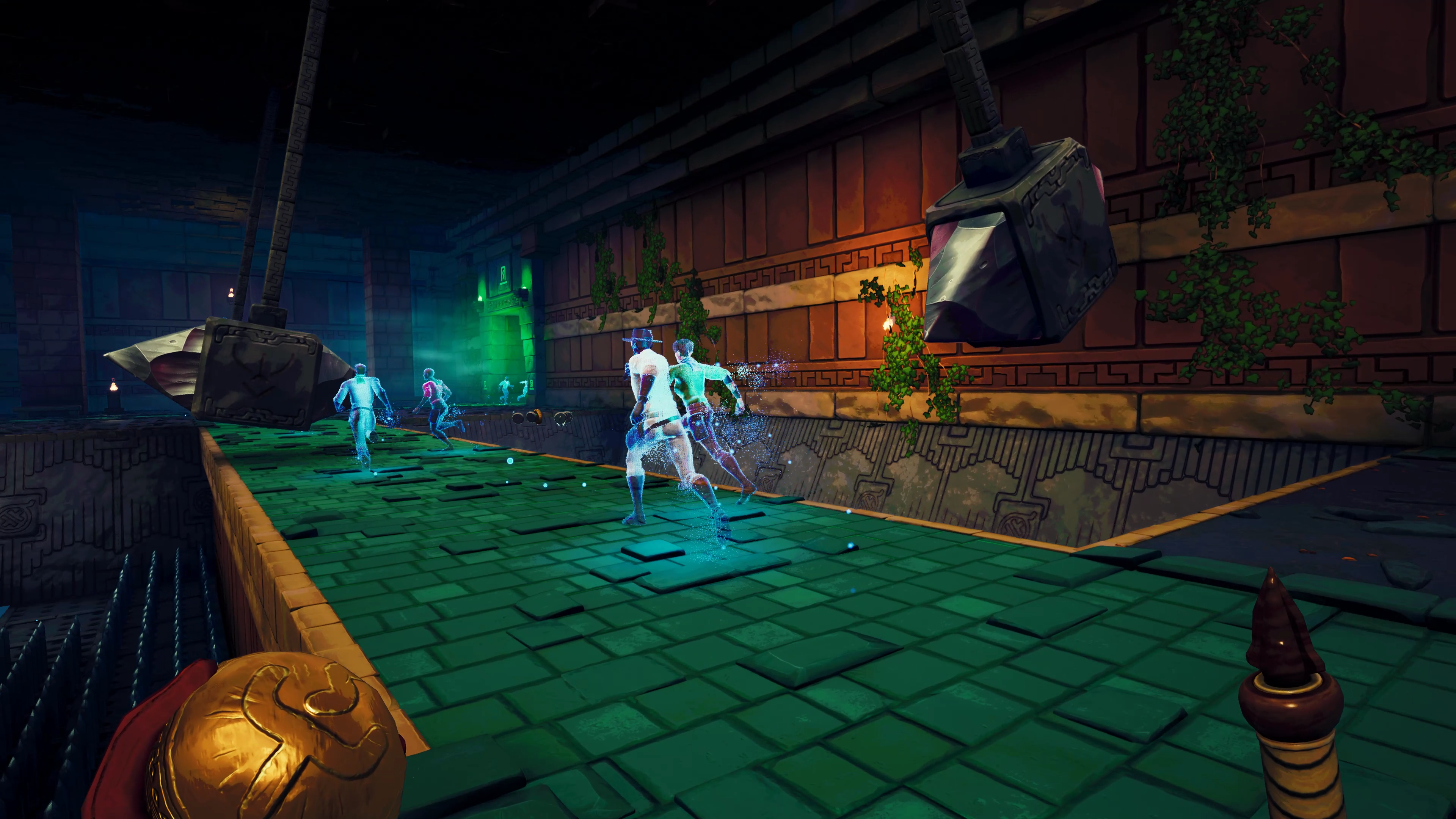 The fun thing about the “ghost system” is that they’re not just walking pieces of information. Of course, they can give valuable heads-up about traps in front of you which might be easy to miss, or take you through unexpected parts of the level, but they also trigger several mechanisms — you don’t want to stick too close to them… or do you? I mean, a special whip allows players to recover lost health by following the phantoms’ trails, and that’s just one example. It’s your choice, and you can go about your adventuring in many ways.

Whips, the key tool in this game, make seemingly unreachable places reachable, and can temporarily shut down traps and open chests. As you progress and acquire more relics, more whips (with unique strengths and weaknesses) become available — they can be locked after death too, requiring an “out-of-prison” payment with keys which are found during the runs, or a rescue by future adventurers. Additionally, player movement, health points, and abilities can be enhanced with traditional perks which are sold by idols throughout the levels (typically at the beginning and end of each area). Needless to say, those small upgrades are lost upon death.

You might be thinking you can just casually stroll through the levels, read the phantoms’ moves, and take your time with each trap-filled room. Well, that works for the first level, but soon after, a phantom (?) guardian starts hunting you down. In its current state, the game features three different guardians, each with its own way of making your runs harder. I don’t want to spoil them, but let’s just say that quick thinking and constant running are needed most of the time.

Sliding through tight spaces and well-timed rolls to avoid fall damage are also required to make it far, but don’t worry — the game kicks off with a well-paced tutorial that doesn’t overstay its welcome and clearly defines the game’s basics, plus it’s a really easy runner-platformer to control and get into. Difficulty comes from the procedurally-generated levels themselves. 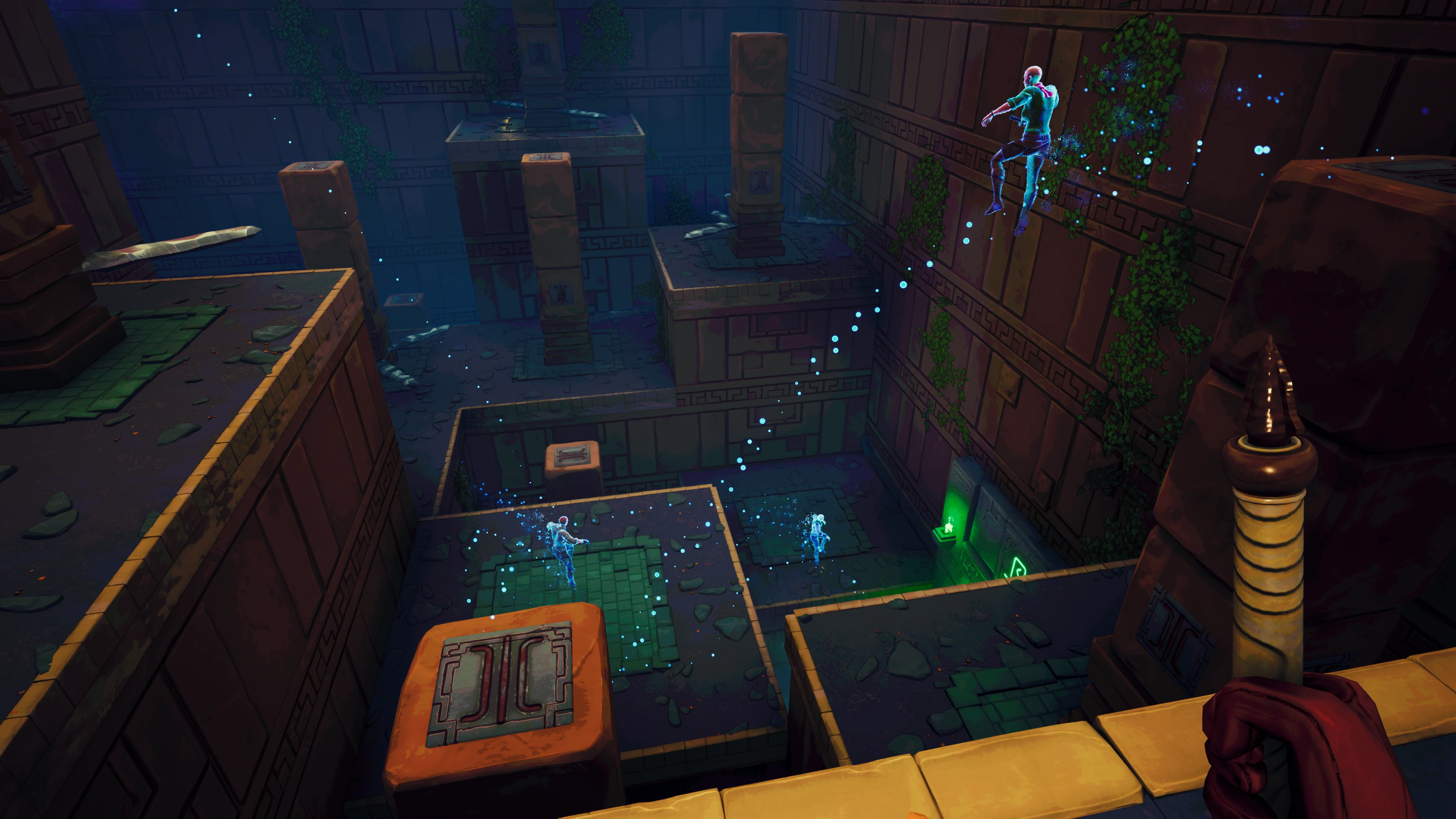 My list of downsides isn’t very big: some “gotcha” traps might be a bit too easy to read, making them almost useless, and some room layouts become a bit too familiar after a while. Again, this is an early access title which has just launched, so these small complaints are expected to disappear over the course of the next 12 months or so. A bit more aggravating is the fact that Phantom Abyss doesn’t seem to take advantage of beefy hardware very well for now; CPU usage goes crazy while the GPU takes a nap — Team WIBY are promising fixes and performance improvements soon, but the game’s code and use of the engine is a bit iffy at the moment. Don’t be scared, as it runs smooth for the most part, but FPS dips and hitches are kind of random, although they seem to be connected to the streaming of assets.

Right now, Phantom Abyss contains three out of five planned biomes or larger areas, each consisting of four levels and stuffed with different traps and layouts which are mixed in supposedly infinite combinations. There’s plenty of progression put in place too, and the game feels unlike anything I have played before — the premise is fresh and well-executed, and I can see myself coming back for more as development continues.

Still, the folks at Team WIBY claim they have only scratched the surface of what they want to accomplish here: more zones, room layouts, traps, objects, perks, and game modes are coming down the line. But they’re not looking at a fixed roadmap. Instead, they want to work with the players’ feedback and go in directions dictated by the community. So that means even real-time PvP multiplayer could happen sometime in the future if runners are noisy enough in the forums. The game’s future will likely be as flexible as its systems.

Phantom Abyss is now available on Steam with a launch -20% discount off its $24.99 base price.