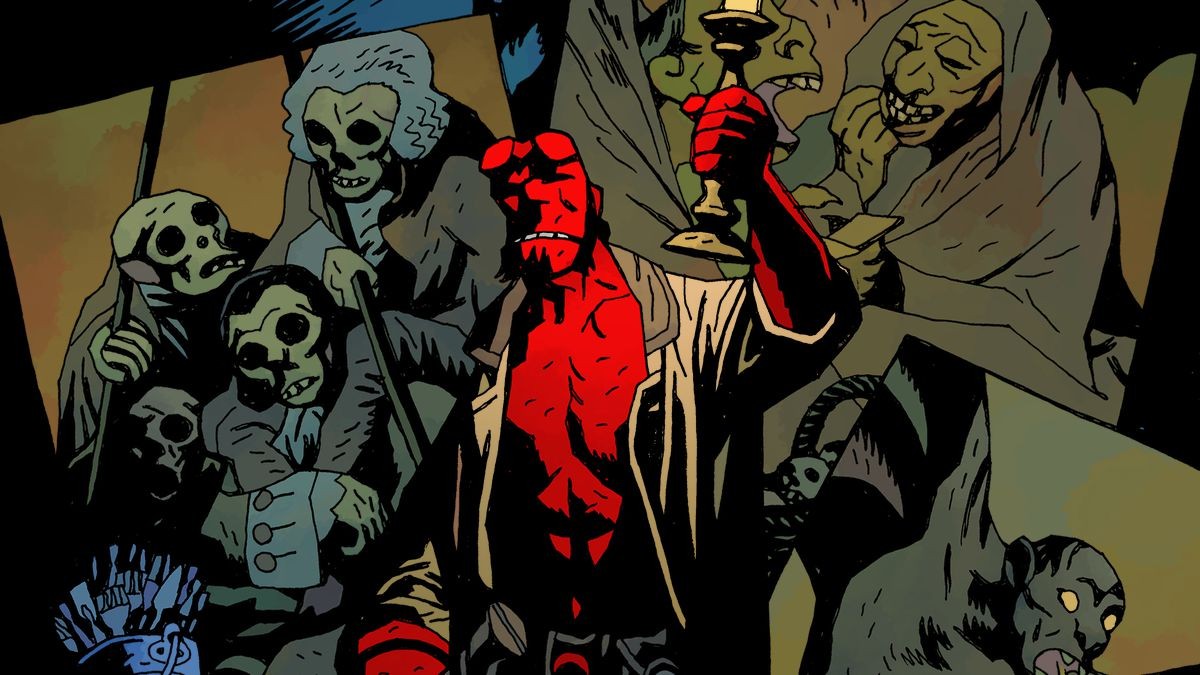 Via VentureBeat comes the news that Dark Horse Comics, the famous company behind characters and properties such as Hellboy or Sin City, is creating its own gaming division: Dark Horse Games. Their aim is to partner with top class developers in order to make triple-A games which can compete with Marvel and DC’s biggest titles.

Dark Horse’s library is vast and worth exploring through video games, and the news have arrived exactly when gaming is hotter than ever. While consumption of other media has faced some difficulties during the COVID-19 pandemic, video games have made both big publishers and indie studios tons of cash. General manager Johnny Lee said the following about the decision:

“We have evergreen properties, like Hellboy, where there will always be interest in making games and doing collaborations… We and our partners can really evaluate if a story IP and character universe would be a good fit for games that they’re internally designing and developing. I think most triple-A devs that I’ve talked to prefer their game dev team to build core gameplay and then fit an IP to it, versus shoving an IP down their throats. We’re sensitive to that.”

Apparently, Dark Horse Game’s first-party games will instead focus on “refreshing” older IPs and producing other multimedia projects. The experienced “big guys of gaming” will handle the tentative triple-A undertakings. Furthermore, Lee isn’t afraid of admitting their internal games team will remain under ten people over the first year, while they try to figure out who they want to work with:

“We are speaking to all types of developers and we are open to all kinds of creative ideas, even some indie studios with cool ideas around our IPs… We right now have spent a lot of time on finding the rights in game collaborations at the triple-A level where the stories and the characters fit. We are in late-stage discussions with several of them. And so if those go well, you’ll see pretty big Dark Horse Comics characters in live triple-A games no later than the end of Q1 next year.”

It all sounds very logical on paper, and I’m glad to hear that they’re taking their time with this; Marvel’s triple-A gaming output had been kinda non-existent for years (Spider-Man doesn’t really count, as it’s handled by Sony), and they suddenly rushed into a deal with Square Enix that hasn’t really paid off so far. There are lessons to be learned from the flop that was last year’s Avengers (which is getting post-launch support and fixes though), and the folks at Dark Horse seem to be taking the right notes.