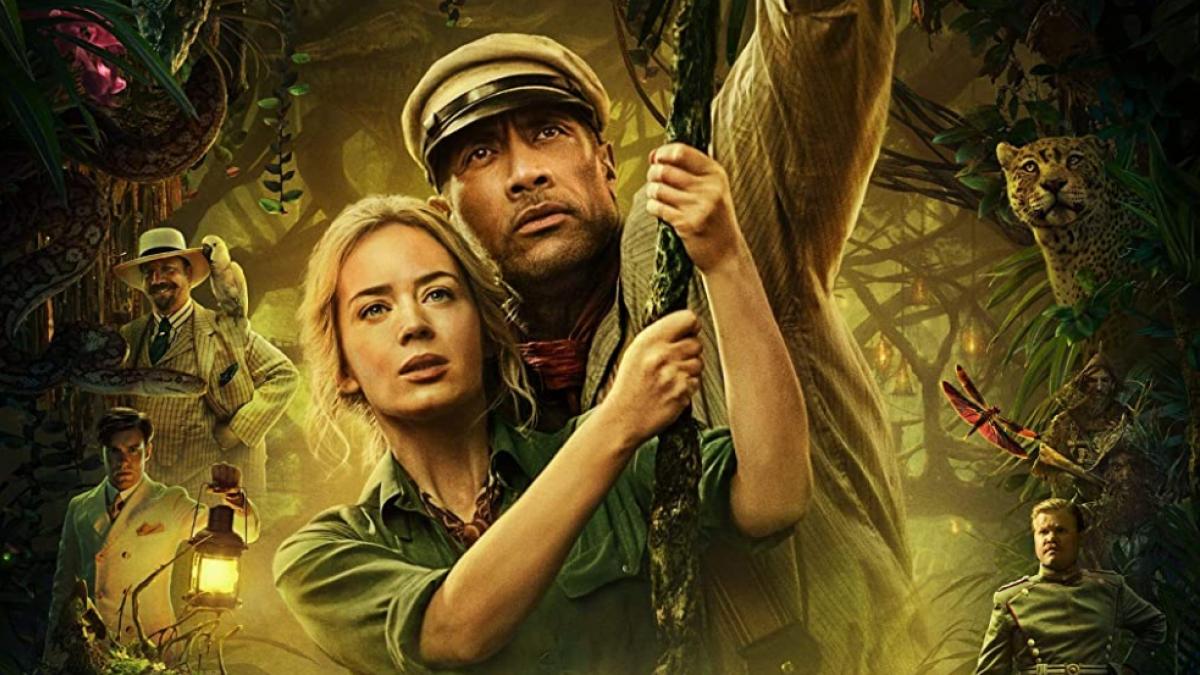 All aboard the ship! A new trailer for Jungle Cruise, an adaptation of the Disney theme park attraction of the same name, is here, with the trailer emphasizing the hybrid Disney Plus and theatrical release.

After announcing that the movie would adopt the hybrid release strategy that Raya and the Last Dragon used back in March, and Cruella is doing this week, with a simultaneous debut in theaters and on Disney Plus under the Premier Access tier, Disney has now released a new trailer for their upcoming live-action adventure. Check it out:

The official poster for the movie has dropped as well:

Led by Dwayne Johnson and Emily Blunt, the preview continues to promise a classic rollercoaster ride that will hopefully recreate the magic found in Gore Verbinski’s Pirates of the Caribbean trilogy. Jaume Collet-Serra, who is now busy shooting Black Adam (also led by Johnson), directed the film, which had its release delayed significantly last year due to the COVID-19 pandemic. Since then, it seems primed to release just as things are getting back to normal (relatively-speaking) in the United States.

Jungle Cruise will be released on July 28, 2021, a week before James Gunn’s The Suicide Squad. This will not be the only film headlined by Dwayne Johnson to be released this year, as the former wrestler is also starring in Netflix’s Red Notice alongside Gal Gadot and Ryan Reynolds. The Johnson-Blunt duo will be seen again on film if they ever come around to do the Ball and Chain Netflix project that was announced last year.

Emily Blunt will be seen next in the upcoming A Quiet Place Part II, in domestic theaters this week. The movie has gained a lot of positive momentum all over again due to the outstanding reviews coming out, plus the excellent pre-sale numbers it is delivering. That movie will be opening opposite to Cruella, another live-action Disney movie.