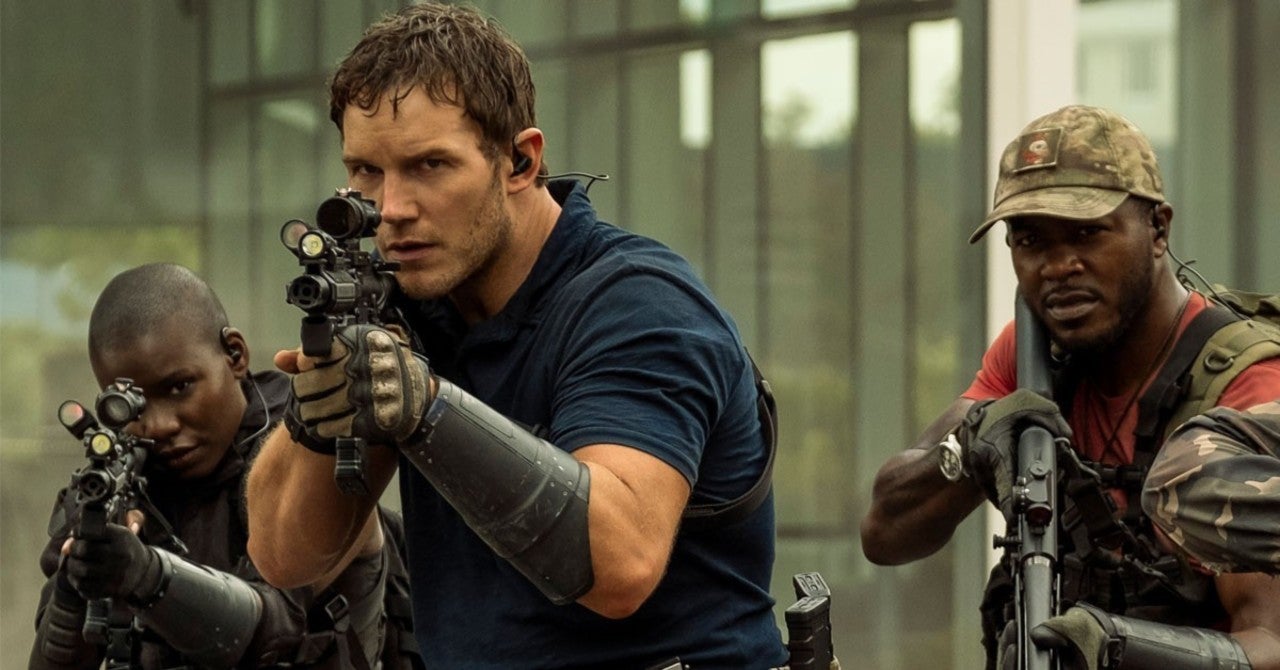 Chris Pratt travels to the future to shoot aliens in the face in the first trailer for The Tomorrow War.

The film was supposed to hit theaters last year under Paramount’s banner, but we all know how that turned out. Then it disappeared from the calendar, and earlier this year we learned that Amazon had acquired the distribution rights. Now the sci-fi action flick, which stars Chris Pratt and was directed by Chris McKay (The LEGO Batman Movie) has finally debuted a trailer ahead of its July 2 release on Prime Video, Amazon’s streaming platform.

Below its somewhat generic and obviously propagandistic surface, I must admit the film’s loopy premise is quite attractive: “going to the past to recruit anyone able to fight in order to fend off a massive alien invasion in the future” sounds pretty cool on paper, and hopefully it will be good ol’ fashioned fun. It looks like no Edge of Tomorrow, but sounds like something worth checking out during a hot summer afternoon. Larry Fong (Batman v Superman, Kong: Skull Island) has handled the cinematography for Chris McKay’s live-action debut, so that’s a plus too.