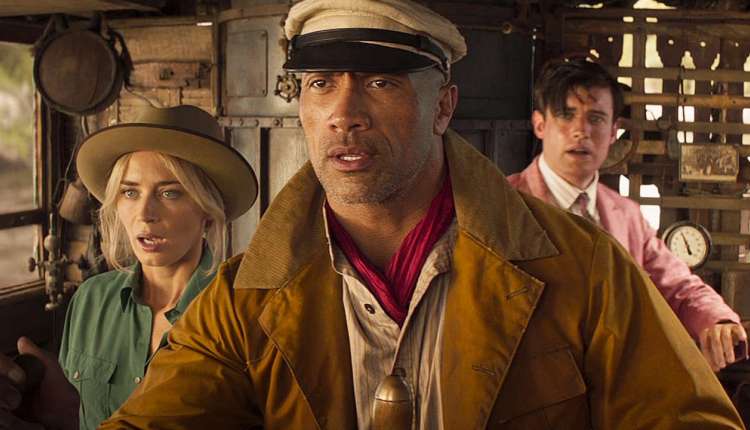 All aboard the streaming ship! Jungle Cruise is adopting the hybrid release strategy.

More than a year ago, the first trailer for Disney’s Jungle Cruise arrived. Led by Dwayne Johnson and Emily Blunt, the preview promised a classic rollercoaster ride that hopefully would recreate the magic found in Gore Verbinski’s Pirates of the Caribbean trilogy. Jaume Collet-Serra, who is now busy shooting Black Adam (also led by Johnson), directed the film, which has been shelved since then due to the COVID-19 pandemic.

We knew for a fact Jungle Cruise was going to return this summer, but its release plans were as unclear as the release date. Yesterday’s Disney earnings call cleared up any confusion: Jungle Cruise will hit both Disney Plus’ Premier Access ($29.99) and theaters on the same day — July 30. This strategy proved to be somewhat fruitful (we didn’t get the exact numbers) for Pixar’s Raya and the Last Dragon, and recent success stories of hybrid releases such as Warner and Legendary’s Godzilla vs. Kong have boosted Hollywood’s confidence on digital platforms and cinemas sharing the money cake.

Disney isn’t going full “streaming craze” just yet though. They are still committed to bringing their biggest films exclusively to cinemas first, but it seems like the traditional theatrical window is definitely getting shorter following the pandemic. Paramount already announced they would be aiming for 30/45-day exclusivity windows for theaters. And now the folks at Disney are saying something similar: Marvel Studios’ Shang-Chi and the long-delayed Free Guy will be exclusive to theaters for only 45 days. This gives exhibitors around six weeks to milk these big releases before they are allowed to board digital storefronts and/or Disney’s own streaming service.

Disney CEO Bob Chapek said nothing about this concerning Black Widow. Marvel’s first Phase 4 film is finally hitting cinemas in early July, and one would think these window changes are affecting it as well, but it appears that nothing’s set on stone. “Flexibility is a key component of our distribution strategy,” Chapek said, doubling down on what he has told us many times before.