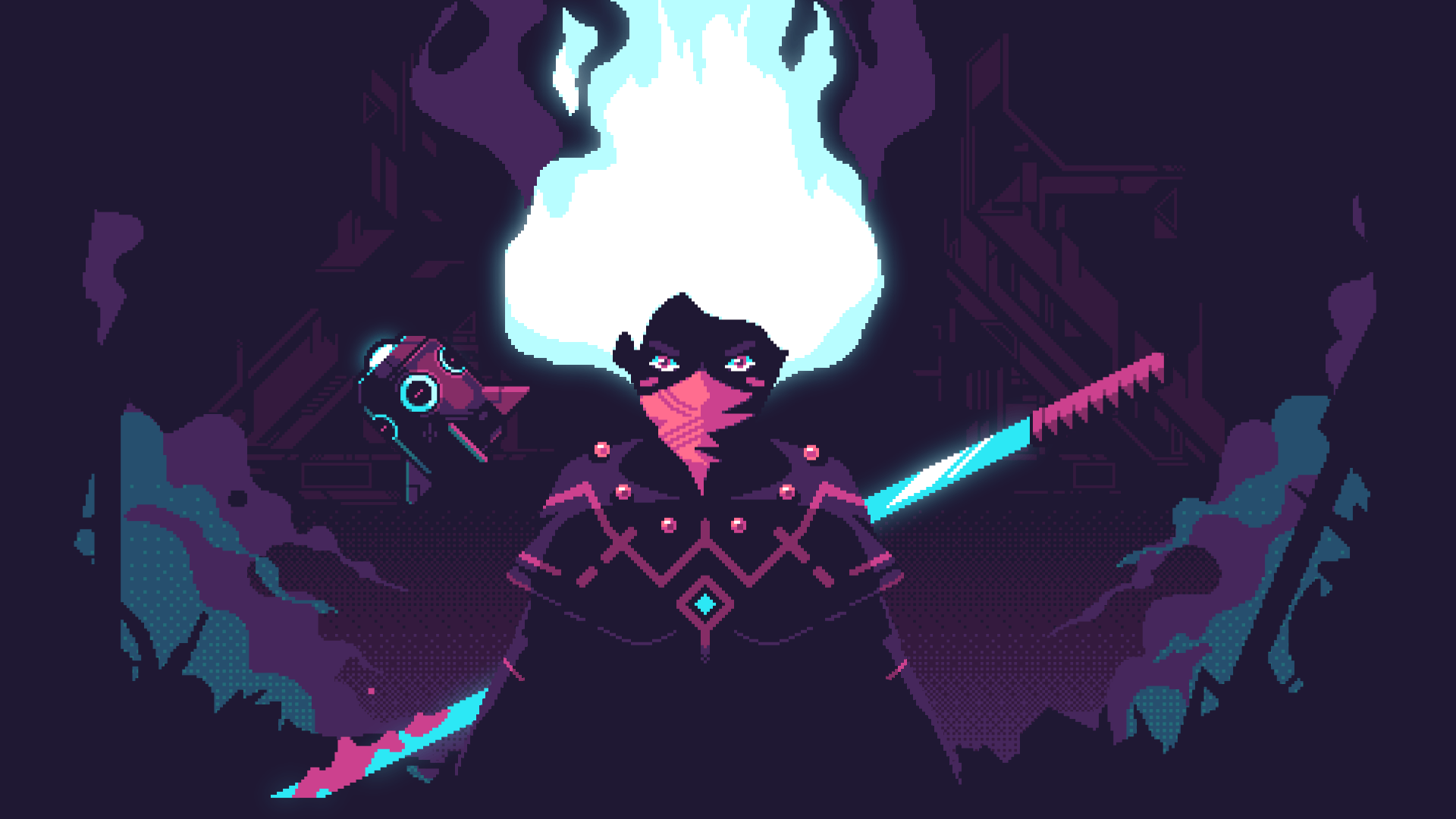 ScourgeBringer made its debut last October, and now it has finally made the jump to PlayStation platforms.

Last week I shared my (early access) impressions of Revita, a new roguelite that kicked my ass over and over again. Since then, another entry in the ever-growing genre has kicked my ass even harder. Let me tell you about ScourgeBringer.

The video game had originally been described by its creators (dev duo Flying Oak Games) as “a fast-paced free-moving roguelite platformer.” This is accurate. ScourgeBringer is speedy, punchy, and hard as nails. I mean, roguelikes/lites are typically tough, but this one’s definitely up there. We’re not talking about one-hit kills (your heart count is generous), but a run can go off the rails in a matter of seconds. As you slice and blast your way through cramped, overcrowded rooms reminiscent of the Metroid series, ScourgeBringer feels like a dance of bullets, explosions, and impossible acrobatics. A fair amount of roguelites have platformer elements in them, but here they’re the “bread and butter” of the frantic combat and movement. 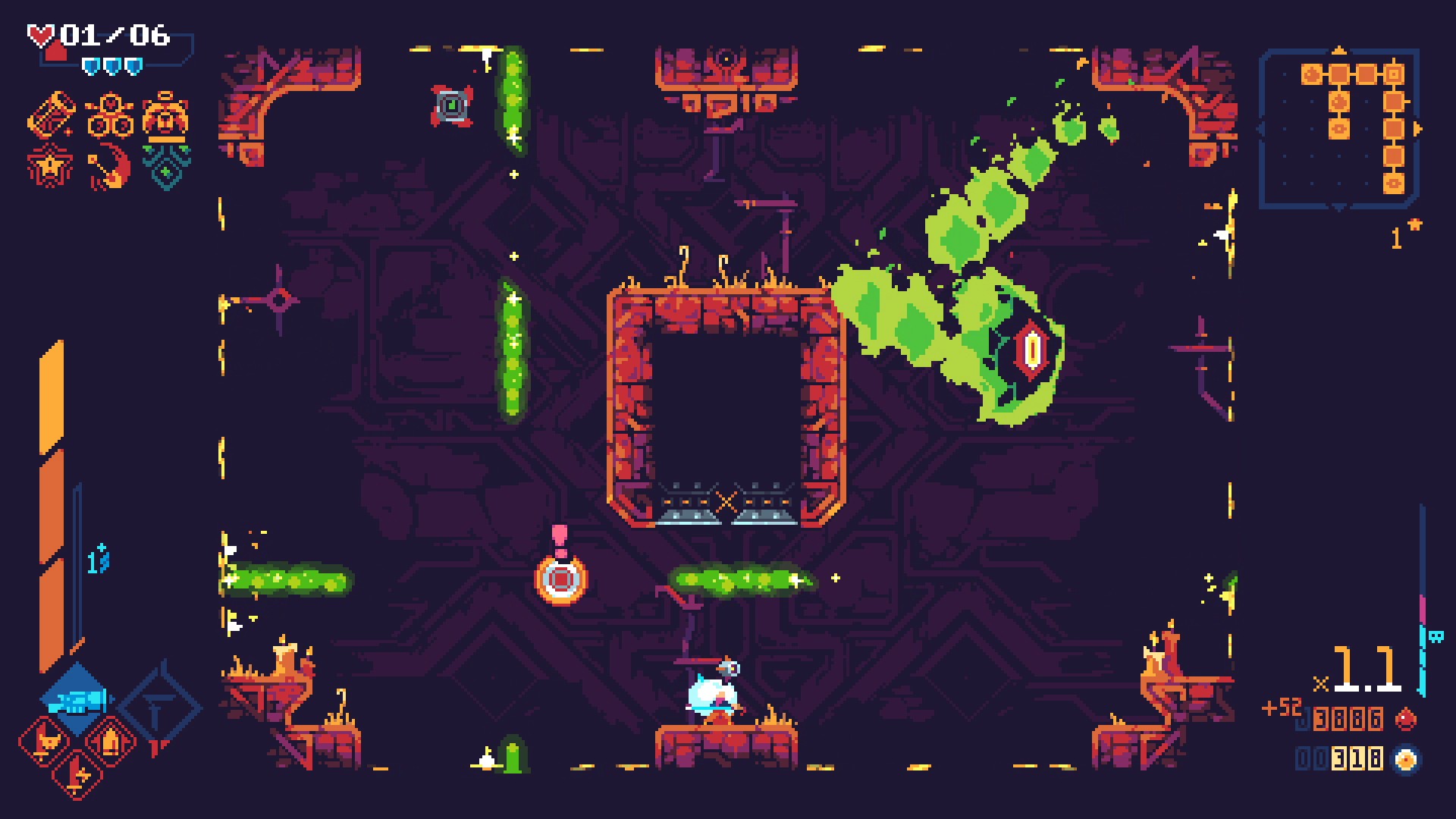 The game’s tutorial is quick and straight-to-the-point: be fast, be effective, use all your tools. The basic stuff is dashing through the air, jumping on walls, cutting down your enemies (both biological and mechanical), and barely touching the ground. The main character’s main weapon is a sword, but she also has a drone which follows her around and can hold firearms that range from a pistol to a grenade launcher. How do you get ammo? By killing enemies. Keep the cycle of stylish violence going in order to both progress and get better rewards from your enemies. This becomes even more important once you get permanent upgrades (more on that later) which multiply the number of blood points you receive from slaughtering those who oppose you.

Harvesting blood is important because it’s the currency that is accepted by peculiar merchants within the mysterious ScourgeBringer, an entity which came from a portal in the sky and has been moving around and decimating the planet for a looooong time. This entity appears to be a weird and ancient upside-down building of sorts, so of course humans tried to venture into it in order to find some answers. No one has ever returned, and you’re the clans’ last hope: Kyhra, a fierce and determined white-haired warrior.

Some traders accept the aforementioned blood as gold coins, while others tell you to pay up with your own life: hearts, much like in Revita or the Devil Room in Binding of Isaac. These items and upgrades never become extremely crazy, but they often go beyond being simple bonuses to Kyhra’s stats. Still, ScourgeBringer constantly tells you to become better, more lethal, and more precise. You failed that boss room because you didn’t try hard enough and/or learn from your past mistakes, not because you weren’t packing an OP build. Some roguelites can be “cracked open” if you get lucky. ScourgeBringer repeatedly informs you to “git gud.” 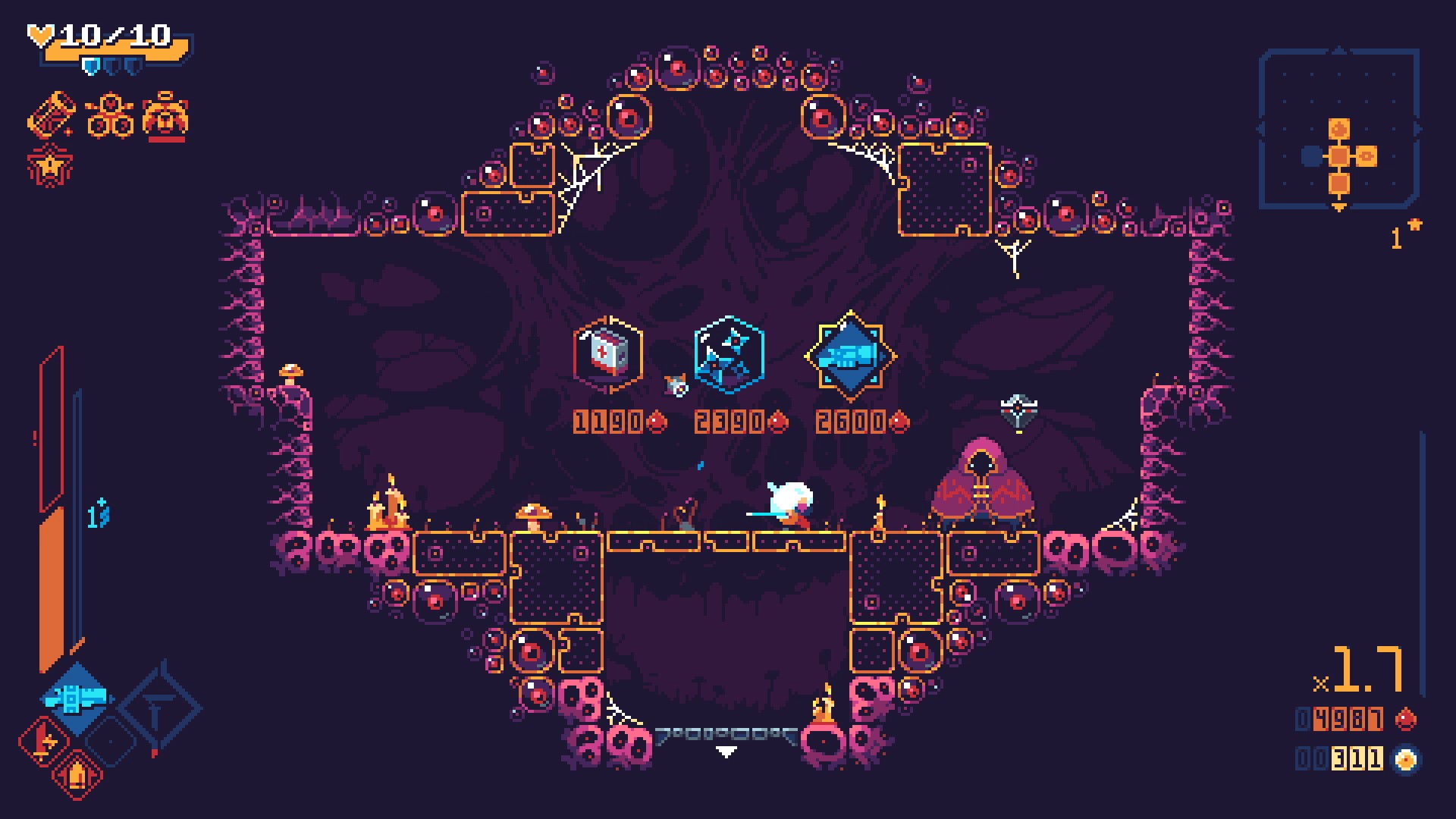 Needless to say, dying sends you back to the beginning. You make “pit stops” at the Chiming Tree, a kind of hub where you can make permanent upgrades to your skills and abilities by spending Judge Blood, another currency which doesn’t reset back to zero once you die and that you obtain both at Altars of Blood and from other sources. There’s also a pretty chill guy in this resting area who you can talk to, although many times he’s simply sleeping. Good for him. I really appreciate how quick and smooth the progression feels; dying, upgrading my stuff, and jumping right back into the action takes mere seconds and goes in line with the insane pacing of the gameplay. ScourgeBringer has no time to waste, as it chooses effectiveness over depth, plus ambience and the mystery of the unknown over engrossing storytelling. Flying Oak Games had a clear idea of what they wanted to achieve, and they hit their targets with surgical precision.

The fact the game has been put together by a two-man team doesn’t mean it’s rough around the edges. Quite the opposite: ScourgeBringer is delightfully colorful, crisp, and all-around one of the smoothest indie experiences I’ve come across recently. I especially like how most regular enemies have simple yet memorable designs, another clear throwback to Metroid games. However, the variety of these beasts and robots could be greater; once you move past the first biome, recolored enemies become a bit too common. The bosses are consistently awesome and unhinged though.

If you like feeling cool while facing hordes of outlandish enemies (and getting your ass kicked), be sure to check out ScourgeBringer. It might not be able to directly compete with heavyweight roguelite champions such as Hades or Binding of Isaac, which have bigger narrative/worldbuilding chops and deeper systems, but it’s got a strong personality and fires on all cylinders when it gets down to business (quite often).

ScourgeBringer is now available for $16.99 on Steam, GOG, Epic Games Store, and the digital storefronts for PS4, PS5, PS Vita (really), Switch, and Xbox systems. Yup, you can’t miss it.