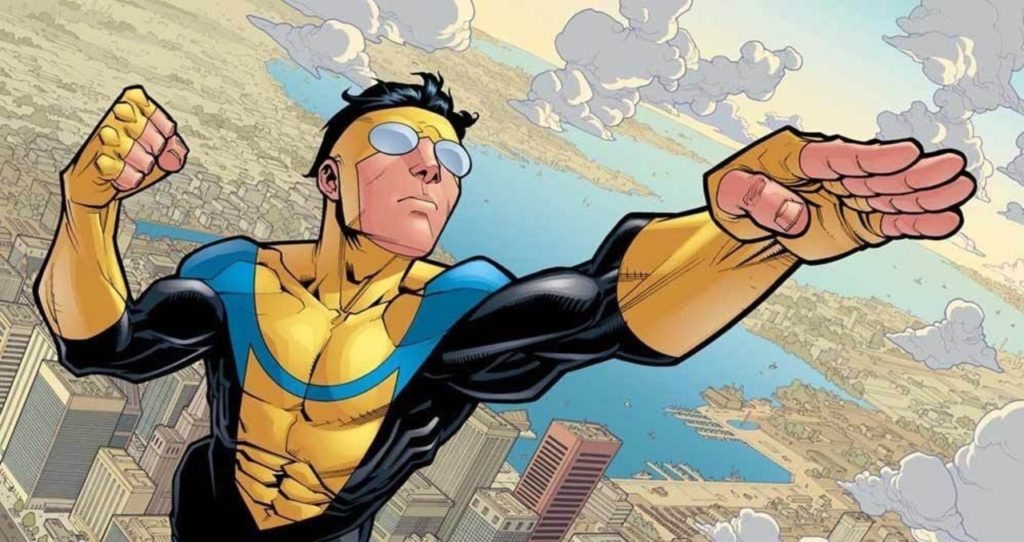 Amazon’s getting ahead of the curve of social media campaigns to renew their animated adaptation of Invincible by greenlighting two more seasons of the series on the night of the show’s first season finale.

The people at Image Comics decided to take a different approach to the deluge of superhero content hitting the big time as of late by making their adaptation of Invincible completely animated rather than live-action – an approach that clearly worked, considering that it was easily able to coexist with Marvel’s hit Disney+ series The Falcon and the Winter Soldier. Today, Invincible franchise co-creator Robert Kirkman (also famous for his work on other comic books, most notably The Walking Dead) has recorded a video of himself reaching out to Steven Yeun (who voices the lead character) revealing that he’s got job security for at least two more seasons of material:

Hey @InvincibleHQ fans! @steveyeun & I have some potentially exciting news to share about season 2 and… pic.twitter.com/1rgEQCTwxR

Invincible follows Mark Grayson, the son of the world’s greatest superhero, Omni-Man, as he finally gains superpowers and takes his place among the Guardians of the Globe, a superhero team that his father has regularly worked with. In the meantime, Grayson has to juggle being the superhero Invincible with an ordinary civilian life, which has its own drawbacks. To say anything more would spoil it, but the series takes a sharp turn from being a family-friendly superhero origin story by the mid-credits scene of the first episode to a narrative of brutal violence (again, we note that the guy behind The Walking Dead wrote the comic book), a cynical government organization trying to keep things together, and twists and turns on popular superhero conventions – but it’s nonetheless a story that retains the sense of optimism and heroics that one would expect from the lighter offerings of the genre.

Invincible features an abundance of industry talent on both the big and small screens alongside veteran voice actors, including the likes of J. K. Simmons, Sandra Oh, Zachary Quinto, Mahershala Ali, Mark Hamill, Zazie Beetz, Gillian Jacobs, Jason Mantzoukas, Walton Goggins, Jon Hamm, Khary Payton, Michael Dorn, Ross Marquand, Seth Rogen, Ezra Miller, Grey Griffin, Kevin Michael Richardson, Fred Tatasciore, and Clancy Brown, alongside several others. The series has been met with deserving critical acclaim, and like Robert Kirkman in the video above, we also wish that it gets renewed for many more seasons. (Word is that it may get as many as five to seven in total – so fingers crossed!)

Invincible Season 1 is streaming on Amazon Prime Video, with the season finale set to be added to the service later tonight. Seasons 2 and 3 are now in development.