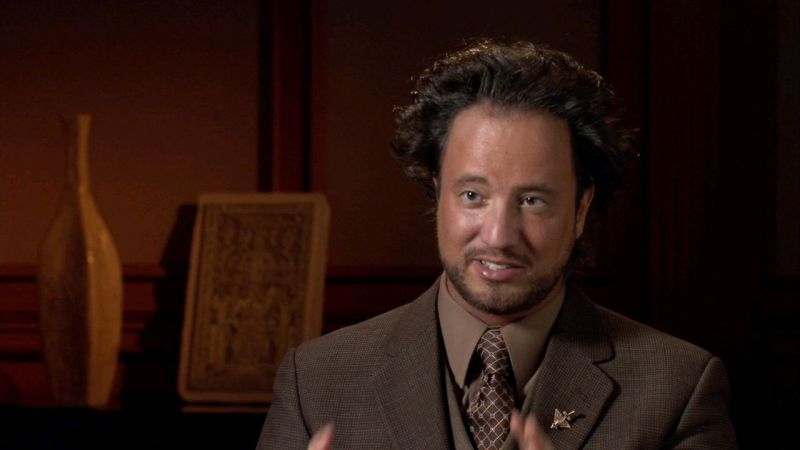 Ancient Aliens is getting the movie treatment. Is such a thing even possible? Yes, it is.

You might know the famous (infamous?) History Channel docuseries Ancient Aliens because of the exquisite memes that have surrounded its leading man, Giorgio A. Tsoukalos, for more than a decade. Well, turns out that Legendary had somehow landed the movie rights to the series, and now that project has officially received the green light.

THR is reporting that Legendary has enlisted Cobra Kai creators Counterbalance Entertainment to oversee the development of the feature. Counterbalance’s Josh Heald (Cobra Kai, Hot Tub Time Machine) will direct the feature, with the company’s Jon Hurwitz, Hayden Schlossberg, and Heald himself producing, along with Legendary’s Jon Jashni (Godzilla vs. Kong). Luke Ryan, who specializes in franchise design and worldbuilding, will write the script and executive produce.

The original show has run for almost 200 episodes and is now in its 16th season. It spawned AlienCon, a convention based around Ancient Astronaut Theorist discussions that has been attracting 50,000 visitors a year since 2016.

Details on the project are scarce right now, but sources say it “will be a two-handed, globe-spanning adventure featuring ancient sites and artifacts, confronting the theories and questions raised by the popular docuseries.” Sounds like National Treasure but nuttier, and I kind of wanna see where this goes.