‘Raya and the Last Dragon’ Review: Rebuilding a Realm Too Big for Just One Film 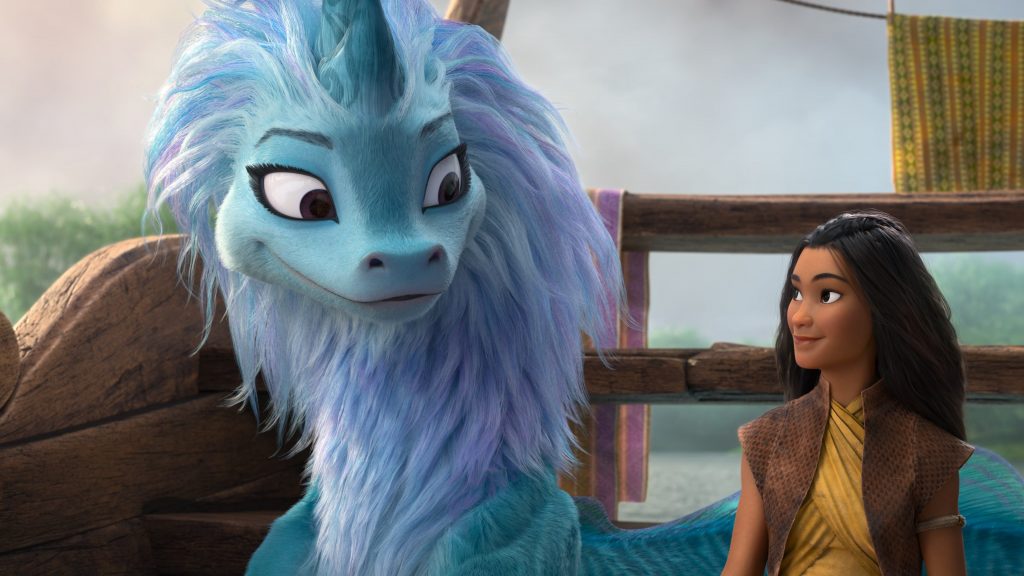 Disney’s latest follows Raya, a warrior who makes a terrible mistake and unleashes legendary evil forces which can only be defeated by the last dragon.

Some would argue that Walt Disney Animation Studios have almost overthrown Pixar as the kings of CG-animation over at Disney. Since Tangled hit in 2010, the average quality of their films has been quite steady, and the same could be said for the box office earnings; both Frozen films even went on to make well over $1 billion worldwide, with Frozen 2 easily becoming the most profitable animated film of all time at almost $1.5 billion. In Moana, the studio explored Ancient Polynesia and presented a different kind of Disney princess. Now, Raya and the Last Dragon seeks to continue that journey and shine some light on underseen cultures and mythologies.

Directed by Don Hall (Big Hero 6) and Carlos López Estrada (Summertime), the film explores the fantasy Southeast Asia-inspired realm of Kumandra, which was once ravaged by the mysterious Druun, evil spirits which petrify people and dragons alike. In a desperate last attempt to push them back, the remaining dragons put all their energy into an orb that wards off the Drunn menace and revives everyone that was turned into stone. Unfortunately, the dragons remain petrified and don’t come back. The orb is the last piece of dragon magic in the world, and the humans quickly fight over it, eventually splitting into five different tribes: Fang, Heart, Spine, Talon, and Tail (they are placed along a river which resembles the body of a dragon). This is explained in just the first couple of minutes of the film, which makes sense for a story that wants to hit the ground running, but the vast amounts of exposition don’t stop there.

Raya and the Last Dragon is a film that tries to do a lot. The story is simple and presented as a classic adventure with clear goals, the first of which is resolved very early on. Children will have a blast with it, as it’s consistently easy to follow and fast-paced. In many ways, it feels like a return to Disney’s animated films of the 90s; it’s more direct, focused, and lighter in tone than other recent efforts by the studio (which made a splash with kids anyway). Don’t expect any musical numbers though.

For more seasoned viewers, the problems start to pop up after a while, when you start to notice the film is changing locales and relying on “tell don’t show” way too often. The first issue couldn’t be avoided without completely reworking the script (written by Qui Nguyen and Adele Lim), which pretty much crams a trilogy’s worth of worldbuilding into a runtime which sits around 105 minutes (credits not included). One would think Raya and his ever-growing team of oddballs wouldn’t literally visit every single region on the map, but they do. And they can only stick around for a short amount of time, since the film must move rapidly and also give the Heart and Fang tribes lots of screen time, as they’re the key to everything.

Animated films which are supposed to be enjoyed by the whole family aren’t subtle. Their themes and discourse ought to resemble that of a classic tale, and the values taught by them tend to be universal. That being said, we can always find different levels of trust in these films. Trust placed on the audience, I mean. Raya doesn’t trust the viewers at all. All the exposition regarding the world and the macguffins is done repeteadly, and some characters cannot spend more than five minutes without reminding the audience what their problem is. If we take into account how fast the story has to move, all this redundance ends up chewing quite a bit of the precious runtime; some key scenes and exciting sequences feel either too short or not as strong as they should be, as we have spent more time hearing about stuff than experiencing that stuff.

Don’t get me wrong, Raya and the Last Dragon is a great tale, but it feels like it was written as a piece of literature rather than as a screenplay. The visual work here is extremely strong, punchy, and rhythmic, and I wish the filmmakers had entrusted the medium’s main strength with more of the narrative weight. James Newton Howard’s original soundtrack is also consistently epic and unique, giving the world of Kumandra that extra pinch of salt. The film is stimulating as a whole, and worldbuilding fanatics will have lots of fun with it despite the pacing issues.

The cast of characters is immensely entertaining too: Raya is a believable heroine with a strong sense of duty and some really deep scars; Sisu is not the dragon we were expecting and definitely feels written around Awkwafina’s strengths; Namaari looks genuinely cool and has an interesting relationship with the main character (I’ll let you find out on your own); and the rest of the roster is colorful, surprising, and heartwarming. Sadly, I cannot speak about the performances by Kelly Marie Tran (Raya), Awkwafina (Sisu), and Gemma Chan (Namaari), among others, because the sole cinema screening the film in my city was only playing the dubbed version (it’s not a bad dub though). It’s also important to mention how the film introduces at least two (actually five) Cute Characters™ that could threaten to steal the spotlight, but I thought they were handled quite well and even felt useful up to the very end.

I’m trying really hard not to spoil anything, because I firmly believe the marketing team did a good job of not showing too much, but I wish we got to spend more time with less characters. As I mentioned before, Raya is too much too fast, and the fact it keeps adding new faces to the home team after its middle point is worrying. Thankfully, everyone ends up being well-defined, but they don’t get much breathing room or time to shine. This film is largely Raya, Namaari, and Sisu’s story, and it shows. I kept thinking about Mulan (1998) while watching this because of how lean and economic its script was; it had a clear idea of what it wanted to do and how much time was available.

Raya and the Last Dragon is constantly asking for more without slowing down or making sacrifices, and that undermines the overall result. Still, it’s a gorgeous adventure that demands a big screen and a fine sound system (theatrical or domestic, your choice), and I’m sure it would have made a killing in the box office under better circumstances. It’s also a film about unity, trust, and letting go of our differences in the face of a common enemy, which is exactly the kind of story we need right now. I hope the conversation around it doesn’t die down fast, because Kumandra is a world worth revisiting in the future.

You can watch the film on Disney Plus’ Premier Access for $29.99 (pricing may vary in international territories) or in cinemas if you’re lucky. For people who aren’t willing to pay more than their regular Disney Plus subscription and don’t have cinemas open near them, it’s safe to assume Raya and the Last Dragon will join Disney’s base streaming offerings in the next few months, since Mulan went “open” just three months after its initial release.