‘This Beast’ Set at Netflix with Kurt Sutter Directing 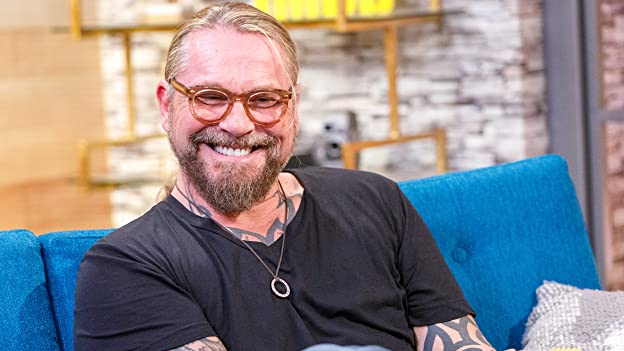 Kurt Sutter, director of Sons of Anarchy and Mayans M.C., has been tapped to direct This Beast for Netflix. The film is a horror drama about an 18th century English village besieged by a mysterious beast.

Deadline reports the film is based on the true story The Beast of Gévaudan, about a French village attacked by a beast in the 1760s. In this horror tale, the location is being shifted to England, where dozens of innocent villagers are slaughtered by the mysterious beast and religious fanaticism incites more chaos as the numbers of murdered innocents rack up. An unassuming trapper takes on the task of killing the beast; he has a personal stake in ridding the village of its terror.

THIS BEAST, the feature directorial debut from SONS OF ANARCHY’s Kurt Sutter (@sutterink) is coming to Netflix.

Produced by @blumhouse and @jason_blum, the film is set in an 18th century English village besieged by a mysterious and elusive beast. Sutter will write & direct. pic.twitter.com/RMsxUEBIIO

It will be produced by Jason Blum of Blumhouse, and Sutter is very enthusiastic about the project:

Bringing my disturbing, familial story sensibility into the Blumhouse world just seemed like something that had to happen. And This Beast is the perfect project for that marriage. And Netflix is the perfect venue for that bloody ceremony.

Jason Blum is equally excited to be working with Sutter:

We’ve long been fans of Kurt and his unparalleled storytelling — that’s both visceral and packs an emotional punch. We’re excited that Blumhouse is producing his first feature for Netflix.

As Blum says, the film will be Kurt Sutter’s directorial debut on a feature film, though he does seem up to the job. He wrote the script for Southpaw, the boxing drama that starred Jake Gyllenhaal back in 2015, and served as showrunner on Sons of Anarchy, Mayans M.C., and The Bastard Excecutioner. Whether or not the British Sons of Anarchy star Charlie Hunnam will join him on his directorial debut remains to be seen.