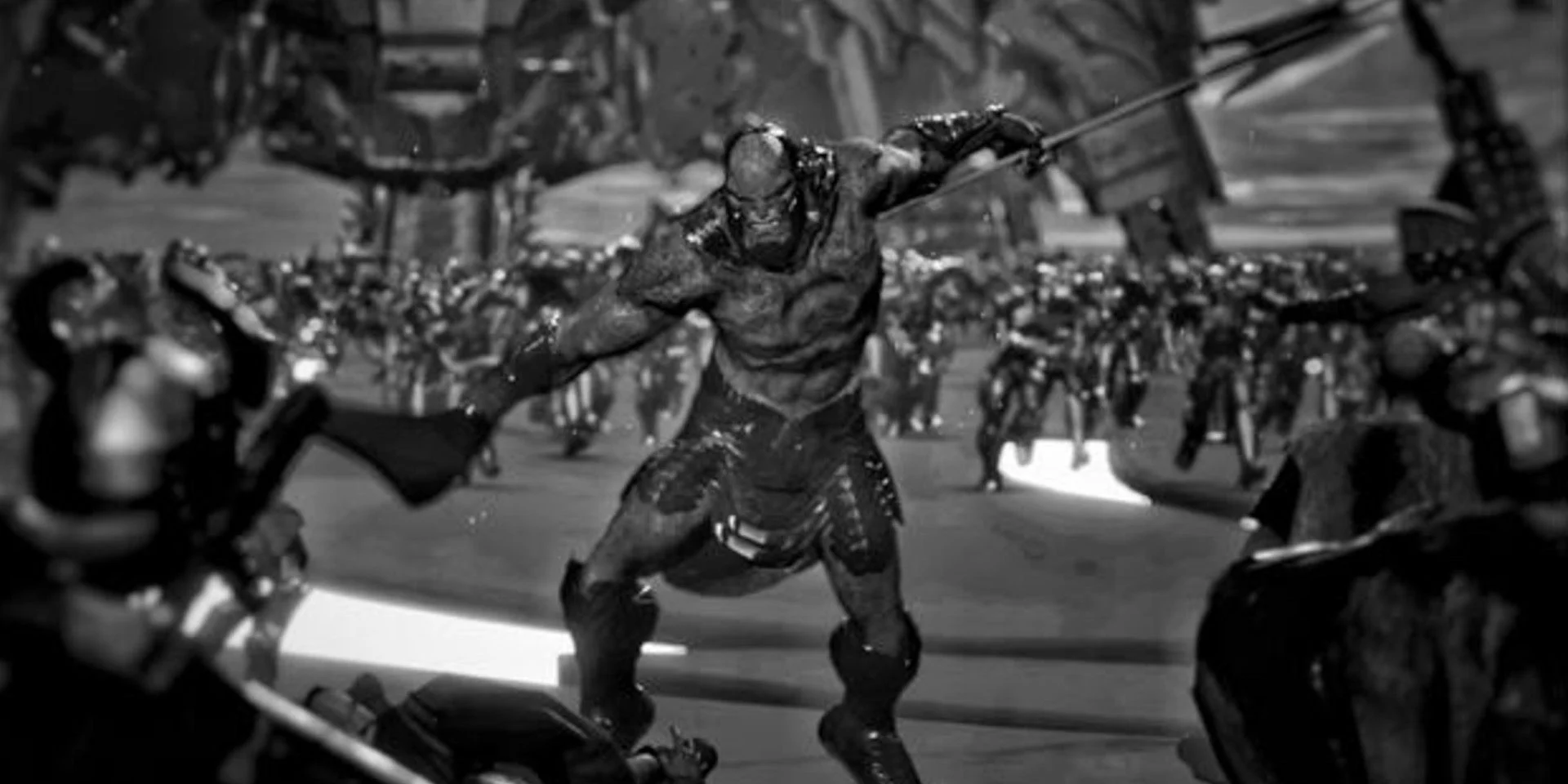 Originally, Warner Bros. executives approached Zack Snyder about releasing his version of Justice League as it existed – that is to say, a rough cut of the film with unfinished VFX, SFX, and OST, all in monochrome. But he wasn’t interested.

Vanity Fair recently released an in-depth article covering Zack Snyder’s Justice League and the history behind it. In the piece, it’s mentioned that Warner Bros. executives had heard the calls to release some version of Zack Snyder’s cut of the movie to the public, with some fans noting that they’d be fine even seeing the workprint. Snyder shot the vast majority of the scenes that he wanted to film prior to his departure from the film, and had enough to assemble the story, even if the resulting film that he’d made was very much unfinished on a technical level. As mentioned previously, Joss Whedon wrote and shot nearly 80 pages of new material, most of which made it into the theatrical release. While Whedon’s cut was finished (if rushed), Snyder’s was assembled but unpolished, and he kept his copy of the movie with him.

Despite the wishes of the fans, however, Snyder revealed that he very strongly opposed this idea for a handful of reasons:

“I was like, ‘That’s a ‘no’, that’s a hard ‘no’.’ And they’re like, ‘But why? You can just put up the rough cut.’ I go, ‘Here’s why. Three reasons: One, you get the internet off your back, which is probably your main reason for wanting to do this. Two, you get to feel vindicated for making things right, I guess, on some level. And then three, you get a shitty version of the movie that you can point at and go, ‘See? It’s not that good anyway. So maybe I was right.” I was like, ‘No chance. I would rather just have the Snyder Cut be a mythical unicorn for all time.'”

Snyder didn’t give up there and continued to press Warner Bros. and HBO Max for the resources necessary to complete his movie, which come in at an estimated $70M before marketing. To help secure that funding and to ensure that he had nigh-complete creative control on the remastering of his film, Snyder forwent a new salary. Toby Emmerich, Chairman of Warner Bros. Pictures, ultimately greenlit the project, and in the piece he explained why in spite of previously pushing for Whedon’s retooling of the film:

“A lot of the people at the company, myself included, always felt badly that Zack didn’t get to finish his vision of this film because of the circumstances. And so if there was a way to make it logistically and financially possible, which HBO Max did, and Zack had a willingness to do it, it seemed like a win for everybody.”

Zack Snyder’s take on his film features several hours of never-before-seen sequences, along with redone sequences, five minutes of footage filmed last year, and adjusted visual effects and color grading. Junkie XL has composed a completely new iteration of his musical score for the film, which will cover the entire runtime of over four hours.