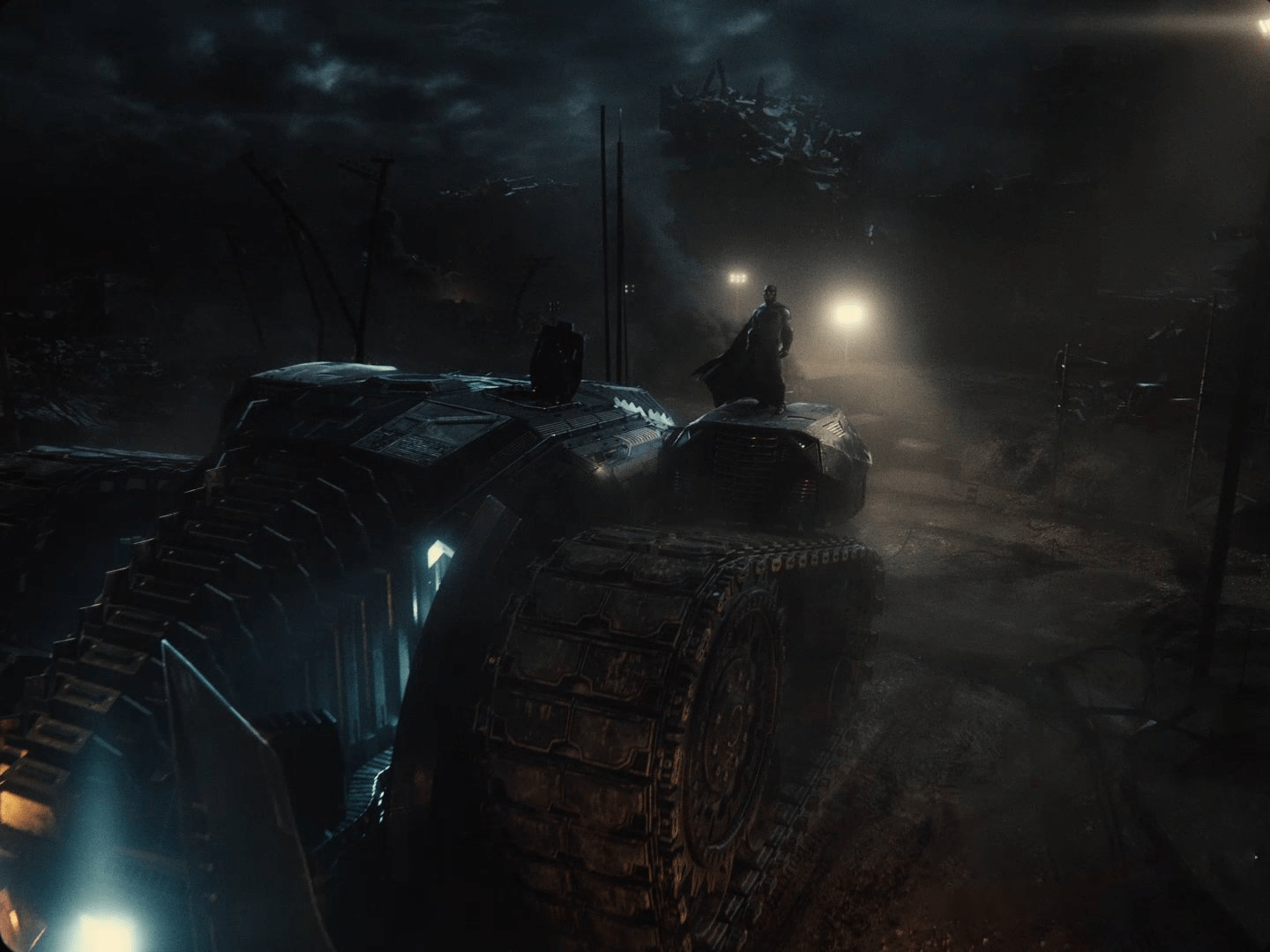 A new Zack Snyder’s Justice League mini-teaser has arrived to hype up tomorrow’s trailer, but oddly enough, Aquaman is the only character who hasn’t appeared in one of these outside of an ensemble shot. There’s some interesting new shots to dissect, nonetheless.

While the previous trailers showcased some big changes like Superman in the Recovery Suit or Darkseid on Apokolips standing before Desaad and Granny Goodness, this new trailer emphasizes mostly new takes on existing sequences. We’ve seen the shot of Wonder Woman preparing to swing her sword at Steppenwolf during their first fight, the scene with the Amazons in the chamber is a new take on that fight scene from the looks of things, and it appears that the sequence with a flying Cyborg is for the final battle. The biggest exception to that is a shot of Batman standing on top of the “Bat Tank” (also known as the “War Machine”) seen in The Dark Knight Returns, which is already noted to be an influence on this iteration of the character. Interestingly, the suit he’s wearing in the scene indicates that this is a flashback.

Between the three spots and ignoring the title cards and credits, that’s about 24 seconds of new footage between three ads, although it goes to show just how much was cut between the theatrical version and this. It’s not clear how long this new trailer is going to be, or if it will be a red-band trailer due to the movie’s R-rating, but we shouldn’t have very long to wait to find out with tomorrow’s trailer.