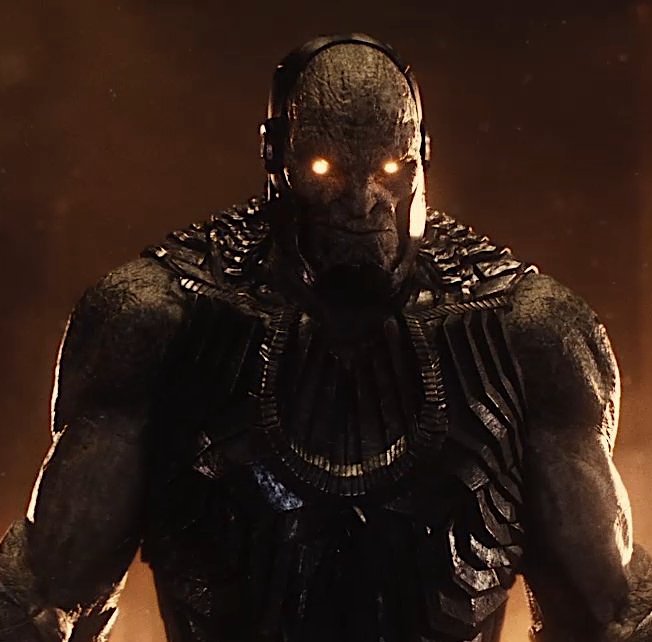 Darkseid Is… In Zack Snyder’s Justice League, and the new trailer shows a bit of new footage with the villain behind Steppenwolf, the main antagonist of the film.

The initial teaser to Zack Snyder’s Justice League, which was set to Leonard Cohen’s “Hallelujah”, featured an action scene with Darkseid, but the shot was criticized by some for appearing rough and unfinished compared to the other CGI in the trailer. That’s not the case here, with a new shot of Darkseid looking absolutely incredible, it seems likely that the iffy shot should be fixed in the final edit. Also showcased is an existing shot of the Justice League getting off of the ramp of the Flying Fox, a new look at the Metropolis/Gotham bay area in the Knightmare vision, Batman using Parademon weaponry against them, and… Some kind of CGI apocalyptic bubble that the Flash is running toward. Check it out below:

Alongside Darkseid appears Desaad, who we’ve already seen in the initial trailer for the film, and, surprisingly enough, a female character that Zack Snyder has confirmed to be Granny Goodness (who appears much leaner and more battle-ready than typical portrayals). Darkseid’s presence in the film is said to be sparing but impactful, given that the plan was for this to be a teaser for future Justice League movies rather than have him directly take action in the majority of the plot itself. While there are no plans for a follow-up to this film, it seems likely that some version of a continuation could happen eventually in the event that this movie performs decently for HBO Max.