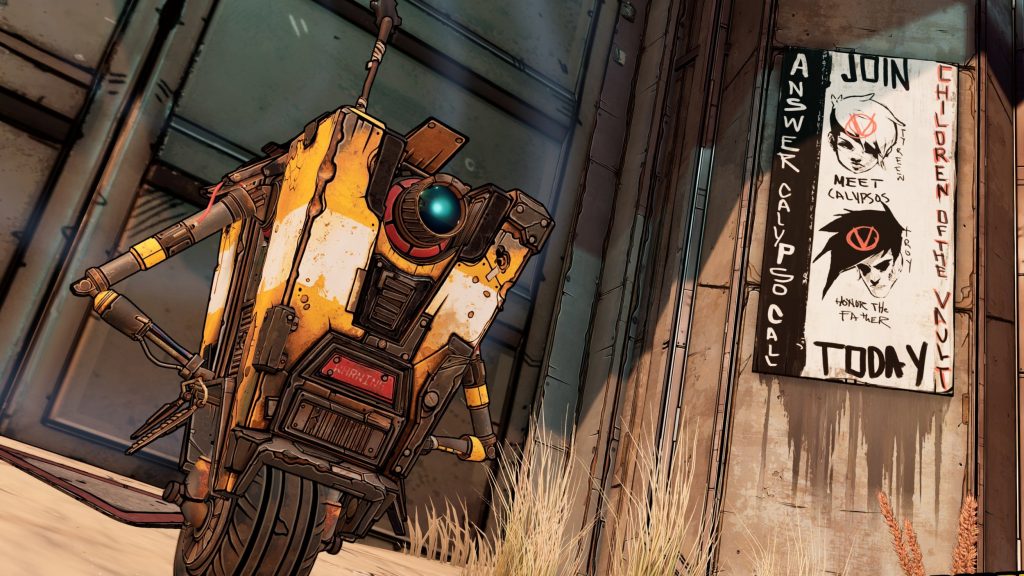 Borderlands has found its annoying robot.

Bits of news regarding Eli Roth’s Borderlands adaptation are starting to ramp up, with the star-studded cast already packing Cate Blanchett as Lilith, Kevin Hart as Roland, and (most recently) Jamie Lee Curtis as Dr. Tannis. Now we have another big name to add to the list, as Jack Black has joined the party as your favorite neurotic robot Claptrap.

This marks the second collaboration between Eli Roth and both Blanchett and Black, who co-starred in 2018’s The House with a Clock in its Walls, Roth’s first foray into family-friendly territory. It seems like they enjoyed the experience and liked Craig Mazin’s Borderlands script, which is said to be one of film’s strongest elements.

“I am so excited to reunite with Jack, this time in the recording booth… Claptrap is the funniest character in the game, and Jack is perfect to bring him to the big screen.”

“We couldn’t have been more in sync with our filmmakers and casting executives as we approached this role… Everyone who’s ever played the game knows Jack is perfect for this part. We’re thrilled he will add his endless comic energy and voice to our film — he’ll bring so much to the movie.”

Of course, Black also worked before with Kevin Hart in two Jumanji films, which ups the chemistry of the gang even higher. Since the adaptation seems to be mostly close to the first game’s plot, we should expect announcements soon for the two remaining big roles: the hunter Mordecai and Brick, a big and buff dude who doesn’t like to speak a lot.