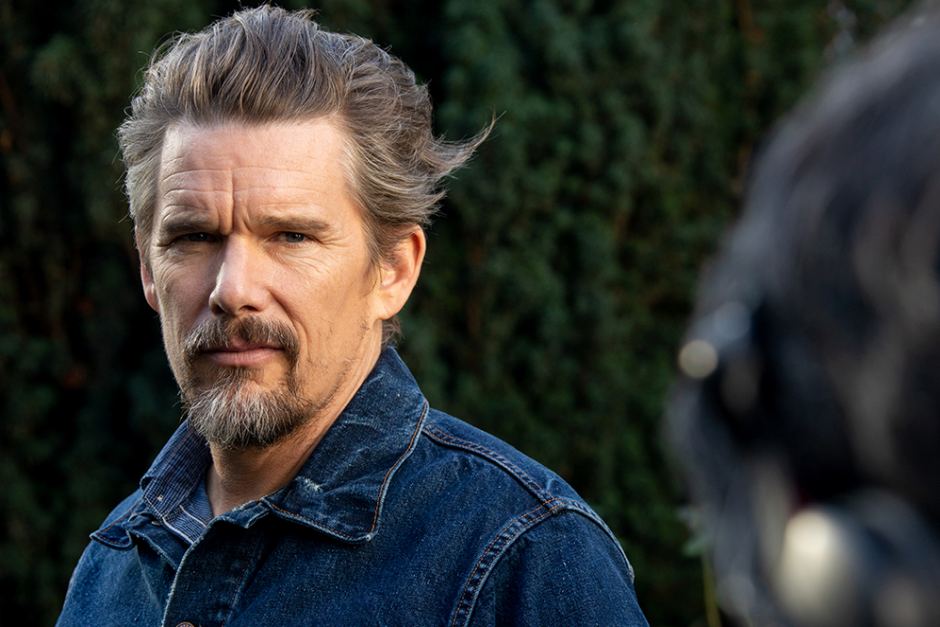 It was last year that Oscar Isaac had been cast as Moon Knight himself, and now THR is reporting that Marvel has added another A-lister opposite him in Ethan Hawke. There is no news on which particular villain he might be playing, though perhaps the smart money would be on Raoul Bushman (not to be confused with Bushmaster, the villain of Luke Cage Season 2), who is generally considered Moon Knight’s arch-enemy in the comics.

Hawke will be joining May Calamawy, who has been cast in a supporting role. No information has been revealed as to what character she’ll be playing either. And a week ago we also learned a bit more about the filmmaking talent behind the upcoming series.

Some will wonder if Ethan Hawke’s casting means that he has changed his previously aired opinion on superhero films, when he once referred to Logan as “a great superhero movie”, rather than a great film in its own right:

Now we have the problem that they tell us ‘Logan’ is a great movie. Well, it’s a great superhero movie. It still involves people in tights with metal coming out of their hands. It’s not Bresson. It’s not Bergman. But they talk about it like it is.

Now, it’s entirely possible that Hawke still feels that way about superhero projects and just wants to make a bit of money, or that he sees this project as simply a bit of fun. He’s likely under no illusions that he’s making the next Bresson or Bergman, and that’s okay. It doesn’t necessarily make him a hypocrite. But if he has changed his tune on superheroes, then that’s great.

Moon Knight is due to start production in Budapest this March, so we likely won’t see Ethan Hawke step into the Marvel Cinematic Universe until early 2022.