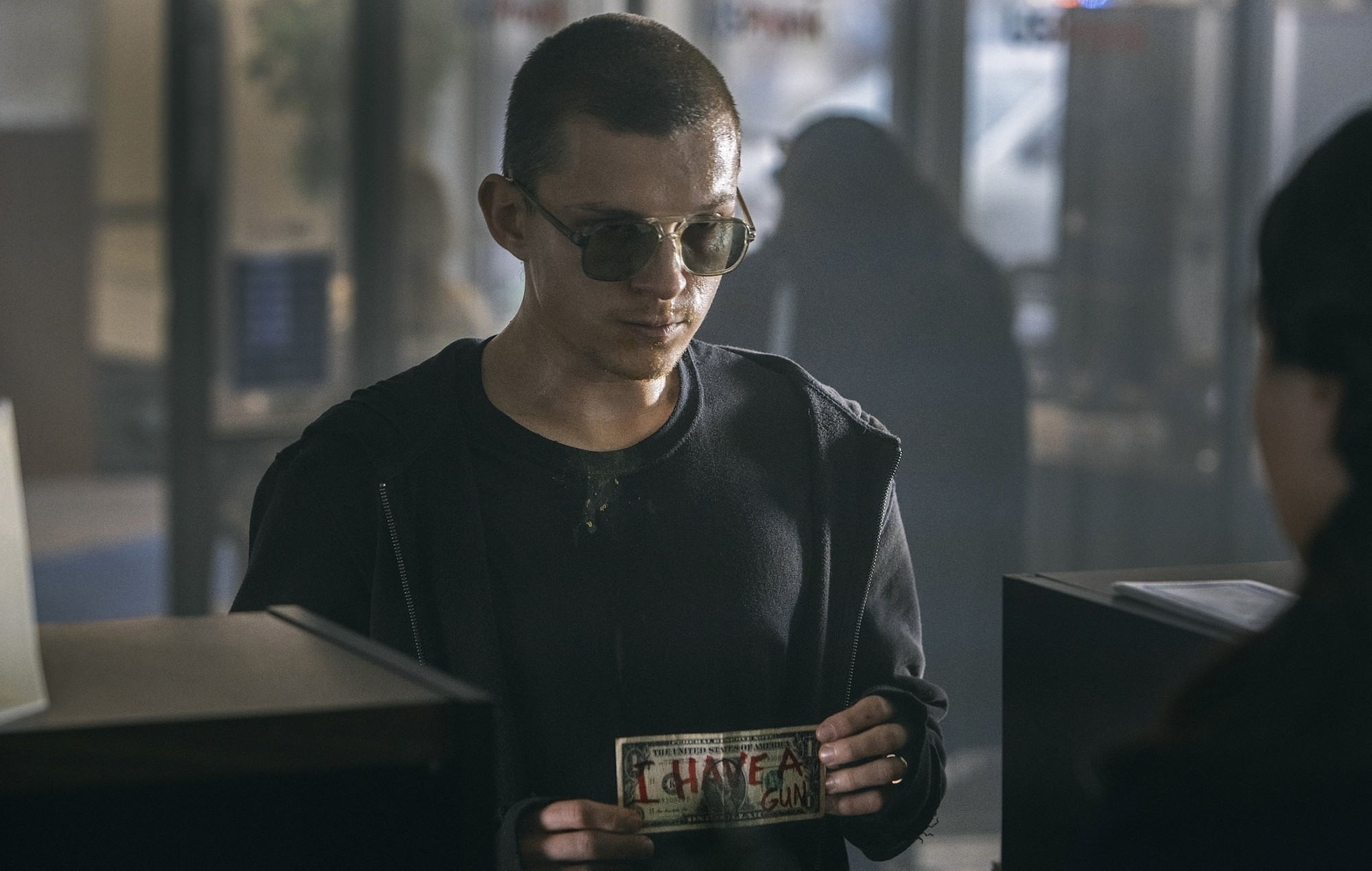 Cherry is a story about a former American field medic called Cherry (Tom Holland) who turns to drugs and a life of crime after suffering PTSD. It adapts the novel of the same name, which is based on the life of its author.

The film is a deeply personal story, as Cherry wrestles with his love for childhood sweetheart Emily (Ciara Bravo) and his undiagnosed PTSD. The tone of the trailer, which was released yesterday, varies across its runtime; Tom Holland’s narration initially suggests this will be a fun and humorous film, before quickly turning into a grim and upsetting story.

Cherry is set for a February 26 debut in US cinemas before releasing on Apple TV+ around the world on March 12, 2021. Also starring in the film opposite Tom Holland and Ciara Bravo are Jack Reynor, Michael Gandolfini, and Fionn O’Shea.

Holland reunited with the Russo Brothers for Cherry, who directed him for three of his five outings as Spider-Man in the Marvel Cinematic Universe (Captain America: Civil War, Avengers: Infinity War, and Avengers: Endgame). It’s certainly a far cry from Holland’s superhero exploits and another chance for him to show off his incredible range.

It’s a busy period for the young English actor, who has just come off a stirring performance in Netflix’s The Devil All The Time and will also be seen in Chaos Walking with Daisy Ridley on March 5, right in the middle of Cherry‘s staggered release schedule. Then, later in the year, he will appear in the much-anticipated Uncharted film adaption plus the next Spider-Man film, which is currently filming