After multiple release dates and what feels like a life time of waiting, Wonder Woman 1984 opened in theaters around the world yesterday ahead of it’s US release on Christmas day. Whilst it’s not hard to imagine Warner Bros wishing they had kept the film’s original 2019 release, Wonder Woman 1984 delivers a dose of heroics and optimism that feels like a breath of fresh air after a bleak year.

I always try and keep my reviews as spoiler free as possible, but with WW84 not due out in the US for over a week, and knowing how long people have waited, I’m going to be extra cautious with this one. So please accept my apologies now if any part of this feels a little vague, I’d rather that than spoil the experience for anyone. That said, I will be make reference to a few points seen in the trailers so if you’ve been avoiding everything then I’d advise stopping here just to be safe.

One thing I do have to say is how good it felt to be back in a cinema seeing a blockbuster like this on the big screen. With the required measures in place (I can honestly say I feel safer in a cinema than in my local supermarket) you’re not going to recapture the feeling of a packed house at a midnight opening but that sense of shared experience is there and it really was one of those things that I didn’t realize how much I’d missed it until I experienced it again with Wonder Woman. Beyond that, Patty Jenkins has created a film that is very much larger than life and deserves to be seen on the biggest screen possible. So, taking into account all the relevant safety precautions, I would highly recommend seeing the film at a cinema if you can. 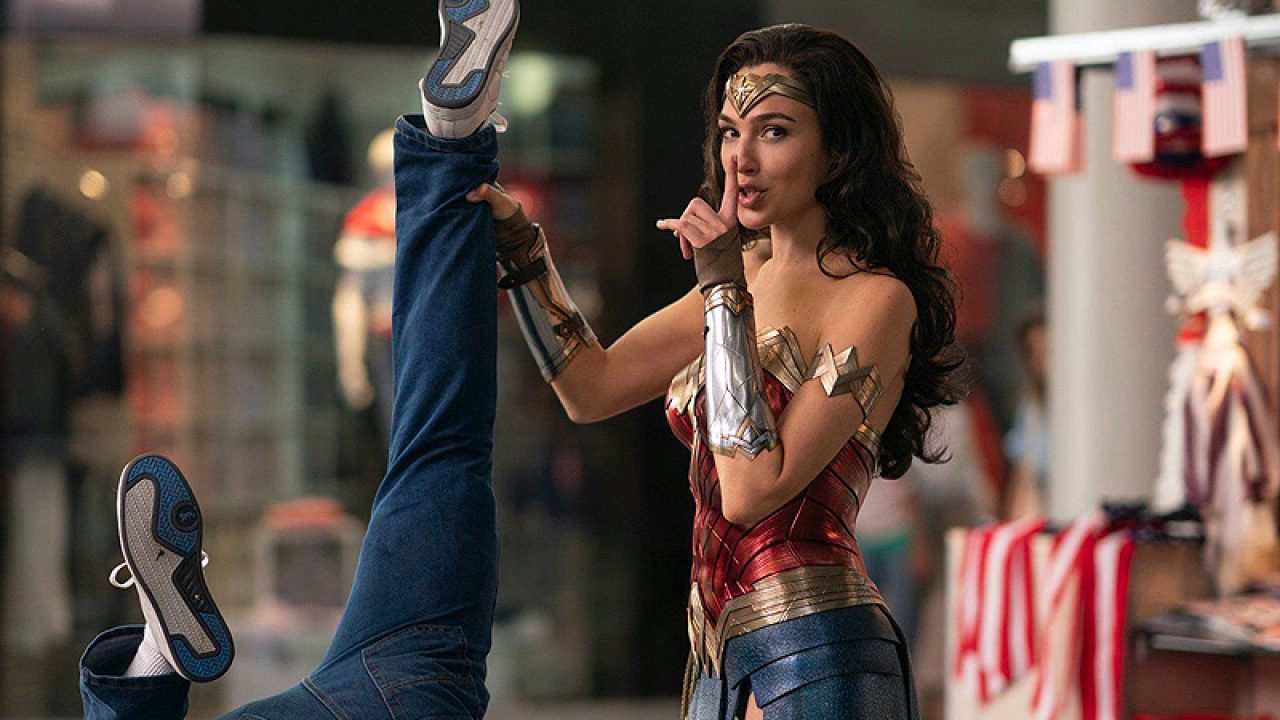 The film itself feels almost like a love letter to the eighties. The cliches of the era flow freely, from the power suits and leotards to the TV personality salesmen, and the meek office girl becoming the femme fatale. The movie is as big, bold, and over the top as you’d expect. If you imagine an eighties super hero movie made with a modern budget and special effects, along with a touch of modern sensibilities, then you’ll probably come pretty close to Wonder Woman 1984. It’s like that moment in Aquaman when you see Momoa ride in wearing a bright golden costume and wielding a trident atop a seahorse. On paper it sounds absurd but on screen it absolutely works because the movie know what it is and embraces it rather than shying away from it.

The story, at its core, boils down to be careful what you wish for and the importance of truth. At a story level this can sometimes feel a little shallow as events spiral rapidly out of control and push the world to the brink of destruction, this is a comic book movie after all, but on a character level for the four leads, especially for Gal Gadot’s Wonder Woman, it works extremely effectively. The focus on truth, not just knowing the truth but accepting it even when it’s painful, also feels like a timely message in a world where the truth has felt often felt under attack. As a young Diana is told at the opening of the film, if you win by cheating then you aren’t ready to win. It’s a lesson that feels even more timely now than it would have in 2019. 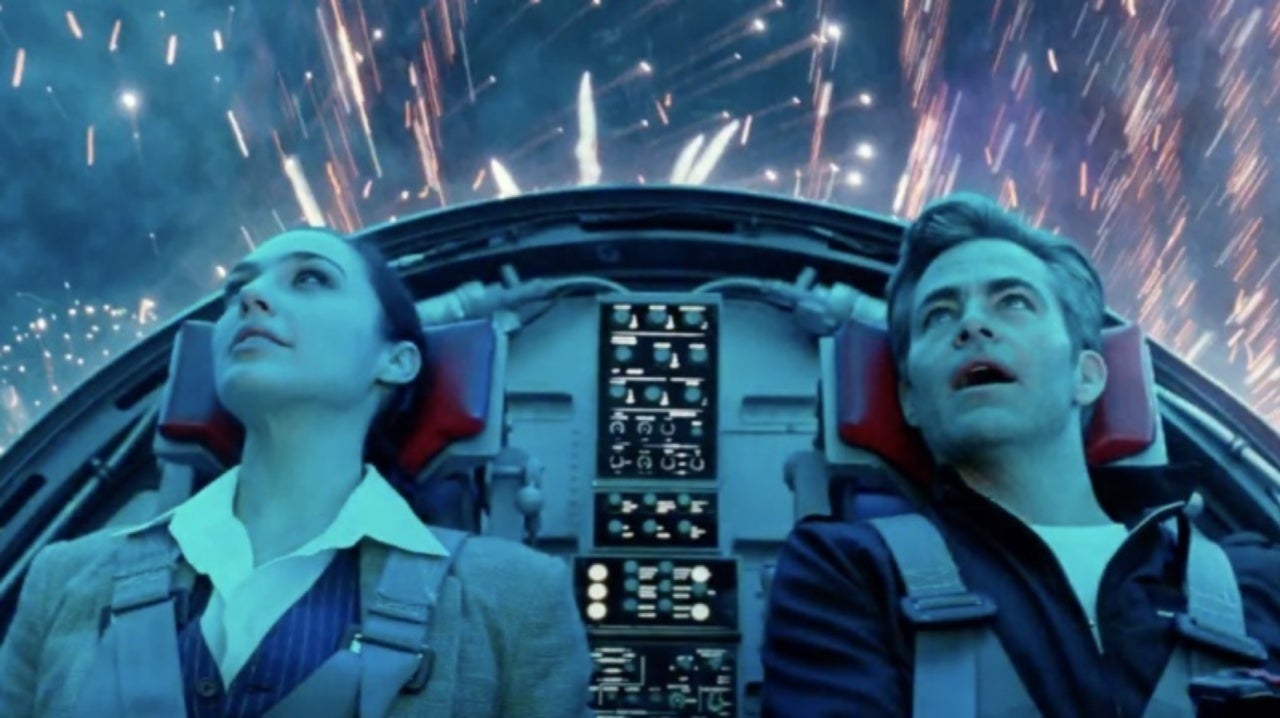 As Wonder Woman Gal Gadot continues to be, well, wonderful. As a hero who has been literally the Goddess of Truth at times in her long history, it’s interesting to see her character struggle with what the truth means in WW84 and how knowing the truth and accepting it can be two different things. This is a spoiler free review so the how and the why of Chris Pine’s return as Steve Trevor I’ll leave to the movie, I’m just glad they brought him back. I love Pine as Trevor, and you can tell he and Gadot had fun with the role reversal from the first film with Steve Trevor now being the fish out of water in this strange new world

It was one of the earliest images released and has featured in all the trailers so it’s no spoiler to say that one of my favorite scenes in the film is when Steve gets to fly a modern jet plane. The sense of wonder that Pine brings to the moment is almost palpable, as is the joy Gadot’s Diana feels as she shares the moment with him. The score by Zimmer, which is great throughout, is simply glorious here and I’m sure it will be my favorite track on the score 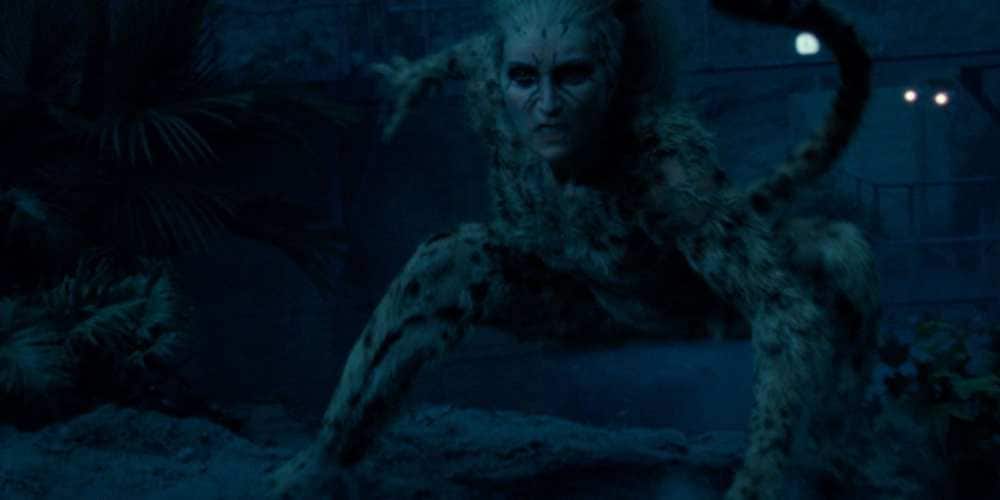 Due to the nature of their descent into evil, the villains get less character development than I ideally would have liked as they go from bad guy to world threatening evil and meek office worker to super villain, but Pedro Pascal and Kristen Wiig both deliver great performances. Pascal’s Maxwell Lord is very different from his comic book origins, with a new take on his powers that works well for the story told here. Pascal vanishes into the character, making the smarmy salesman someone you can really love to hate. Wiig’s Cheetah on the other hand you want to find redemption after getting to know her character in the first part of the movie.

There’s plenty of big action sequences in Wonder Woman 1984, all of which look great, and the film deftly avoids descending into the CGI slugfest that can be detrimental to so many super hero movies. I love the way Jenkins’ handles the build up to Diana’s reveal at the start of the film, and the mall scene that follows is particularly fun, but the way she captures some of the quieter character moments, like the jet scene or later when Diana takes to heart a lesson from Steve, is arguably even more visually exquisite. 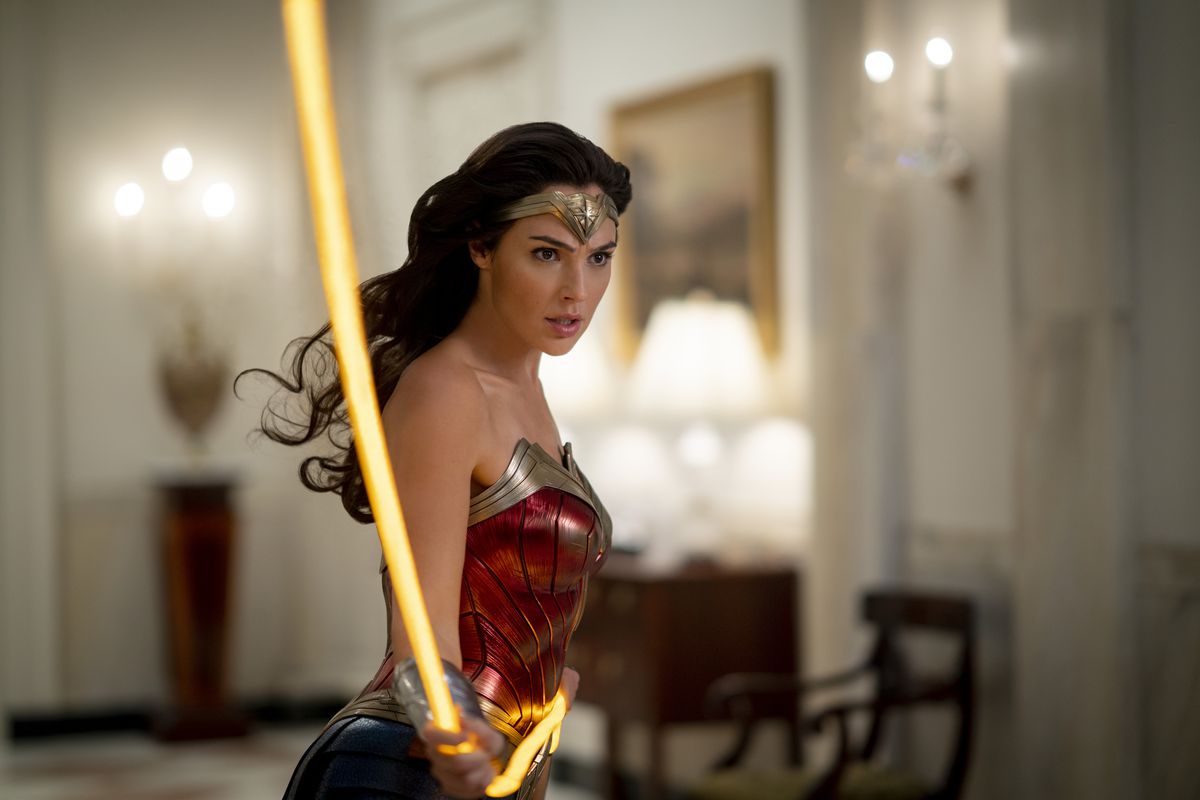 Wonder Woman 1984 is the big budget blockbuster this year has been waiting for. Whilst the story does necessitate a slight shallowness to the villains’ descent into evil, and the escalating chaos around that, it makes up for it with strong performances, growth for its heroine and by earnestly embracing its comic book roots and eighties aesthetic. It’s uplifting and heartful embracing of truth as a fundamental value is a welcome message for our cynical times and a reminder of why Wonder Woman has endured for almost 80 years.

And on a final note, make sure you stick around for the mid credits scene. You’ll be glad that you did.