‘Black Panther II’: Why It Doesn’t Make Sense for Shuri to Take Over the Mantle – Editorial 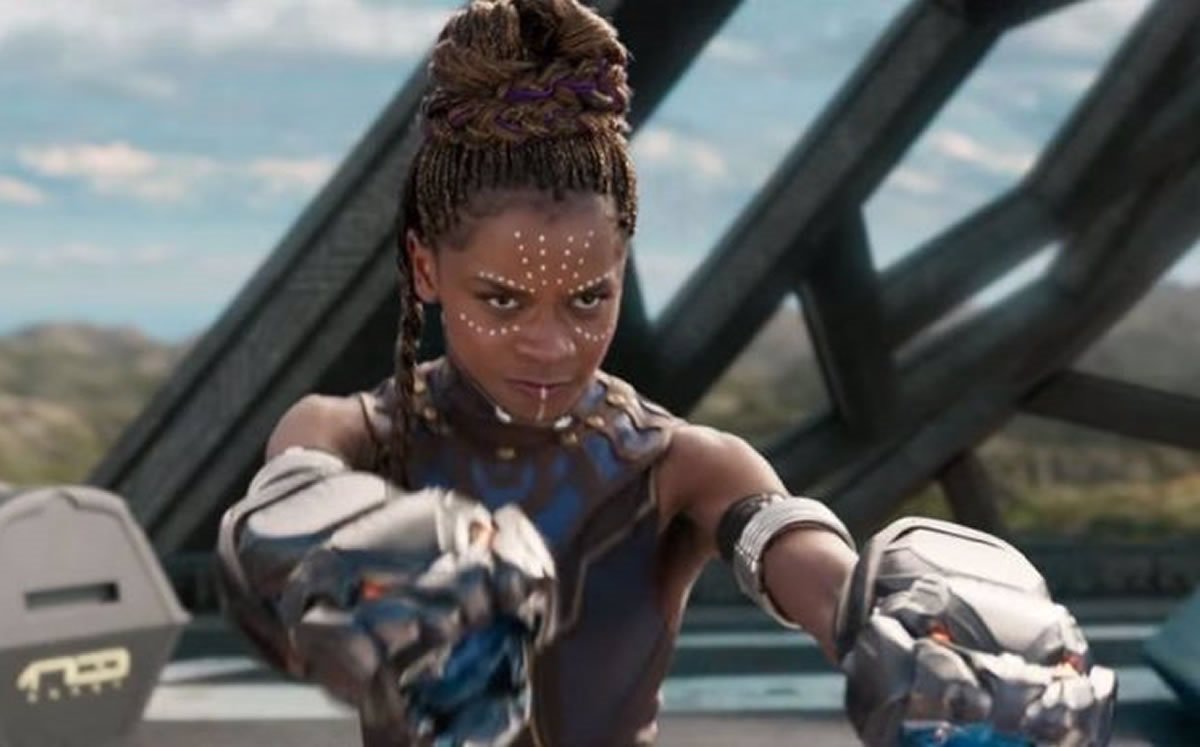 Let’s discuss why I don’t think Shuri is a good fit for being the next Black Panther.

Back in August, the world woke up to terrible news – the ever-charismatic and highly-praised Chadwick Boseman had passed away after a four-year-long battle with colon cancer. He had been so private about his illness, only a handful of people in his life were privy to the details. Black Panther director Ryan Coogler famously posted a statement lamenting the passing of his friend, and saying he actually didn’t know about it.

After the initial shock and remembrance of the best moments we’d spent with the actor on screen (who might actually get a posthumous Oscar nomination next March for Ma Rainey’s Black Bottom), some of us started wondering what would happen now with the Black Panther franchise, and specifically with the character of T’Challa he so brilliantly played in as many as four movies.

Several possibilities come to mind. What I think many rejected from the very beginning is having a CGI version of T’Challa, in a similar way to how Star Wars: The Rise of Skywalker managed to bring Leia back, or perhaps even in the way Rogue One: A Star Wars Story did with Tarkin. Marvel Studios executive Victoria Alonso came out publicly last month to announce they were not going this route with the character. 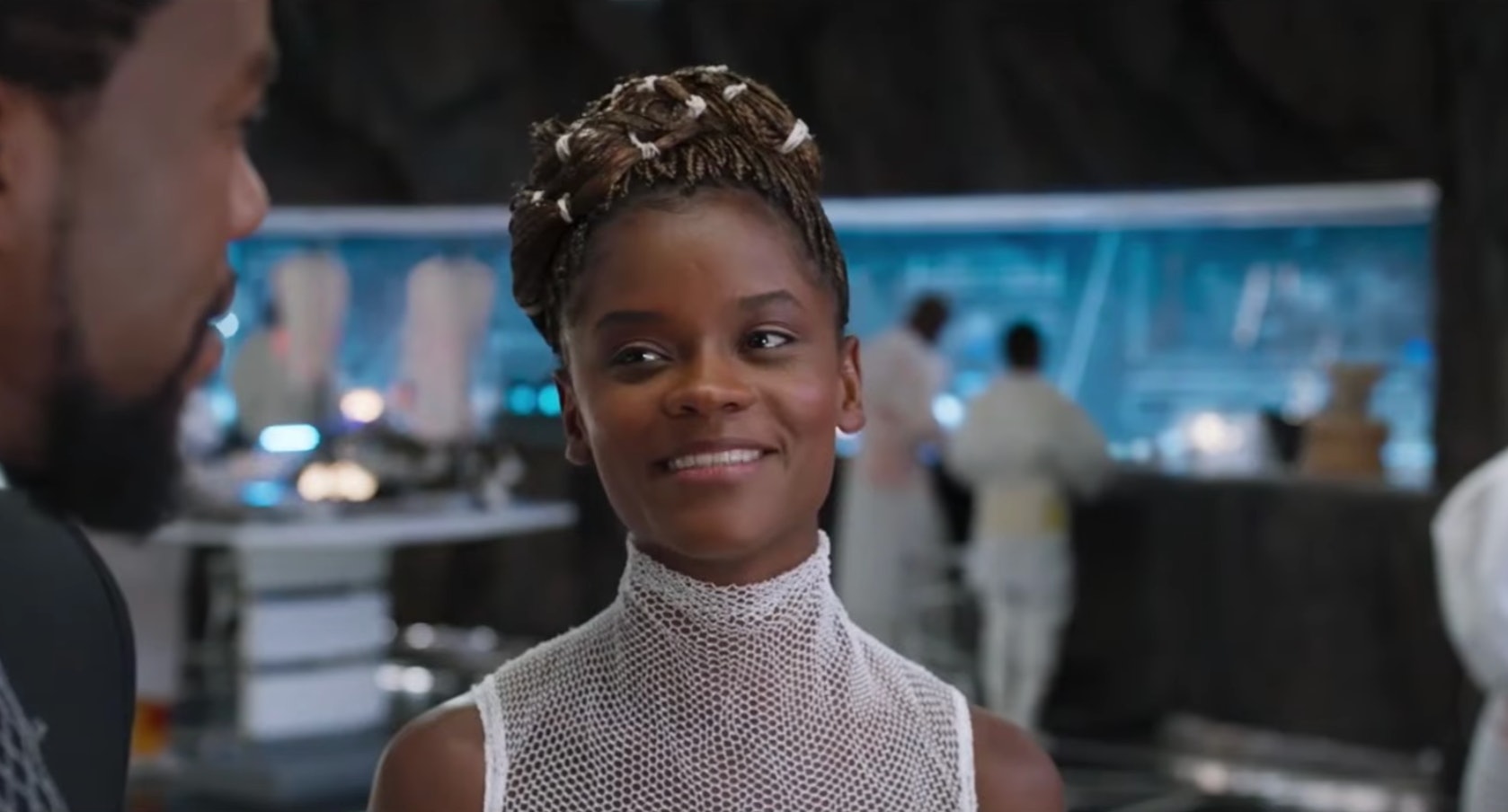 Another possibility, which is actually the one I was hoping would happen, is to recast the character. I don’t want to make this editorial about why I think this is the best possibility, but I do want to briefly defend my position – I am not saying we should replace Chadwick Boseman and forget he ever played the role. My argument is that we should honor his legacy by building upon what he created, and taking the character he invested so much time and effort bringing to life, to the next level. It should be the intention to respect his work, not to undermine it. We know since last week that Marvel Studios is not going this route either, with president Kevin Feige announcing on Disney Investor Day 2020 they would not be recasting the character.

It seems clear, therefore, that the character of T’Challa will not be present in Black Panther II. I doubt we will just be seeing his back or anything like that, as an attempt to keep him alive to honor the character. The question then comes – how is Ryan Coogler going to deal with this?

The character of Shuri did once take over the mantle of the Black Panther in the comics (see Black Panther #1 (2009) and Doomwar (2010)). Per Marvel.com,

In Shuri’s first appearance—as seen in 2005’s BLACK PANTHER #2 by Reggie Hudlin and John Romita Jr.—she wanted to get into the ring to earn the title of Black Panther. She didn’t even get a chance to try, though, because a tossed-out challenger landed on top of her and a masked T’Challa leapt over them both to win the mantle.

Throughout the rest of that volume, Shuri proved her brilliance and bravery, but only took on the iconic title with the DARK REIGN era BLACK PANTHER series that launched in 2008. That volume opened with Doctor Doom brutally attacking T’Challa after he refused to join Norman Osborn’s cabal. Barely alive, the king returned to Wakanda before his wife, Queen Ororo, took over leadership duties and immediately nominated Shuri to become the next Black Panther.

The princess then focused her efforts on proving her worth by completing a series of challenges. She walked barefoot across fire, meditated for hours in a scorpion pit, and even free-climbed the mountain that was home to the heart-shaped herbs… Herbs that happened to be surrounded by a pride of panthers.

I don’t know about you, but this just doesn’t line up with the Shuri I met in 2018’s movie. The character that was presented there was purely a scientist, the younger sister that just wanted to have fun at the lab and let her brother be the King and the Black Panther on the ground. She is currently the smartest person in the MCU, according to Kevin Feige himself. Not once in that movie did she show any intention of becoming either the Queen of Wakanda or the Black Panther. 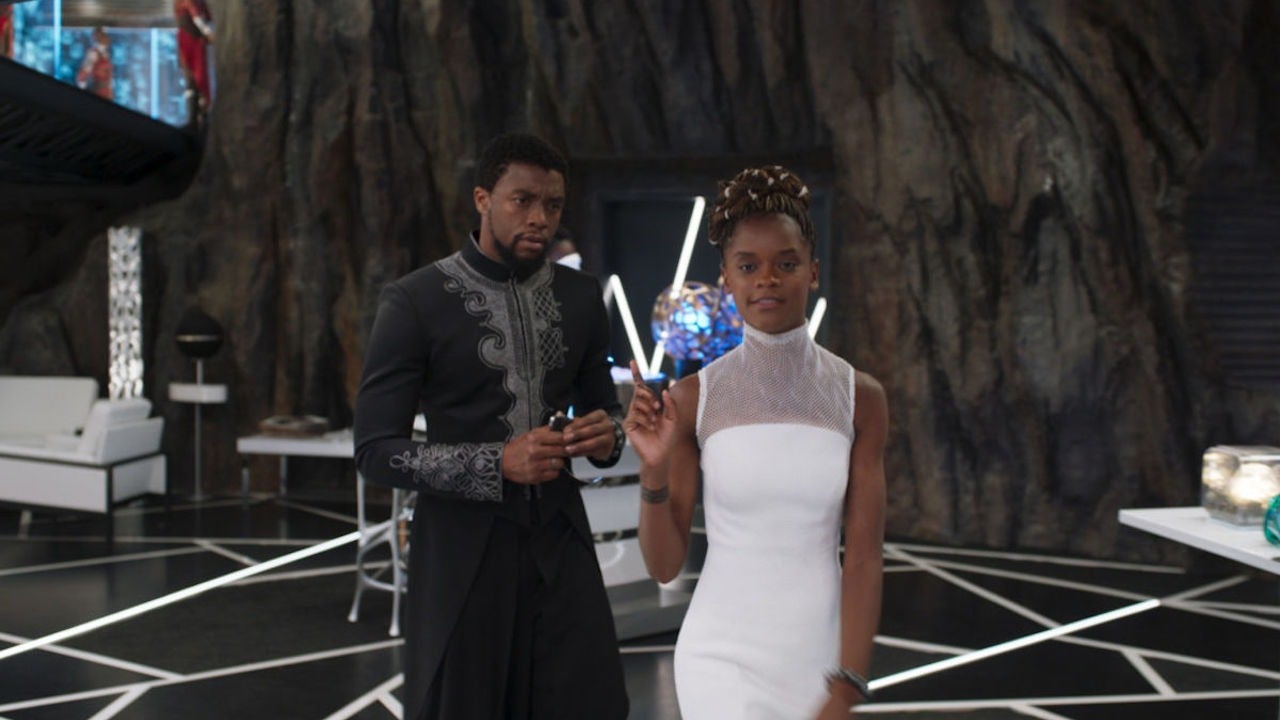 The way it’s set up, those two titles come hand in hand. It’s true that T’Challa took over the Black Panther title before he became the King, but that was only because his father was too old. Once King T’Chaka passed away, T’Challa had to prove he was worthy of being King and Black Panther. And he had to do it fighting M’Baku with no weapons and no flower, just with his bare hands. Shuri is not a warrior, she couldn’t take on her own mother in combat. Then, how is she going to become the ruler of Wakanda?

Sure, you can always circumvent that, by saying that while T’Challa is away in some Royal trip, he has instructed that her sister will take over the Black Panther title. But we keep hitting the same wall. That would totally be against the Shuri that was set up in the first movie, who was not a warrior and only wanted to help with her tech. She is a scientist, and while some would argue that becoming the Black Panther would make her a better character, I’d even say it undermines her character.

We’ve already had a character in the MCU who was far more intelligent than anyone around them, who constructed their own tech to fight crime and then went on to use it. Iron Man. Shuri is such a unique character because she is not a warrior, she doesn’t go around kicking bad guys in the nuts. She wouldn’t even know how to do it. The only fighting she’s done in the MCU is with those vibranium gauntlets, which aren’t that practical in the Black Panther suit. Instead, she employs her intelligence in helping the actual Black Panther and beyond that, doing something productive for her nation, pushing the technology allowed by the vibranium forward. We have no character like her in the MCU, and if we just let her become another person throwing punches with a cool suit on, we’d be wasting the character, in my opinion. 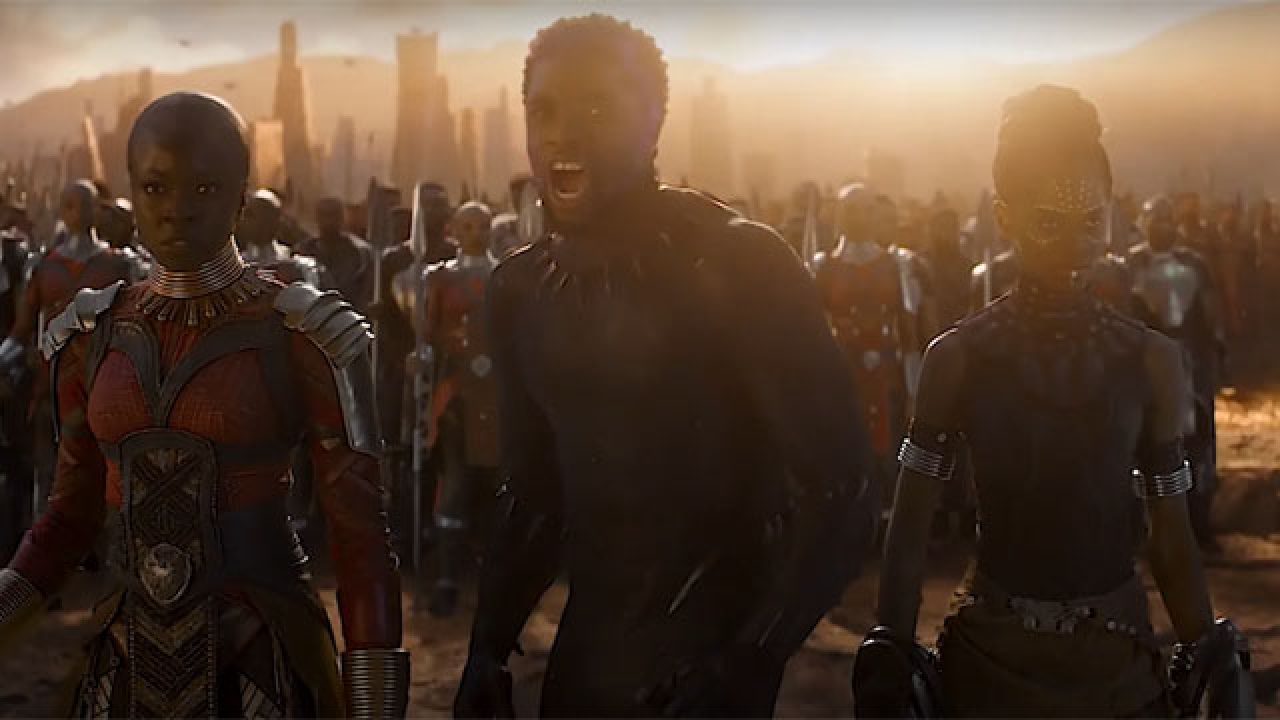 The excuse “it makes sense for it to happen because it already did in the comic-books” is one that would make for a pretty lame story to me. There is a mantra that should always be considered when talking about writing and movie-making: “Story comes first.” If something makes sense for the story, then we can move forward. If it doesn’t really make sense, but we have to make it work because [enter reason], then your story will not work as well, if at all.

That is another reason why to me they should have recast the role of T’Challa, because the story calls for his presence to continue. And I’m not talking about the Black Panther. That’s a mantle that, if we find the appropriate character, we could pass on. I’m talking about T’Challa, Shuri’s brother, T’Chaka’s son. He is an amazing character and it will be sad to see him go because the actor who was portraying him sadly is no longer with us. That to me undervalues the character, but hey, it’s their decision and they must have a reason for it.

There are a lot of examples all throughout the MCU that go directly against the idea of “we should do this because it already happened in the comics.” Here’s an easy example. In the comics, Peter Parker is a photographer working for the Daily Bugle, trying to impress J. Jonah Jameson by taking pictures of that wild animal they call Spider-Man. If that is a story that happens in the comics, I guess it should happen in the movies too, right? Well… No. It makes no sense. The way they’ve set Peter Parker up in the movies, he’s the most distant thing from a photographer that a character can be.

To try to change his character now so that we can adapt that storyline from the comics would be nonsense, and it would totally undermine all the work the MCU did those last few movies. 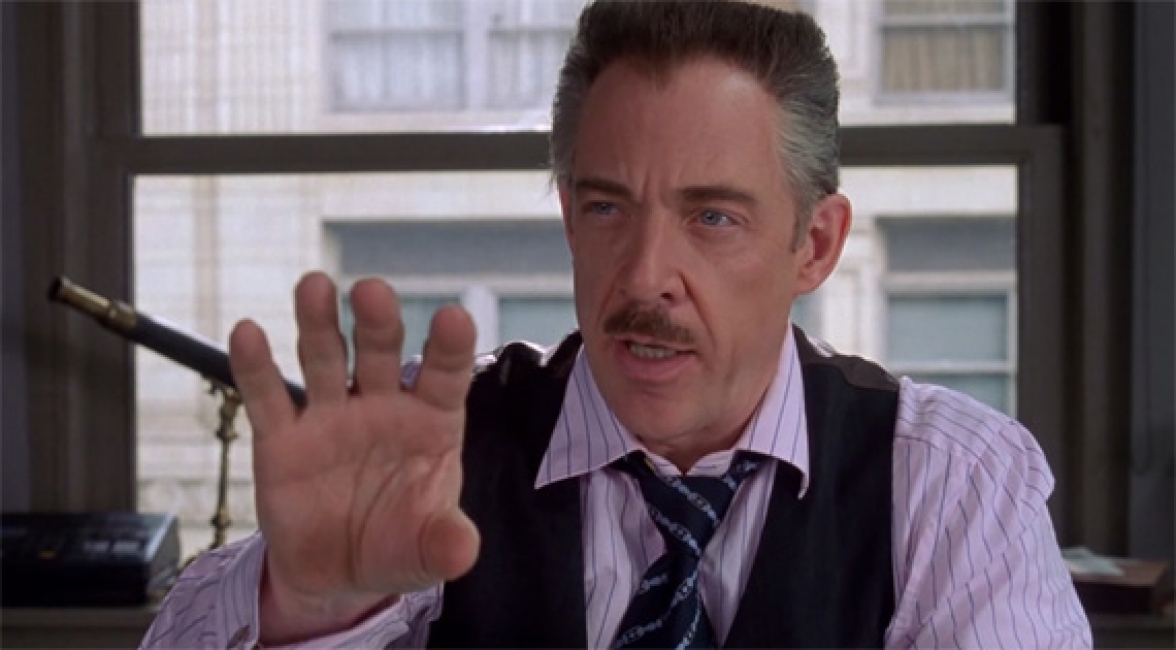 Here’s another example. In the comics, the reason why Thanos started his quest to find the Infinity Stones was to impress Lady Death. Prior to Infinity War‘s release, many were speculating that Cate Blanchett’s Hela would be returning to be Thanos’ love interest. Since something similar happened in the comics, it should happen in the movies, right? Well… story comes first. And the story that the movie was calling for was a much more cohesive one, and actually one that offered a lot of commentary, and made the Thanos character much deeper and understandable. I’m so glad they went that route.

I could go on and on, but I think my point is clear by now. Shuri doesn’t make any sense as the Black Panther. It is true that they can always set it up so that it does, but please, don’t fall into that trap. If you are going to kill T’Challa off-screen, or simply say he’s in duty somewhere else, and you need a Black Panther, the one character that would make a lot of sense to take over that mantle would be M’Baku, who after the events of Infinity War and Endgame is much closer with T’Challa. His tribe also has a much better political relationship with Wakanda after the events of the first Black Panther, and especially after the Battle of Wakanda against the army of Thanos.

We know that Shuri will have a larger role in the sequel, but that doesn’t necessarily mean that she will be the main character of the movie. Some are speculating that the filmmakers are intending for Michael B. Jordan’s Killmonger to return. While his character was one of the most compelling things about the first movie, I really wish they don’t do that. I know that it’s gonna be hard for Ryan Coogler to make a movie without Michael B. Jordan, but please… Story comes first.

Black Panther II will begin filming next July, and it will hit theaters on July 8, 2022. It is currently unknown when we will know what the plan for T’Challa is going to be, or even if we will know it before the movie premieres. I think, however, that come next summer we will know it already, whether because it is announced at Comic-Con (if it happens), or some other way. I also can’t imagine a scenario in which Disney launches a marketing campaign for the movie without telling the audience what is going on. For now, I only have to say that in Coogler and Feige I trust.