The first big news out of Disney’s Investor Day is that Raya and the Last Dragon, Disney Animation’s next feature film, will debut simultaneously in theaters and on Disney Plus Premier Access!

Taking to the virtual stage, Kareem Daniel, Chairman of Media and Entertainment Distribution for Disney, announced that the tale of a young warrior who sets out to find the mythical last dragon will now debut on Disney Plus Premier Access on March 12, the same day it arrives in theaters.

Check out the new poster for Raya and its teaser, which debuted in October, below: 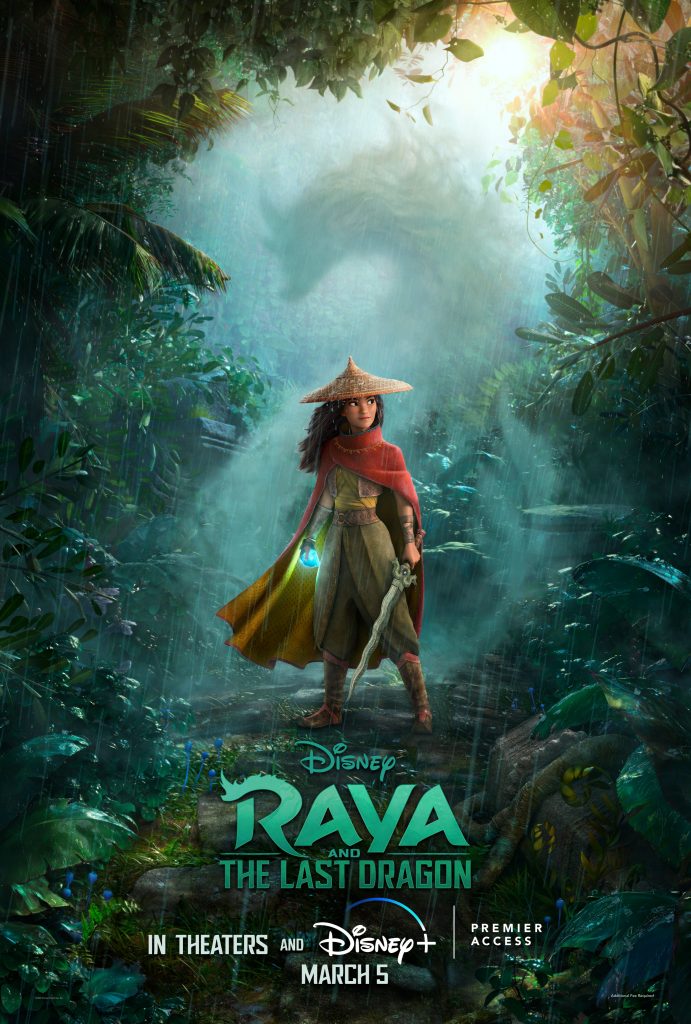 “Restore peace. Find the last dragon. Long ago, in the fantasy world of Kumandra, humans and dragons lived together in harmony. But when an evil force threatened the land, the dragons sacrificed themselves to save humanity. Now, 500 years later, that same evil has returned and it’s up to a lone warrior, Raya, to track down the legendary last dragon to restore the fractured land and its divided people. However, along her journey, she’ll learn that it’ll take more than a dragon to save the world—it’s going to take trust and teamwork as well. From directors Don Hall and Carlos López Estrada, co-directors Paul Briggs and John Ripa, producers Osnat Shurer and Peter Del Vecho, and featuring the voices of Kelly Marie Tran as Raya and Awkwafina as the last dragon Sisu.”

Raya and the Last Dragon will premier in theaters and on Disney Plus Premier Access on March 12, 2021. No concrete international distribution plans are known at this point.