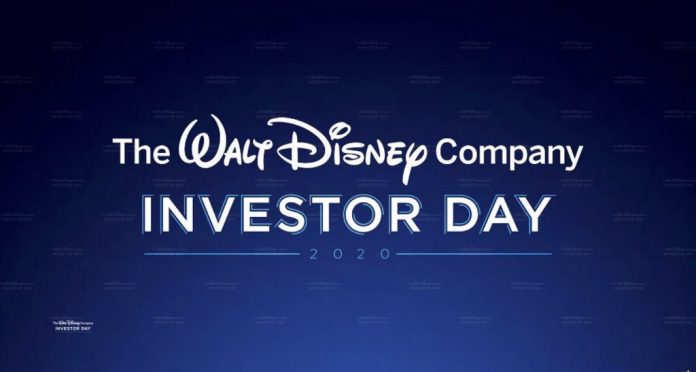 Disney’s big, fat, four-hour Investor’s Day Presentation will have more than just news on streaming shows Pixar, Marvel Studios, Lucasfilm, and others that are in the pipeline – there will also be announcements for new movies slated for theatrical release as well.

Hidden in a Peter Bart and Mike Fleming Jr. discussion article on Deadline, about Warner Bros. and HBO Max’s controversial film rollout plan for 2021, Mike shared an interesting detail that will no doubt raise fan expectations for Disney’s own event – they’ll be unveiling new movies that will be released in theaters at some point, no questions asked. Here’s what he said:

“Disney on December 10 will announce its upcoming slate. While the studio will solidify what Deadline revealed recently — that the Tom Hanks-starrer Pinocchio, Peter Pan and the Emma Stone-starrer Cruella will bypass movie theaters to become Disney+ releases — the studio will also announce new projects from Marvel, Lucasfilm and Pixar that will encompass TV as well as theatrical. It will be a gesture toward not abandoning the exhibitors. The WarnerMedia guys can perhaps make the same case – they took the beating releasing Tenet in the summer, and will provide a stream of films during the lean months of 2021 while other studios have abandoned the turf – but I’m not sure it has been received as the one-off plan it is purported to be.”

From the sound of that statement, it doesn’t seem like Disney’s streaming plans are as drastic for movie theaters as what WarnerMedia are planning on doing (since, while the plan is ostensibly to just do that for 2021, statements issued by Warner Bros. indicate that it may be their strategy for movies going forward). Currently, Disney+’s massive overperformance has been a bright spot in what has been an incredibly difficult year for Disney thanks to the Coronavirus pandemic, so it stands to reason that a shift toward streaming is in their best interests. However, out of all of the major studios, they seem to be the most interested in preserving the theatrical experience. Still, it’s likely that the event will skew toward streaming over theatrical content.

Disney missed two big opportunities to make waves with an abundance of news on Lucasfilm and Marvel Studios projects between the cancellations of Star Wars Celebration Anaheim and SDCC 2020 this year, so it seems like this presentation will be a way for them to make up for lost time. Marvel Studios officially have eight Disney+ shows in the pipeline, and Star Wars has four when you count the ongoing series The Mandalorian, but word’s been that more are in development at both companies, starting with rumors of a show starring Samuel L. Jackson’s Nick Fury and reports that Temuera Morrison’s Boba Fett is getting a miniseries spinning off of his recent show-stopping guest star appearance in the most recent episode of The Mandalorian. It’s likely that both series get announced here, alongside confirmations of various other projects that the trades have reported on.

Suffice it to say, though, Disney’s conference is going to be a must-see event when it happens later this week. The Disney Investor’s Day Presentation will be held on December 10 at 4:30 PM ET / 1:30 PM PT.