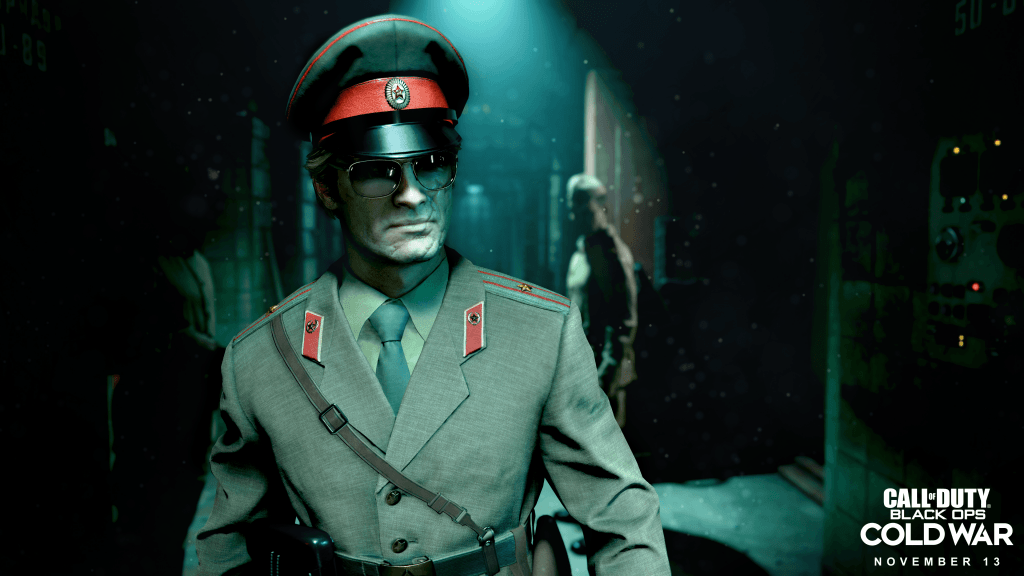 Infinity Ward’s Modern Warfare reboot (2019) marked the beginning of a new era for Call of Duty, but Treyarch has gone back in time with Cold War.

This game’s development has been turbulent. The folks at Sledgehammer Games were supposed to deliver a new Call of Duty in 2020, as their last entry was 2017’s WWII and the franchise is now following a three-year development cycle, which equals three main studios working on Call of Duty concurrently. In May 2019, Kotaku reported the game was facing a lot of problems due to growing tensions between Sledgehammer and Raven Software (a support studio); the project wasn’t meeting its deadlines, and Activision moved in and replaced Sledgehammer with Treyarch, who were just coming out of Black Ops 4.

The development then became an “all hands on deck” situation as more support studios joined the party and tried to put something together in time for fall 2020 because of course Activision isn’t delaying a Call of Duty title. Raven Software became a “main studio” in the franchise for the first time ever and focused its efforts on the game’s campaign, while Treyarch cobbled together a cohesive multiplayer experience.

In a way, Treyarch also had to make up for the disappointment that was Black Ops 4, a campaign-less and unfocused Call of Duty installment with a serious identity crisis. To top it off, Infinity Ward knocked it out of the park with their Modern Warfare reboot, which introduced much-needed tech, cross-play, and a massively successful (and free-to-play) “battle royale” experience called Warzone. Big shoes to fill.

Cold War is the fifth title in the Black Ops saga (one of the franchise’s many), but it actually works as a sequel to the first entry, which released in 2010. That game was set in the 1960s during the Cold War and followed a CIA operative. This installment moves the story forward to the 80s, but its campaign is a direct continuation of the original, including returning characters Mason and Woods. While Black Ops OG characters play a big role and have been featured prominently in the marketing for obvious reasons, CIA officer Russell Adler and a new (customizable) recruit nicknamed “Bell” take the spotlight this time around.

The Cold War is a tricky period to recreate, and Call of Duty isn’t exactly known for being objective when it comes to denouncing war and terrorism. After all, a fair amount of the franchise’s success comes from Activision’s close collaboration with the U.S. army. Let’s put it this way: the scripts and overall creativity behind these games is greatly limited by their nature. That being said, last year’s Modern Warfare actually tried to say some different stuff with new POVs, and I applauded the effort, but it ultimately lacked the freedom to escape historical revisionism and paint the American forces as anything but Western saviors. Russia bad, too. You know the drill.

While much of Cold War‘s campaign is an J.J. Abrams-level homage to the original Black Ops, the story takes some interesting turns and comes to a weighty conclusion with multiple endings. Yes, player choice is a thing in Call of Duty now. Raven Software took advantage of this opportunity to go beyond the usual formula and twist the story and level structure just a little bit. Bombastic action sequences are still around, but Cold War often goes for a more personal and open-ended approach. This includes side missions and “spy stuff” like small riddles or pieces of intel which help inform critical choices which are peppered throughout the campaign. Without going into details, I was surprised to play through missions heavily inspired by Hitman or The Stanley Parable.

It’s also refreshing to see the script take a proper jab at CIA-run operations and their shady plans. Cold War never goes the extra mile, but it dares to peek behind the curtain. Same goes for the game’s representation of Soviet Russia, which is as stereotypical as you would expect but draws some interesting parallels. At its worst, Cold War‘s story mode feels like another Call of Duty, but its best segments are oddly brave and innovative within the walls of this franchise. It even has the nerve to borrow some pages from BioShock and Far Cry 5‘s trippier bits. By the way, Black Ops and Black Ops – Cold War are now part of the rebooted Modern Warfare timeline. I wonder if that will have payoffs later down the line. 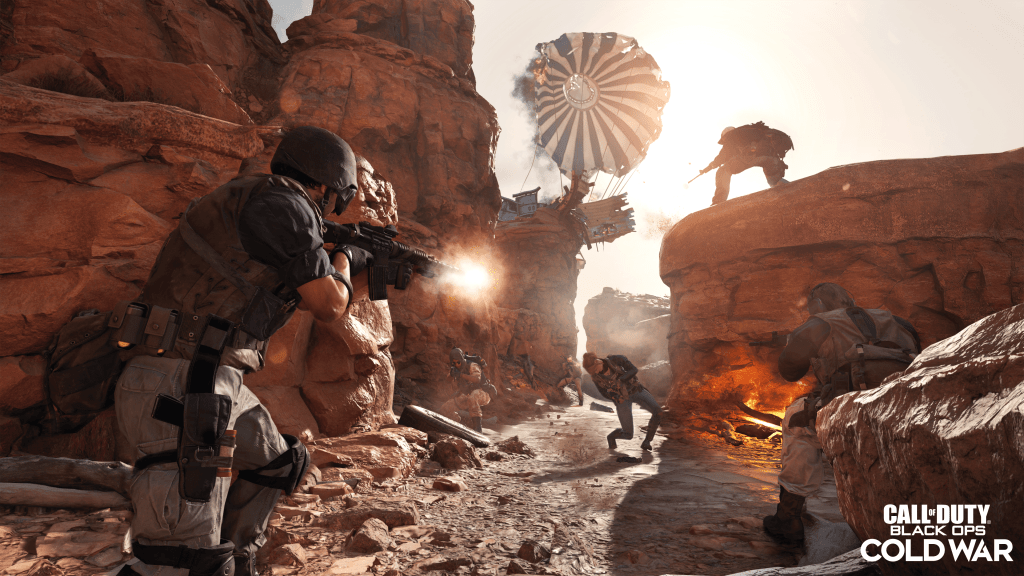 On the multiplayer side of things, Treyarch has decided to honor the original Black Ops too. While they have taken advantage of many of Modern Warfare‘s improvements to the Call of Duty gameplay formula, it largely feels more archaic and limited; some useful mechanics have gone missing, player movement isn’t as fluid, and the graphical technology is based on 2015’s Black Ops III instead of Infinity Ward’s new engine. This doesn’t mean the gameplay is bad, but it’s a pronounced step back.

Loadout and player customization do feel close to Modern Warfare‘s though. The UI might not be as sharp, and the game isn’t packing an incredibly large amount of content just yet, but the groundwork is pretty much the same. And this is a good resume of Cold War‘s core multiplayer experience: it lacks polish, and the fact development has been rough is apparent, but it works. It plays and feels like a straight sequel to 2010’s Black Ops. I guess that was the reasoning behind some of the creative choices. This also means “scorestreaks” are back to replace “killstreaks”, which means players earn progress towards reinforcements by executing any type of action instead of just getting kills. The big twist this time around is that the score earned doesn’t reset after death, allowing casual players to obtain scorestreaks slowly but surely. TTK (time to kill) is also higher following complaints after Modern Warfare‘s almost instant kills, which encouraged more strategic thinking instead of simply running around. Die-hard Call of Duty fans who like to face large groups of enemies in slightly longer firefights will enjoy this, I guess.

All the classic game modes, such as Team Deathmatch or Domination, are there along with some new experiences like VIP Escort and Combined Arms, the latter of which works as a middle ground between the classic 6v6 Call of Duty experience and the chaos of Modern Warfare‘s massive Ground War (which felt like a poor man’s Battlefield). Sadly, the current map selection isn’t as satisfying; the game has launched with just eight regular maps and two Fireteam (a BR-objective-based hybrid) maps. The free post-launch content, which starts dropping next week, is looking as good as Modern Warfare‘s though. Warzone, the hugely popular free-to-play BR mode, is also getting Cold War content in December, since it will serve as kind of a “common ground” for new Call of Duty releases until God knows when. 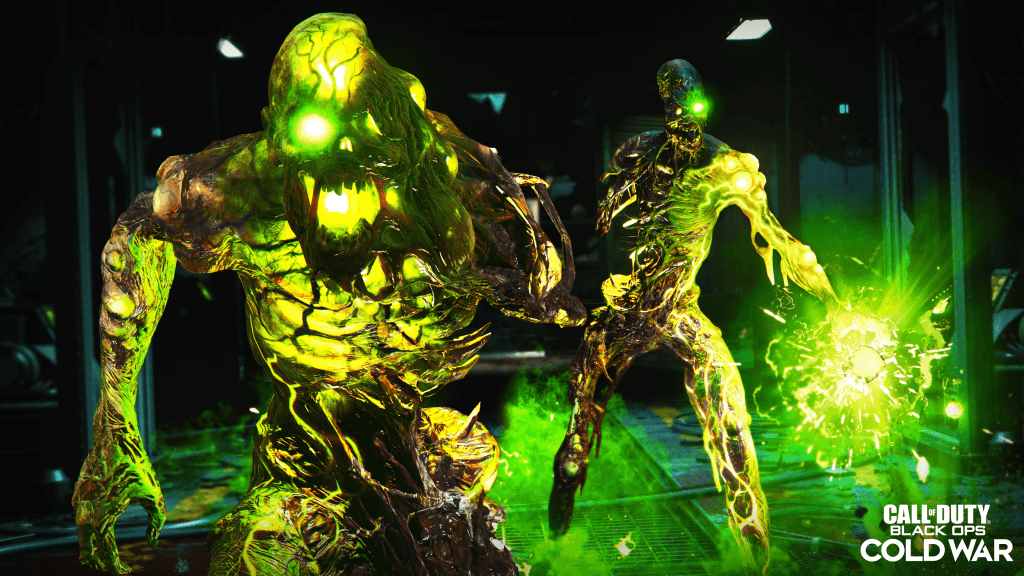 Zombies have also made an explosive return in this year’s installment. This co-op experience pits players against hordes of undead horrors, and it can be played in a variety of ways, including PlayStation’s timed exclusive two-player mode: Zombie Onslaught. The launch map, “Die Maschine”, honors the first ever zombies map, “Nacht der Untoten”, while also evolving the game mode that has been around for more than a decade and gone through several iterations. For the first time ever, I believe it feels welcoming to casual players without dropping the deeper, nuttier stuff it’s known for. I’m not the biggest “Call of Duty zombies” fan, but I cannot wait to see where Treyarch goes next with this.

Console versions of the game are getting split-screen too (PC has been left out again). Coupled with cross-play and cross-gen matchmaking, Cold War is as user-friendly as 2019’s Modern Warfare. Performance, a priority for Call of Duty, is also as good as possible in each system, with the next-gen consoles (minus Series S) going as high as 120 FPS and offering ray tracing at 60 FPS. The PS4 and Xbox One families of consoles are obviously shakier, with the base consoles suffering in certain situations like they did with Modern Warfare. I’m playing the game on a launch PS4, and it works just fine outside the bigger game modes (which are still playable), but competitive players should make the jump to the new pieces of hardware. In typical CoD fashion, load times outside the campaign are fast regardless of your platform of choice.

A cross-gen version of the game is being sold for an increased price, which is abusive considering that most companies are opting for free upgrades. We received a cross-gen code, but I highly recommend avoiding this option as it will only encourage predatory practices.

Sound quality was a big issue in Modern Warfare, making it hard for players to pinpoint the enemies’ location. The sound effects themselves were fine, but the mixing and spatial audio were all over the place. I can safely say that Cold War is a marked improvement in this regard, but now the sound effects are worse; guns sound way too bassy and samey, and many times it feels like you’re shooting through an aluminum can. I feel like this is a conscious creative decision, as Black Ops 4‘s guns also had that feeling. Nope, not for me. 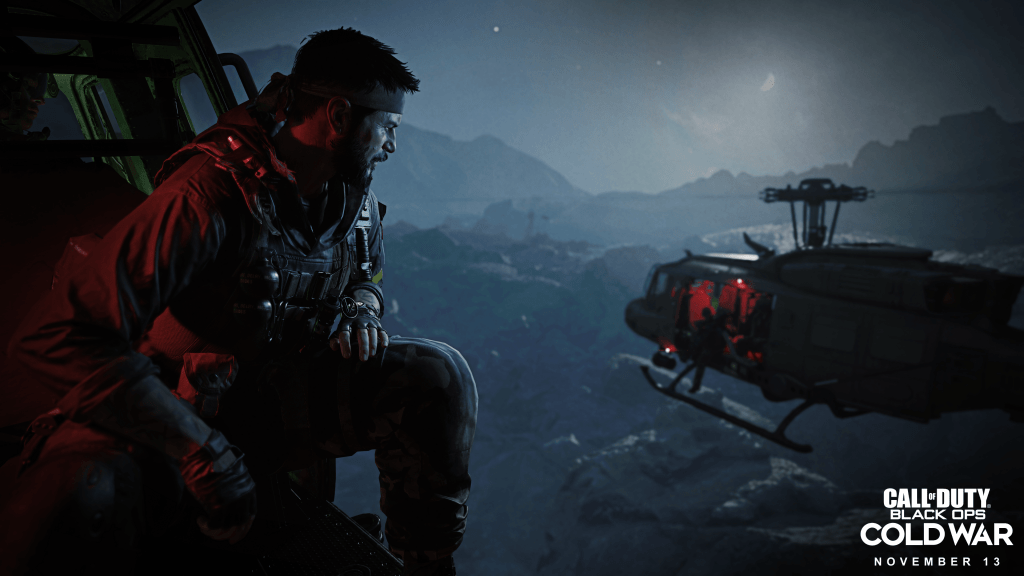 As it stands, Cold War feels like a return to form for the Black Ops saga, but a step back for the franchise as a whole. The devs at Treyarch seem to be making amends for past wrongs, and in doing so, they have rejected the path forward laid by Infinity Ward. I appreciate they are staying true to their identity and fixing some of Modern Warfare‘s mistakes, but too many elements of the core experience feel outdated at this point, and there’s a conscious effort to try to please nostalgic fans instead of bringing in new players. Funnily enough, Raven has gone in the opposite direction with a bolder story mode which only has the problem of not having more development time (it’s short and rough around the edges).

If you are in the mood for Black Ops 1.5 but shinier, Cold War is for you. If Modern Warfare ’19 managed to catch your attention after years of stagnation, stick to that one. I’ll be spending more time with this installment in the future, as the post-launch plans look engrossing enough, but I hope 2021’s Call of Duty looks to the future and forgets about the past.

Thanks to Activision for the review code.