Disney Plus Gets Dangerous with ‘Darkwing Duck’ Reboot in Development 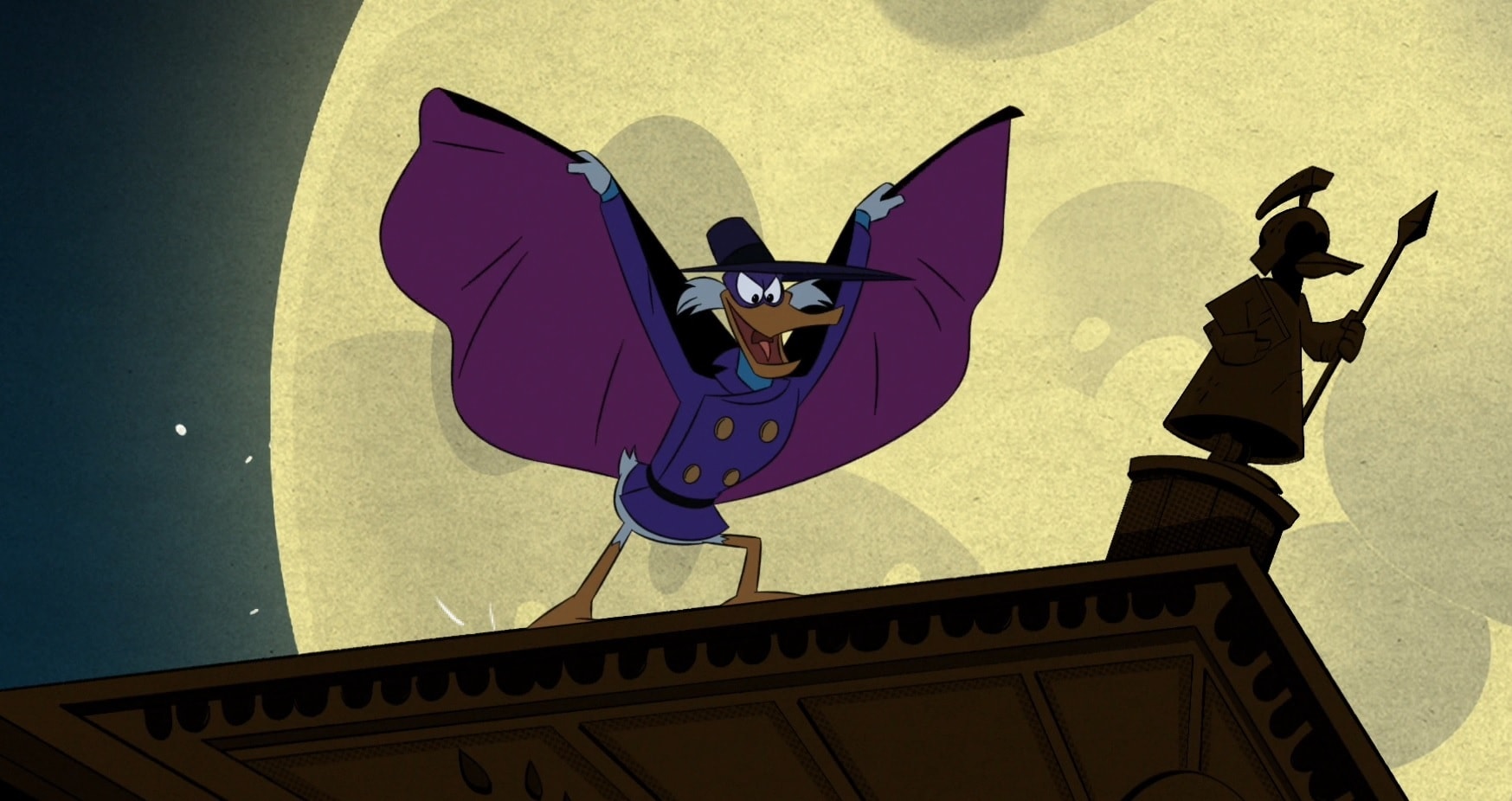 The terror that flaps in the night is back as Disney+ begins development on a new Darkwing Duck series.

According to Variety, work has begun on a reboot of the popular Disney Afternoon show for Disney+. The series is in early development with no writers currently attached, but Variety’s sources say the show will be executive produced by Seth Rogen, Evan Goldberg, James Weaver, and Alex McAtee of Point Grey Pictures, with McAtee overseeing the project.

After running for three seasons in 1991-1992, Darkwing recently made his return in Disney’s rebooted DuckTales and was last seen in the hour long special “Let’s Get Dangerous” last month.

With the show in such early development, and Disney declining to comment on Variety‘s report, it’s not known whether this reboot would be set in the same world as the new DuckTales series, where Darkwing Duck was an old TV superhero before Drake Mallard assumed the identity in real life, or set in it’s own continuity with shared characters (like Launchpad McQuack) but a different history and story.

Whilst the series is likely a few years away, hopefully we’ll get official confirmation from Disney at their virtual Investor Day event on December 10th.