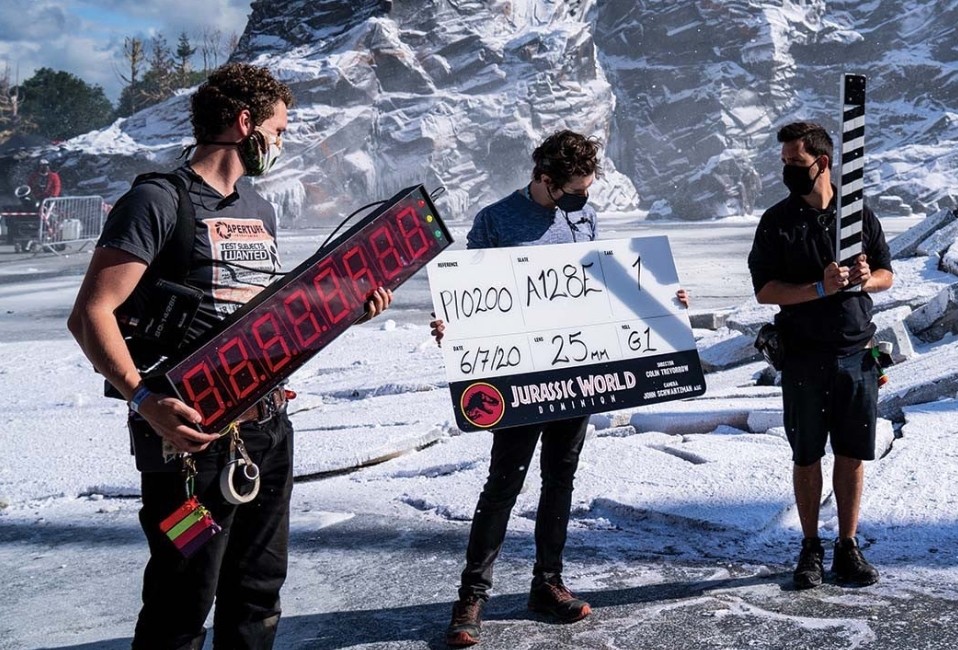 Colin Trevorrow shared the news today on Twitter with a photo of the original Jurassic Park trio ready for more prehistoric action:

The tweet is brief but lets us know things are under control despite the overall shakiness of shooting a film of such magnitude during a global pandemic.

The shutdown, caused by a number of positive COVID-19 tests, lasted a little over two weeks. The news dropped just after Universal announced the next installment in the Jurassic franchise had been pushed a whole year to 2022. Jurassic World: Dominion is hitting less roadblocks than WB’s The Batman, another huge film currently shooting in the UK, but it seems like there is no such thing as “smooth sailing” anymore.

Meanwhile, Netflix, Universal, and DreamWorks Animation jointly announced that Jurassic World: Camp Cretaceous has been renewed for a second season. That animated series turned out to be a surprise hit among older viewers (not only kids) and opened many intriguing doors. Hopefully, that will satisfy most die-hard fans of the franchise while we all wait for this globe-trotting adventure to devour cinemas (if there are any left) on June 10, 2022.

By the way, Universal also celebrated Jeff Goldblum’s 68th birthday with a glorious meme that proves he can still pull off the famous “sexy pose” from the original Jurassic Park just fine:

Let’s just say it’s going well. Like really well. Happy birthday to the one, the only, Jeff Goldblum. pic.twitter.com/Go3NKs8r2Z