First Trailer for Disney’s ‘Raya and the Last Dragon’

Prepare to embark on a mythical quest through the land of Kumandra as a lone warrior sets out on an epic journey to save her homeland in the first trailer for Disney’s Raya and the Last Dragon.

First announced at last year’s D23 Expo, Raya and the Last Dragon stars Kelly Marie Tran (Star Wars: The Last Jedi) as Raya, a young warrior and daughter of her clan’s chief who sets out to find the last dragon, as she attempts to unite her people and save Kumandra from the villainous Druun. Joining her on this quest will be Awkwafina as Sisu. Currently bound in human form, Sisu is the fabled last dragon and needs Raya’s help to reclaim her true form and power.

The film is a series of firsts for Disney Animations Studios as it will be their first to feature a Southeast Asian actress in the lead role and the first to be inspired by Southeast Asia, with the creative team drawing inspiration from Vietnam, Thailand, Laos, Cambodia, Malaysia, and the Philippines, as well as from the personal experiences of co-writers Qui Nquyen and Adele Lim (Crazy Rich Asians). It is also the first feature length animated movie to be completed during the Covid-19 shutdown, something you would never be able to tell based on the incredible animation on display in the trailer.

Ahead of the trailer’s release on Good Morning America, Disney released a gorgeous teaser poster for the film: 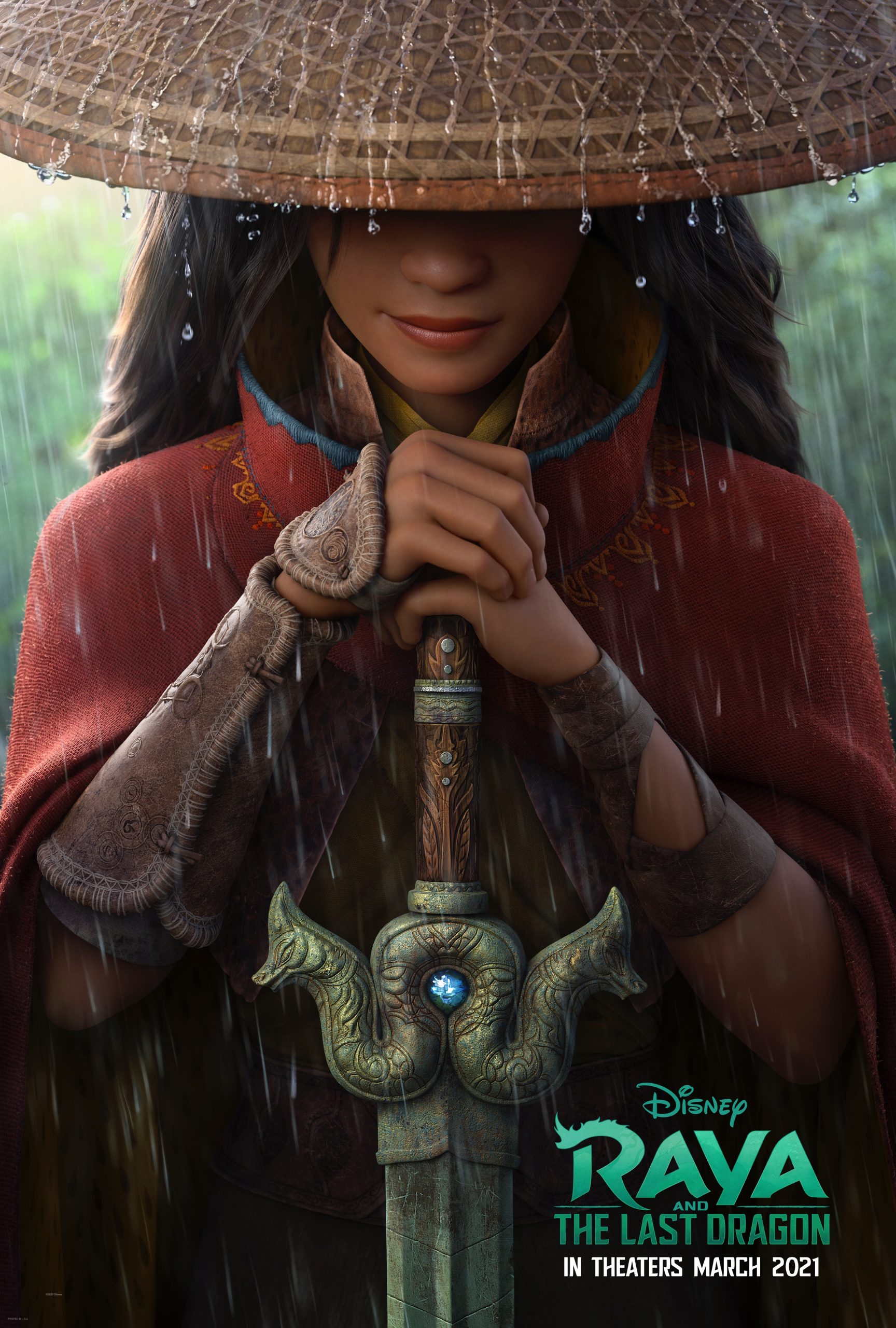 Restore peace. Find the last dragon. Long ago, in the fantasy world of Kumandra, humans and dragons lived together in harmony. But when an evil force threatened the land, the dragons sacrificed themselves to save humanity. Now, 500 years later, that same evil has returned and it’s up to a lone warrior, Raya, to track down the legendary last dragon to restore the fractured land and its divided people. However, along her journey, she’ll learn that it’ll take more than a dragon to save the world—it’s going to take trust and teamwork as well. From directors Don Hall and Carlos López Estrada, co-directors Paul Briggs and John Ripa, producers Osnat Shurer and Peter Del Vecho, and featuring the voices of Kelly Marie Tran as Raya and Awkwafina as the last dragon Sisu.

Raya and the Last Dragon is currently set for release on March 12, 2021.