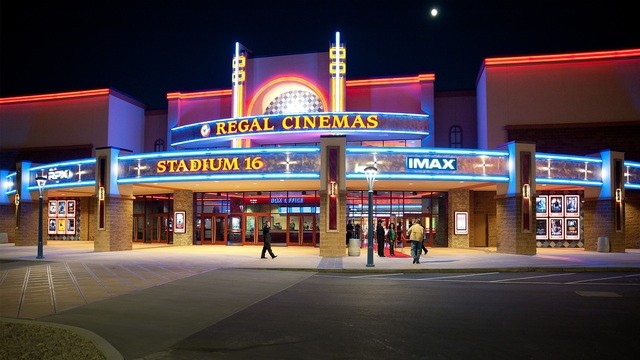 This morning Cineworld confirmed that all 536 Regal Cinemas in the US and 127 Cineworld and Picturehouse cinemas in the UK will close on Thursday, October 8, following the announcement that No Time to Die was being delayed until next year.

The decision, which will affect approximately 45,000 workers across the two countries, first leaked to Variety on Saturday ahead of staff being informed, prompting Cineworld to respond yesterday that, whilst a closure was under consideration, a final decision had not yet been made.

In a statement released this morning, the cinema chain officially confirmed the closure, saying:

In response to an increasingly challenging theatrical landscape and sustained key market closures due to the COVID-19 pandemic, Cineworld confirms that it will be temporarily suspending operations at all of its 536 Regal theatres in the U.S. and its 127 Cineworld and Picturehouse theaters in the U.K. from Thursday, 8 October 2020.

“This is not a decision we made lightly, and we did everything in our power to support a safe and sustainable reopening in the U.S.– from putting in place robust health and safety measures at our theatres to joining our industry in making a collective commitment to the CinemaSafe protocols to reaching out to state and local officials to educate them on these initiatives. We are especially grateful for and proud of the hard work our employees put in to adapt our theatres to the new protocols and cannot underscore enough how difficult this decision was,” said Mooky Greidinger, CEO of Cineworld.

As major U.S. markets, mainly New York, remained closed and without guidance on reopening timing, studios have been reluctant to release its pipeline of new films. In turn, without these new releases, Cineworld cannot provide customers in both the U.S. and U.K. – the company’s primary markets – with the breadth of strong commercial films necessary for them to consider coming back to theaters against the backdrop of COVID-19. These closures will impact approximately 40,000 employees across the U.S.

Greidinger added, “Despite our work, positive feedback from our customers and the fact that there has been no evidence to date linking any COVID cases with cinemas, we have not been given a route to reopen in New York, although other indoor activities – like indoor dining, bowling and casinos were already allowed. The prolonged closures have had a detrimental impact on the release slate for the rest of the year, and, in turn, our ability to supply our customers with the lineup of blockbusters they’ve come to expect from us. As such, it is simply impossible to continue operations in our primary markets.”

Regal will continue to monitor the situation closely and will communicate any future plans to resume operations at the appropriate time, when key markets have more concrete guidance on their reopening status and, in turn, studios are able to bring their pipeline of major releases back to the big screen.

Whilst the closure has been announced as a “temporary suspension”, no reopening date has been announced, with Variety‘s sources suggesting that the cinema chain may not reopen until next year if the planned December releases for blockbusters such as Wonder Woman 1984 slip again.

Cinema fans have enjoyed seeing classic films like The Empire Strikes Back on the big screen again, but it has not been enough to convince the majority of audience members to return. And the disappointing box office haul of Tenet, along with the start of a second wave of the virus on both sides of the Atlantic, has seen studios pushing the blockbusters that theatres need to survive back to Christmas and into 2021 in the hopes that the situation will have improved enough for audiences to feel safe to return. According to The Guardian, Cineworld plans to “monitor the situation closely” as it waits for distributors to confirm release dates for the blockbuster films they need to reopen.