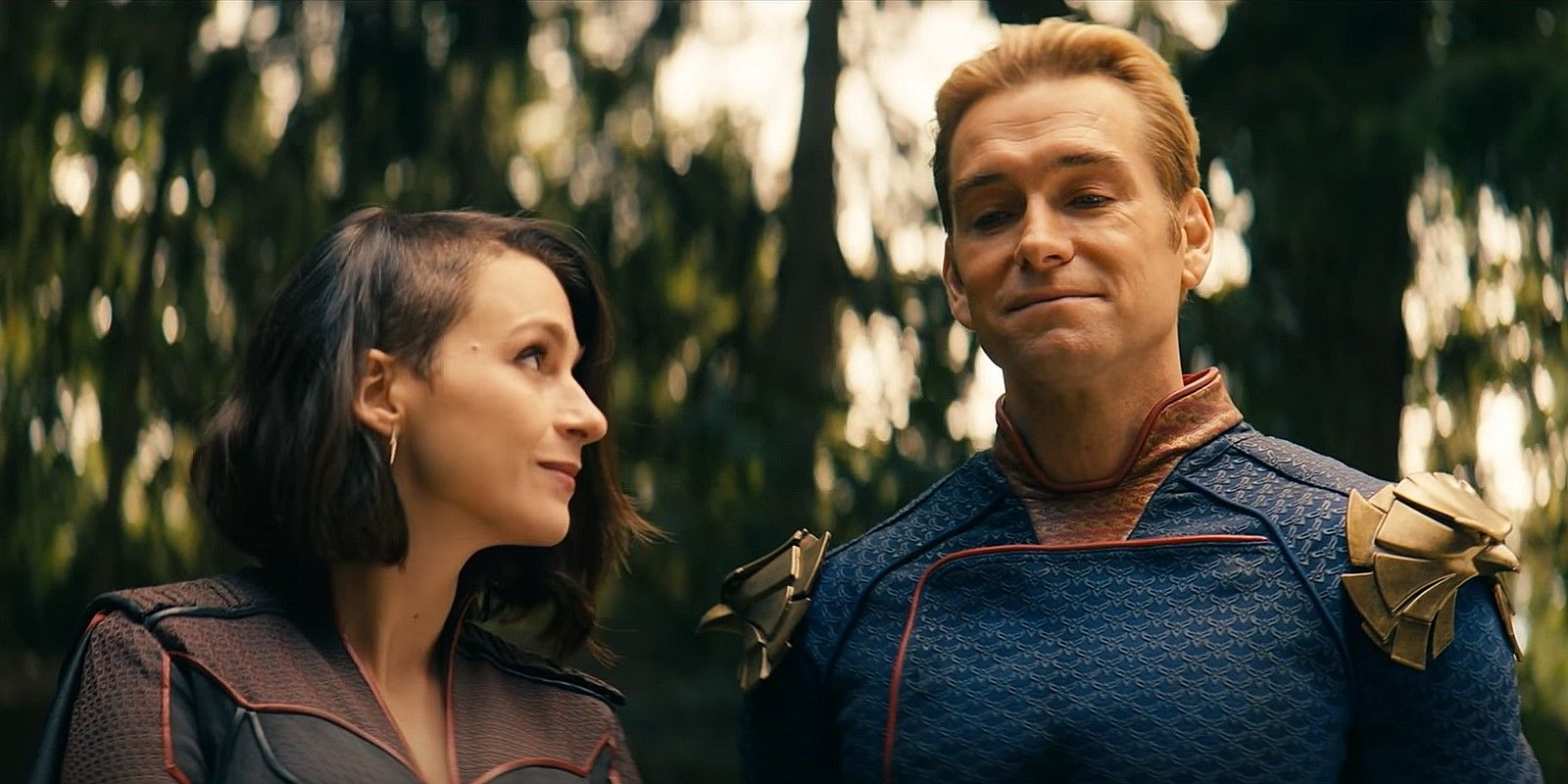 The Boys just made my head explode.

Warning: spoiler alert for episode 7 of the second season of The Boys.

This episode really feels like the episode prior to the season finale of a show. It collects everything that has happened until now, recontextualizes some storylines, and leaves us with a big cliffhanger so that next week’s episode will be an all-killer-no-filler (I’m assuming, at least).

Let’s start with the elephant in the room. The plan to take down Vought took a big step forward, and our team managed to convince two witnesses to testify against the company, although they never had them both at the same time. Jonah Vogelbaum was forced to come in after Butcher threatened his entire family, and then the plan just went off the rails. I have to say, I was expecting something big to happen when I realized the Congress hearing was happening in the last four minutes of the episode. I was expecting Vogelbaum to testify, and then Vought would strike back with an argument none of us expected. Well, I wasn’t exactly right, and that scene had me on the edge of my seat for several minutes, so well done.

It is very clear that Vought orchestrated this, and none of the members of the Seven knew about it. Interestingly enough, I wasn’t able to spot Giancarlo Esposito’s Mr. Edgar, so that’s a good theory I think. Even though I still have many questions about that final scene, the one I need answered right now is how people will react. It was broadcasted live on TV, so the entire world saw it less than two minutes after it all went down. In an episode that was so focused at the beginning on how the world is reacting to Stormfront and Homelander’s political alliance (and also romantical, but that wasn’t really the main focus) as the heads of a new far-right movement, I wonder how they will play into the reaction from people.

Also, this is a show that points the finger at many of the problems of our society by showing how we would react (and do react, as a matter of fact) to several circumstances. The ultimate example of this is the opening scene of this episode, in which we see a young man who could stand for millions of Americans exactly like him, who is so convinced by the propaganda he sees on the Internet, that it starts to get into his head and make him do things he couldn’t think possible before.

And we haven’t even started talking about Lamplighter, who took yet another fascinating character turn in this episode. On a simple basis, and even though it seems tough and insensitive to say it, he kind of acted like a selfish individual, who probably never intended to make up for the damage he made by uncovering the people behind it, and instead just wanted to heal himself, by doing the exact opposite – burning himself to the ground. It seems like something harsh to say about someone committing suicide, and I acknowledge that, but I also think this is yet another layer of depth The Boys is giving us.

However, they tried to set up his motivation was always to be a hero, to make his father proud, and the only way that could happen now after what he did, was to set himself on fire. The introduction of his father as an important figure for his acts seemed a bit anticlimactic to me, although to be fair they didn’t give themselves a lot of time to fully develop the character, so the act of suicide was more of a shock for the plot rather than the story, even though once he saw his statue wasn’t there, his true intentions seemed pretty clear to me already. That might have been on purpose, however.

Another big storyline I haven’t been talking much about this season is Maeve’s. In this episode, her girlfriend Elena finally leaves her, which was a major disappointment for her, as Maeve finally gave Elena what she always wanted, her real self, and she ran away because of that. It’s actually one of the most tragic relationships the show has given us. After that, she continued her path of redemption saving Starlight once again, this time from Black Noir, who all of the sudden has an allergy to tree nuts. I am very curious to see where she ends up in the finale next week.

It’s time to talk about another big twist that happens in this episode, and it is something that was a long-time coming. After several episodes, Homelander comes back to Becca’s home, this time with his new girlfriend, Stormfront, whom she introduces to his son. And those two are even eviler when they are together than the sum of the parts, so they made their ultimate move – they take over his son’s entire life, telling him he’s living in a fantasy world, so that he now antagonizes his mother, and then they take him away from her.

In my review of episode 4, I said that I anticipated that we’d get some closure for the story between Becca and Butcher this season, with Butcher having to accept the situation one way or another. This does nothing but confirm my suspicions, as I think that in next week’s episode Becca will somehow contact Butcher and tell him what is going on, or perhaps most likely, Homelander will come to Butcher bragging about what he’s done, and Butcher will end up closing his arc with Becca’s son, although I’m still not sure about which side he’ll fall on.

Once again, The Boys is turning out to be one of the best shows out there, and the emotional stakes for our heroes before the season finale could not be higher.