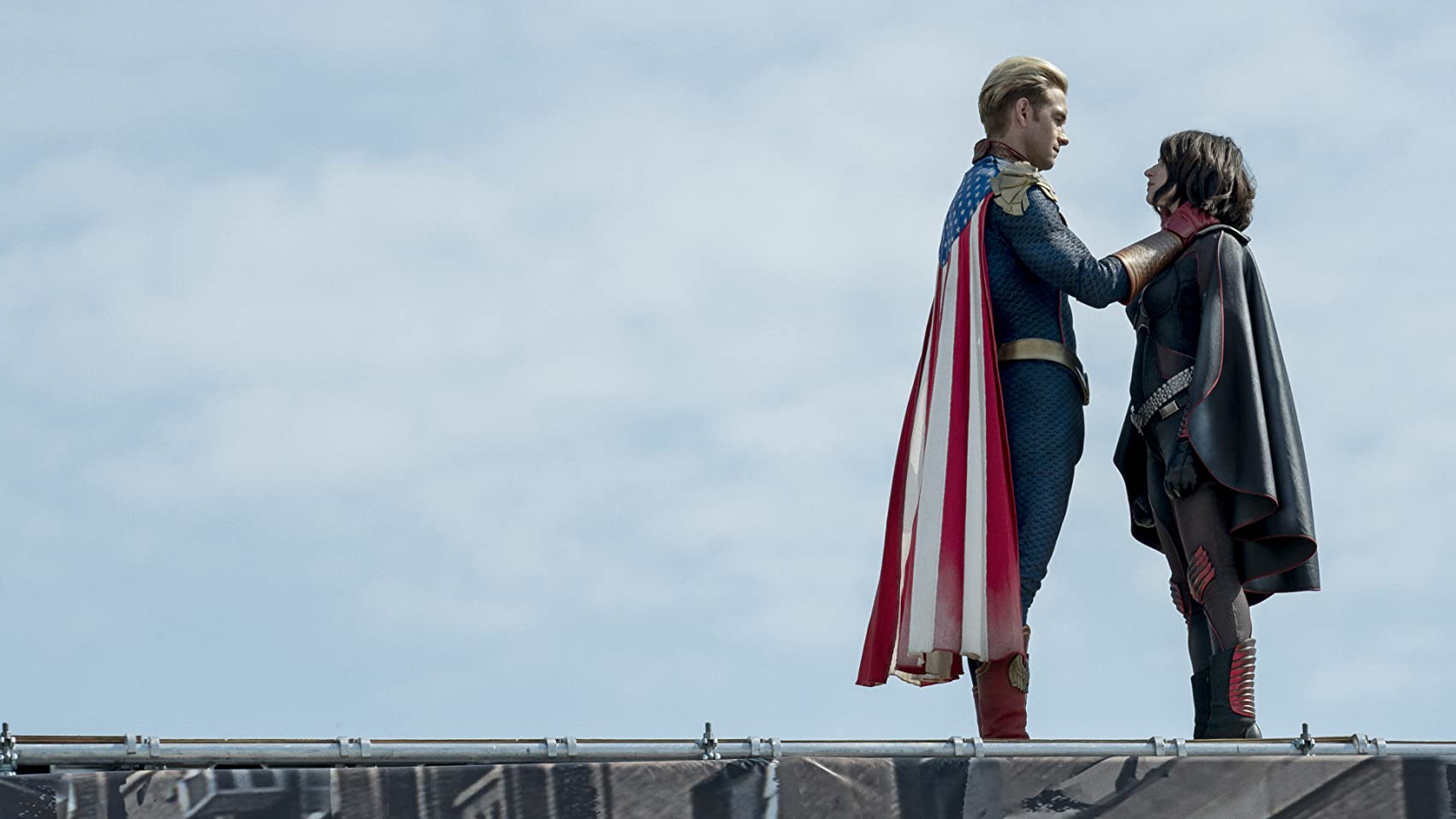 The latest episode of The Boys is probably this season’s best so far.

Warning: spoiler alert for episode 6 of the second season of The Boys.

I’ve been saying in my other reviews for this season that storylines are much more character-centric than the ones from Season 1, and this episode is just the perfect example of that. Every single character that appears in this episode is being faced with a challenge that reveals a new insight into their minds. Let’s break it down.

The biggest emotional impact of the episode comes from Frenchie, who is forced to face that which he fears most – his inner demons. Up until now, the only exploration of his character has been done through the character of Kimiko, which, as I’ve mentioned before, is something that was running out of steam, and they needed to come up with something new. Well, they did, and they delivered an amazing episode with it.

Before this episode, we knew that Frenchie was a character who had struggled with addiction, and also with a moment that happened long before the story of The Boys started, in which an unknown supe (at the time) burnt two children alive, who then turned out to be Colonel Mallory’s grandchildren.

In this episode, we know that both problems really merged into one in a disastrous night that we finally got to see in this episode, and now Frenchie was forced to relive all of that when they came across Lamplighter. And it didn’t stop there, because as a result of that encounter, Lamplighter was also forced to relive his worst memory, which also turned out to be that night, and so we found ourselves in the middle of a double-character mental breakdown, in which they were also forced to work with each other to solve a seemingly unsolvable problem given by the situation – them facing an army of supes.

It was really amazing overall, both the idea and the execution, and then they upped it when Mallory came into the picture, with her now also struggling with the current situation – when she thought she had found some sort of peace, she has now to relive everything. To quote Michael Corleone, “Just when I thought I was out, they pull me back in!”

The other great storyline of this episode, which crossed paths with the Lamplighter one, is the Homelander & Stormfront one. During the majority of the episode, we saw through Homelander’s eyes his inner fears come to life. He was so irrelevant that just when he thought he had found someone again who would make him feel important, that person (Stormfront) not only was ignoring him but also lying to him. He, the most powerful being on Earth, was a nobody.

But then, Stormfront revealed to us what was going on. As it turns out, Homelander’s fears were not realistic, as Stormfront always considered him the key figure in a massive conspiracy, and also saw him as the most important person (if we can call him that) in her life now. She had finally found someone who would understand him. I’m still not sure if those are her real motivations, but I’m actually good either way – if they decide to make her even more twisted and it turns out she was actually lying to Homelander now, I’d probably like that idea, and if it turns out she was telling the truth and her plan was always to convert him to lead an army of supes to war against humanity in a very Magneto-esque way of thinking, I’d be on board too, I believe. We’ll have to wait and see.

And finally, we come to Hughie, who is now acting as a metaphorical church where both Butcher and Starlight come to reveal their sins, both to each other, and themselves too. It was very interesting to see Butcher’s reaction to Hughie getting hurt, and while the two of them geeking out about Hughie’s likes at the end was a bit too cheesy for me, I like where things are going with him, and I’ll be very curious to see how Becca comes back into the picture and how all of this affects the way Butcher acts now.