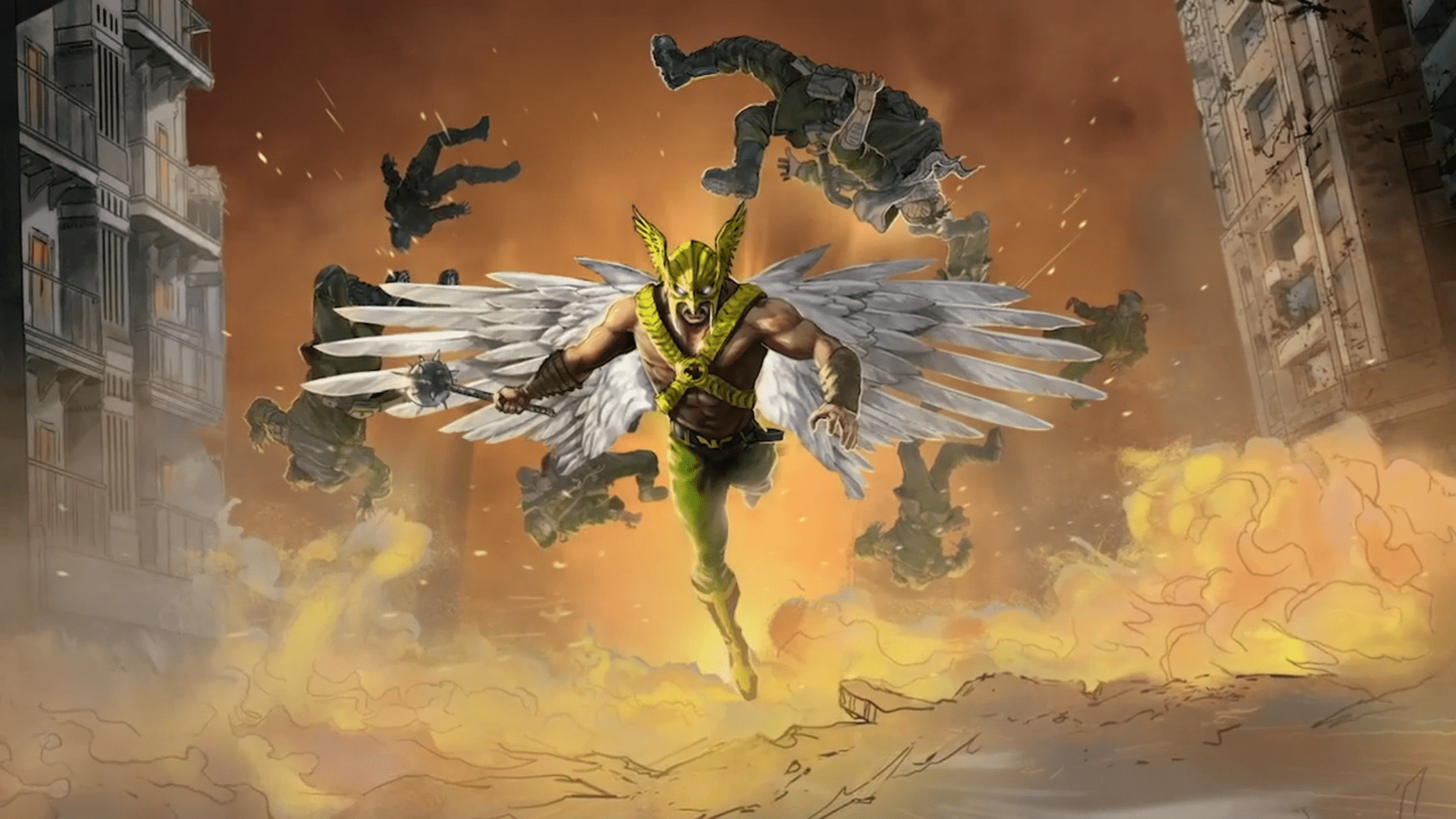 Black Adam has found its Hawkman.

The Hollywood Reporter is exclusively reporting that Aldis Hodge (The Invisible Man) has been tapped to play the live-action version of Hawkman in the upcoming Black Adam, starring Dwayne “The Rock” Johnson. Hodge is now in final negotiations, which means that only some of the details of the contract have to be cleared up.

As announced by Johnson in the most recent online event DC FanDome, Black Adam will feature four characters from the Justice Society of America, Atom Smasher (to be played by Noah Centineo), Hawkman (Aldis Hodge), Doctor Fate, and Cyclone. These last two have yet to be cast.

Black Adam was created in the comics as the archenemy of Shazam, as he was granted the same powers back in Ancient Egypt, but was corrupted and fought his way to modern times.

Most recently, Aldis Hodge appeared in Leigh Whannell’s Invisible Man, and will be seen again in the upcoming One Night in Miami, directed by Regina King, which debuted to very strong reviews in the Venice and Toronto Film Festivals.

Black Adam was supposed to start principal photography back in the summer, but the coronavirus got in the way. Now, it’s set to begin filming either late winter or in the spring of 2021, in order to make its December 22, 2021, release date (which under the current circumstances is obviously subject to change).

Black Adam will be directed by Jaume Collet-Serra (Jungle Cruise, The Shallows), with a script written by Adam Sztykiel (Rampage), and Rory Haines and Sohrab Noshirvani writing the most recent draft. It will be produced by Beau Flynn and Hiram Garcia. Dwayne Johnson, who is also acting as executive producer, is set to play the title role, with Noah Centineo playing Atom Smasher, and now Aldis Hodge set to play Hawkman.