‘Peacemaker’, a Spin Off of ‘The Suicide Squad’, Is Coming to HBO Max 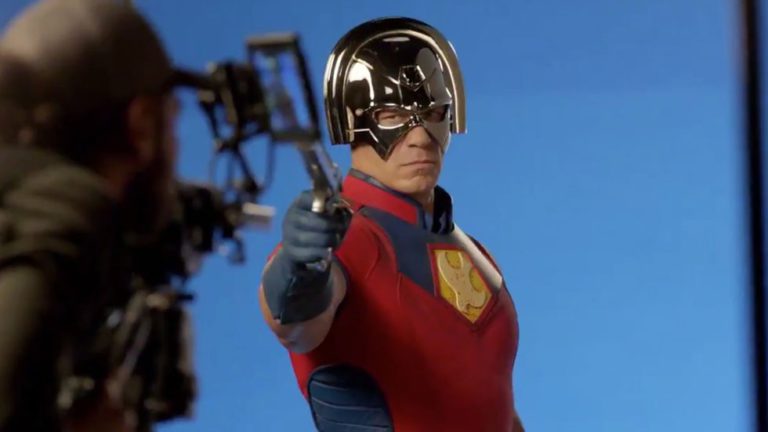 HBO Max is giving Peacemaker his very own series on the streaming service, which will be a Suicide Squad spinoff.

John Cena will be reprising his role as Peacemaker from James Gunn’s upcoming reboot, which suggests good things about the film and his role in it. HBO Max are so confident in its success that they’ve ordered an eight-episode season right off the bat.

Fans speculating if this means that Peacemaker will survive The Suicide Squad should know that this in no way guarantees such a thing. Deadline confirms that the show will explore Peacemaker’s origins before the film. The show will expand the world that Gunn is creating in his film, which is currently slated to arrive on August 6, 2021.

James Gunn and The Suicide Squad producer Peter Safran will be executive producers on the series, with John Cena also working as co-executive producer. The show will be produced by Gunn’s Troll Court Entertainment and The Safran Company, in association with Warner Bros.

For those unfamiliar with the character, Peacemaker is something of an anti-hero; a man who believes in peace no matter what the cost. He has no problem killing as many people as necessary in order to achieve that goal.

James Gunn had the following to say about the Peacemaker series:

Peacemaker is an opportunity to delve into current world issues through the lens of this superhero/supervillain/and world’s biggest douchebag. I’m excited to expand The Suicide Squad and bring this character from the DC film universe to the full breadth of a series. And of course, to be able to work again with John, Peter, and my friends at Warner Bros. is the icing on the cake.

John Cena also had some very kind words to say and shared his excitement for the upcoming project:

I have said before that it has been a tremendous honor and an incredible opportunity to be part of The Suicide Squad and to work with James on what is going to be a fantastic movie. I am unbelievably excited to have the chance to team up with him again for Peacemaker. We can’t wait for fans to see this.

Casey Bloys, the Chief Content Officer at HBO Max, was similarly excited to bring Peacemaker to the streaming service:

James Gunn has the unique ability to create an expansive universe while also bringing to life the soul and wit of each character. We look forward to a deep dive into the world of Peacemaker.

Peacemaker will be going into production in early 2021 before Gunn begins work on Guardians of the Galaxy Vol. 3. It’s possible that the series will aim for an early 2022 release, a few months after The Suicide Squad should debut in theatres.